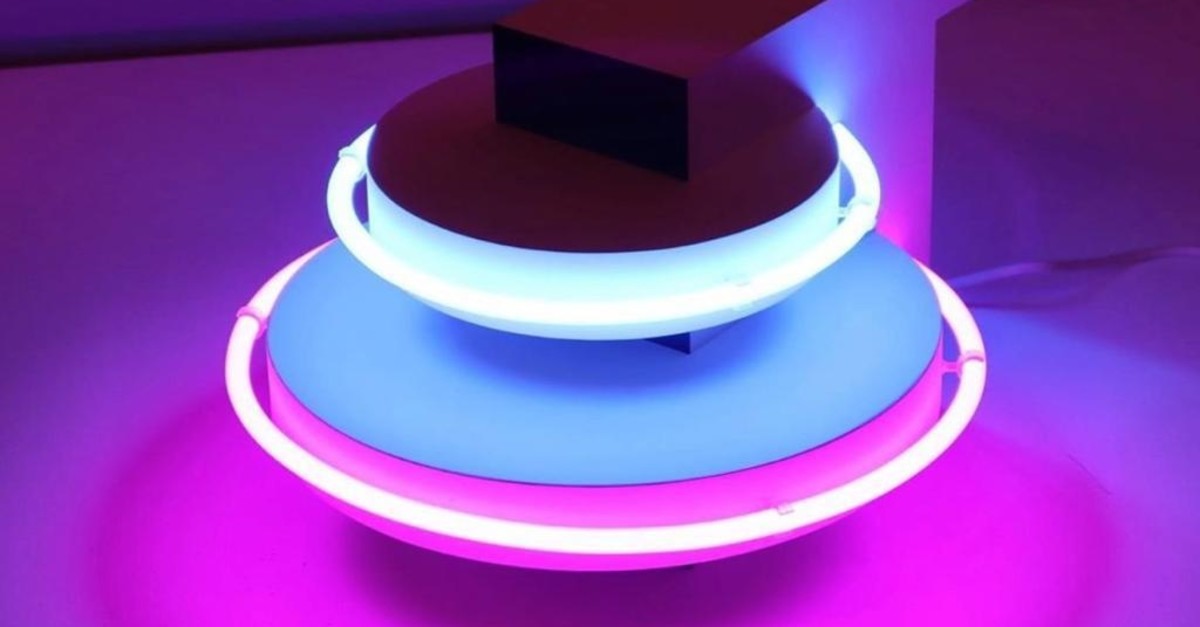 At the inaugural show of Istanbul's newest art space KoloniX, the all-women collective Factory 20/20 came together to mount, 'The Shape of Things,' an exhibition by five artists of varying disciplines

In 2019, photographer Sıla Yalazan had just come off a major project in Tarlabaşı neighborhood in Istanbul's Beyoğlu district, training her eye for the portraiture of inner-city youth in the mixed neighborhood that has become synonymous with Istanbul's struggle to balance neoliberal gentrification with the preservation of its histories. She found her calling as a photographer in that district years ago, and its people became the muse for her first solo show, "Forbidden Games," held at Kiraathane Istanbul Literature House.

The faces and bodies that she captures through her lens are painted with emotion and resonate with the time that she spends at their side, inhabiting their space, humanizing the elements of their self-expression and placing accents on how they dress, look and even feel about themselves. Her medium, while steeped in the mechanics of depersonalized modern technology, is deeply informed by art history, particularly that of Bauhaus and the Russian avant-garde.

Known for her strange and irresistible self-portraits, photographer Gertrude Arndt often garbed herself in clothes that evoked the overpowering potential of fashion and its ability to bend gender and prep the body, psychologically and physically, for various activities, whether mourning in a black dress or stretching at the gym in tights. Yalazan drew inspiration from Arndt, who was most prolific in the 1930s but went unrecognized until the 1980s. Factory 20/20 places special significance on foregrounding women's contributions to the Bauhaus legacy.

Yalazan stepped into a venue called Arkaoda, in Kadıköy, where she first saw Kardelen Cici perform in the style of interactive vaudeville theater. All of the wildest sorts from the arts and lifestyle scenes were out singing, dancing and glamorously showing off their rainbows of human diversity. The atmosphere evoked the treasury of talent that emerged during the Weimar Era, Germany's first experiment in democracy, which spawned Bauhaus and other early modern movements that would galvanize new cultural expression around the world.

The fruit of their collaboration is on display at "The Shape of Things" in KoloniX, neighboring a slew of other contemporary art galleries interspersed by antique shops, a blend of tradition and modernity between Tophane and Cihangir. Admittedly produced in just weeks, Yalazan stood behind the results of her photo shoots with Cici, installing a series of four double-exposure photographs that represent her creative pedagogy. Cici learned a slice of dance history, basing her poses on the Bauhaus choreography of Oskar Schlemmer.

After a six-year gestation, Schlemmer employed performer Elsa Hotzel to premiere Triadic Ballet in 1922. The piece became the most successful avant-garde contribution to dance at a time when modernism was just beginning to take hold of the form and its rigid, highbrow audiences. Turning the industrial paradigm of robotic automation into an art form was a proud moment for the Bauhaus school, where Schlemmer worked at the theater workshop. One hundred years later, Cici was adapting his vision for Istanbul's art lovers.

Mirroring one of Yalazan's photographs in which she is adorned in a caped robe ensemble designed by Lale İnceoğlu, Cici performed live at the Friday night opening on Jan. 31 to mark not only the first show at KoloniX but a new precedent for artistic collaboration within the Turkish culture sector. The empowerment of women in leadership roles, self-curation and independence from the art establishment are the crux of Factory 20/20 as an innovative social concept. Their motto is "Women in the Creative World."

Eight pieces of fashion by İnceoğlu are exhibited at "The Shape of Things," including four that she designed exclusively for the show. Having worked in education as a teacher for over 20 years, İnceoğlu decided to take the helm of her creative life by studying fashion at Istanbul Moda Academy, culminating in her graduate collection, "Cosmic Love," from which she contributed to "The Shape of Things." Her clothing celebrates primary colors, bold shapes and the retro-futurism of Bauhaus.

"When we got together to talk about a Neo-Bauhaus show, I considered doing new costumes, but then we decided that these were perfect for the kind of images and movement we wanted," İnceoğlu explained in writing. "Just like the Bowie glam rock costumes were inspired by the shapes and forms of Bauhaus, this collection was rooted in the colors of the Bauhaus and developed with a sort of glam-retro futuristic aesthetic. We wanted to give the dancer an air of mystique and give an overall 'darker' effect so we created it with a face mask." 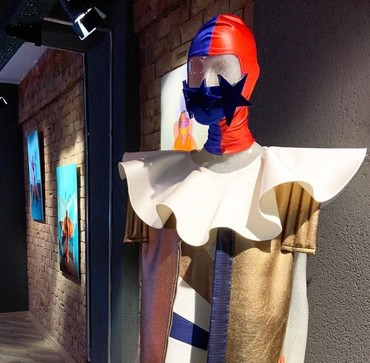 To illuminate the past

"I met with Lale (İnceoğlu) and we were talking about feminist waves," said Cici, who identifies as an installation-based performance artist. "I brought a book about movements in art from the last two centuries. I mentioned Judy Chicago. I was really inspired by her work, 'The Dinner Party' (1979), in my first year in college. I wrote about this. Something was inside of me always to do women's collaborative work. When I found Factory 20/20, I was feeling confident, because I was always in the men's world."

One of the best-integrated elements that makes the show buzz are a series of neon light sculptures by British designer April Key, who has called Istanbul home for seven years. Specializing in interiors, her talents complemented the space at KoloniX, which is less of a gallery cube than a concourse of three adjacent rooms which increasingly darkens toward a bare studio in the back in which Yalazan's videography projects against a piece by Key. Drawing from Istanbul's flea markets, her series "Ocean Drive" resurrects Bauhaus Miami.

After meeting a multigenerational artisan crafting neon out of a workshop in Kadıköy, Key devised sharply defined shapes, such as rectangles, cones, globes and triangles. Their plastic aesthetics harmonize seamlessly with her attention to vibrantly colored light, as her pieces beam with a spectrum to match the vivid dyes of İnceoğlu's clothing, Yalazan's video and Cici's movements. And, midway between the blended collaborations of Factory 20/20's voice, the young artist Özge Çokgezen shows her video installation, "A Period of Colorful Actions."

"All of the installations should be specific to the corners and spaces. I waited to see the exact point where I would show. This is my first solo expression," said Çokgezen, over the glitch electronica designed for her video by Ebru Gümrükçüoğlu. "I've been doing art since childhood and professionally since high school. I studied at two fine arts universities and worked at art organizations. In the public, it looks like I'm a businessperson. I started to write about myself and art life. I made this to show everyone I'm making art."