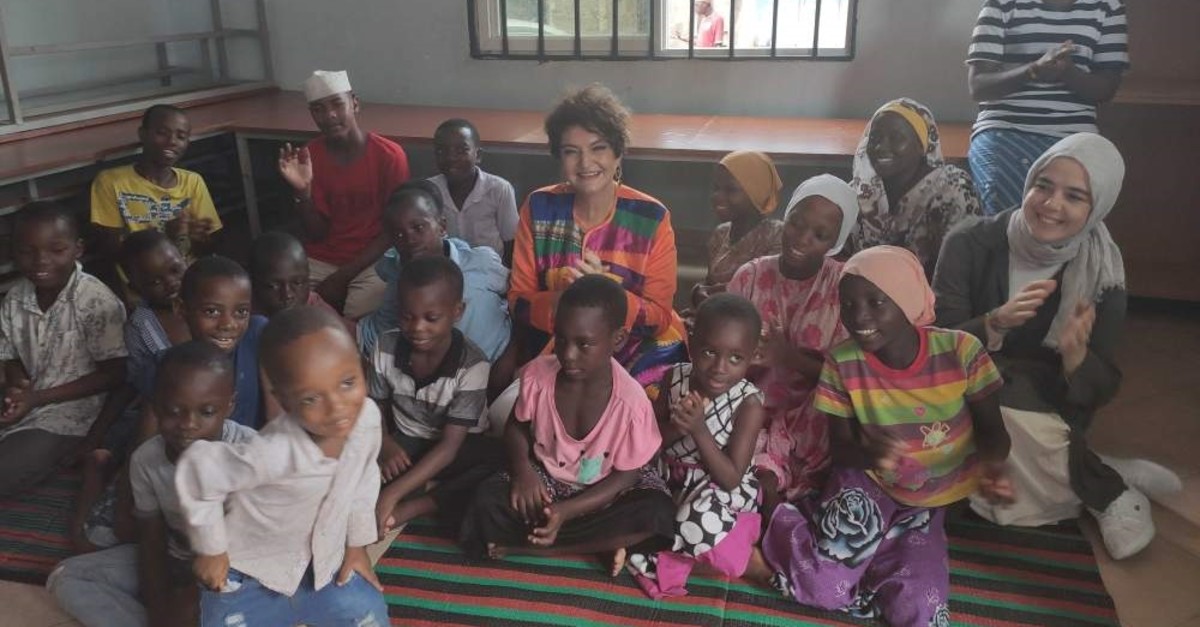 Turkey's interest in Africa has been rising gradually in the last few decades. Increasing trade volumes and huge investments have come along with political convergence and more cultural interactions. Many state organizations including the Turkish Cooperation and Coordination Agency (TİKA), the Turkish Maarif Foundation and Yunus Emre Institute are working on a wide range of areas, from establishing hospitals and schools to providing education and vocational training. A rise in the number of embassies, from 12 in 2002 to 42 in 2019, highlights Ankara's ambitions and growing presence in the continent.

In some cases, ambassadors play a crucial role in establishing this convergence with their personal efforts. Turkey's ambassador to Tanzania, Ali Davutoğlu, and his wife Yeşim Davutoğlu are exceptional examples of this. Davutoğlu was appointed in the African country in 2017 for his second term, which is an extraordinary practice in the Turkish Foreign Ministry. The wide range of charity works carried out by the ambassador's wife – nicknamed "Mama Turkey" by locals – brought her countrywide fame. Her efforts range from opening an orphanage to drilling water wells and establishing a village for Albinos who are persecuted with a wave of ritual killings and amputations due to superstitious beliefs. With the support of the Turkish community, she established the Ashura foundation to bring all charity activities under one roof.

"I felt very bad when I visited the orphanage in Dar es Salaam for the first time. Children were sleeping on the ground and not having proper meals. Then I decided to do something for them," Yeşim Davutoğlu told Daily Sabah.

The pair adopted a 4.5-year-old boy named Osman two years ago from the orphanage. They also become a foster family for a high school girl, Ayşe.

Children receive care until the age of 18 in the orphanage. During that time, officials provide vocational training or help them learn a craft, so they can provide for themselves after leaving the center. The foundation also pays attention to religious differences in orphanage. Both Muslim and Christian students have special classes weekly according to their beliefs.

"Also, we let Muslim and Christian orphans once a week to go their place of worship, respectively on Friday and Sunday," Ms. Davutoğlu said.

The foundation provides vocational training to women living in nearby areas. Jamal S. Mohammed, a graduate of Ankara University who is now general secretary of Ashura Foundation, told Daily Sabah that stitching is one of the popular crafts that the foundation provides training for. He added that Singer, a manufacturer of sewing machines, promised to send them 500 machines after they heard about the foundation's activities.

"With these sewing machines, we will be able to give training to many more women," Mohammed said.

He added that the construction phase of the Albino village project will also be launched soon.