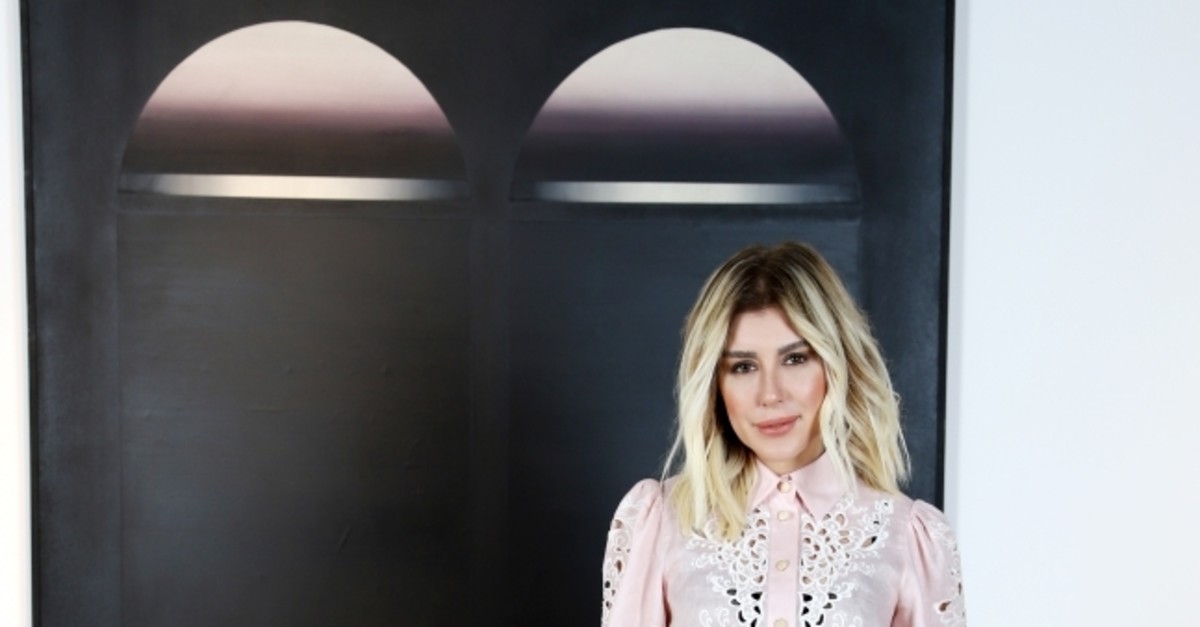 Dolmacı said she and her team wanted to create a platform to make young artists visible in the world of art. The gallery, with its focus on young artists, has held an important place among art enthusiasts in the past five years.

To celebrate their five-year anniversary, Dolmacı announced that they are presenting three exhibitions at their new art space called "Sevil Dolmacı Art Lab." Prepared around the concept of the apprentice-master relationship, the exhibitions were launched on Feb. 12 and can be seen until Feb. 29.

Speaking to Daily Sabah, Dolmacı said the first exhibition in the collection area of the gallery comprises of a selection of artists who made their marks on contemporary Turkish art, such as Adnan Çoker, Bubi, Burhan Doğançay, Erol Akyavaş, Ertuğrul Ateş, Mehmet Güleryüz, Mithat Şen, Neş'e Erdok and Ömer Uluç.

"The new space of the gallery, Sevil Dolmacı Art Lab, hosts the first solo show by Ahmet Oran at the second exhibition. Trained by abstract artist Çoker, who has artwork in the first show of the gallery, Oran offers his latest productions to art enthusiasts in this exhibit named 'Untitled,'" the gallerist said.

The temporary exhibition area of the gallery showcases the third show titled "Transformation" by Figen Batı. Receiving training at the workshop of visual artist Ergin İnan, Batı celebrates her 30th year in the art community.

Figen Batı also spoke to Daily Sabah about her art life and latest show. Noting that she, along with her elder sister, used to watch their grandfather paint in their childhood, the artist said the turning point where she dedicated her life to art was when she chose to study fine arts at a university. "Even if it was hard to convince my family, standing behind my decision affected my whole career and character."

Batı graduated from Marmara University Fine Arts Faculty's Painting Department, which follows the Bauhaus Ecole. She had the opportunity to work with master artists, including Mustafa Pilevneli, Kadri Özayten and Hüsamettin Koçan, at various workshops. She also received art sociology and philosophy lessons from İsmail Tunalı, which influenced her perspective in art.

Following such an intensive training period, Batı embarked on a journey in the realm of painting. In line with her experience in this realm, she said: "It makes you feel so good when you transfer what is inside you on your canvas. I enjoy while applying my brush strokes, especially on larger canvases. Like in the creative process, I feel so content when I finish a painting." However, there are naturally some challenging parts of being an artist like all other professions. Batı primarily complains about not being understood as an artist by most people.

Saying that she is initially hesitant about what to paint on the canvas, the artist added that classical music helps to boost her imagination.

Batı will showcase her artwork from the last quarter of 2019 to February 2020 in her latest "Transformation" show. Choosing 10 works out of 25 with Dolmacı for this show, she noted that the color red especially dominates these productions.

Dolmacı lastly mentioned their future project for the first time to Daily Sabah. "In Beşiktaş Abbasağa, we will open a complex with a cafe, art shop and a four-story exhibition space where important shows will take place. The five-story historical space will be home to international exhibits. We aim to share our new building and exhibition program with art lovers as soon as possible, which excites us and our partners abroad."

Stating that the idea of creating a place where visitors can spend quality time around art and where they can be exposed to art was her biggest dream when she started the business five years ago, Dolmacı said, "I am excited to be one step closer to brave projects since I found the appropriate place to realize my dream."