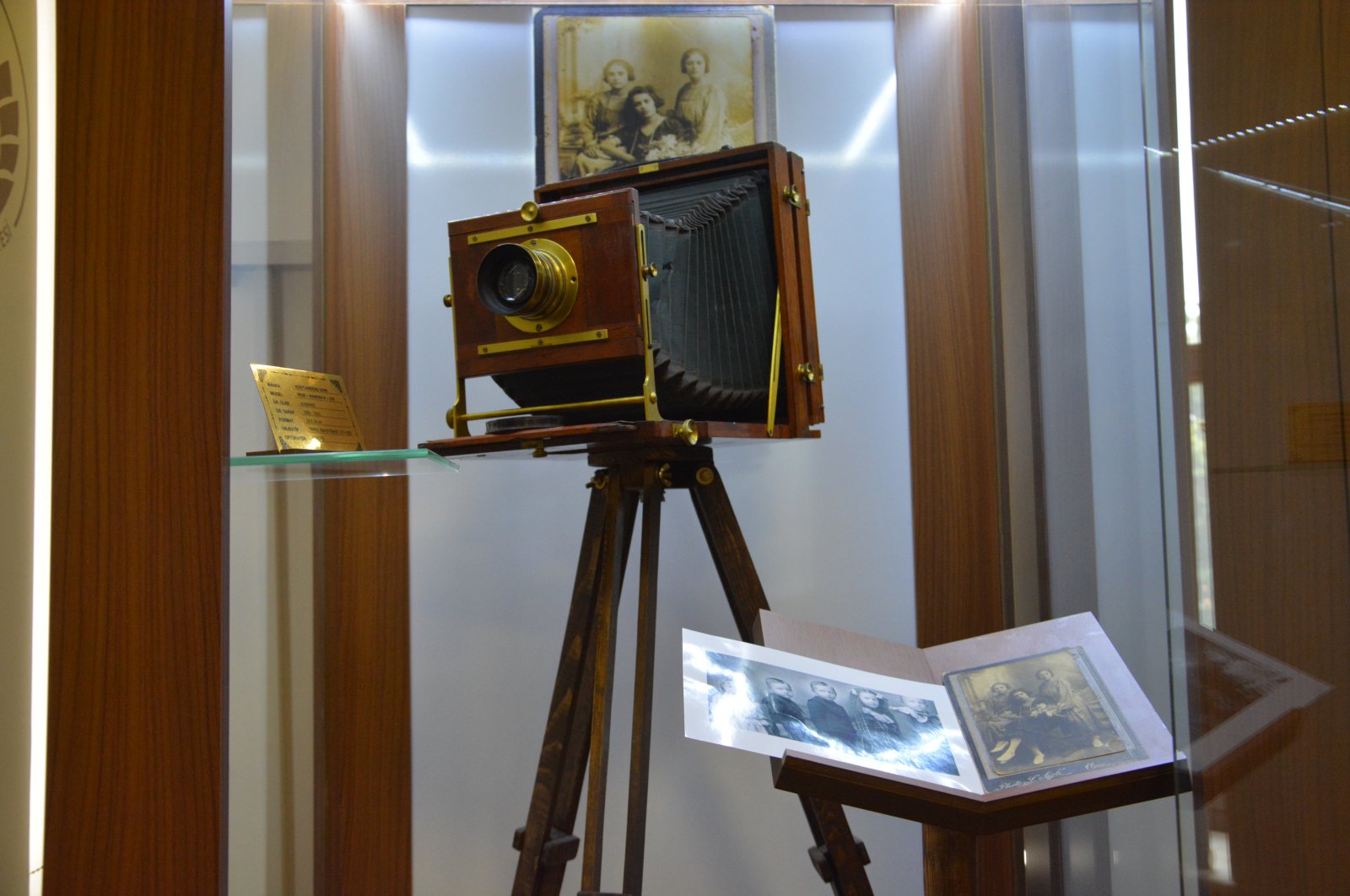 The 120-year-old camera was used in post-mortem photography in the past. (AA PHOTO)
by Anadolu Agency Jun 28, 2020 2:02 pm
Edited By Irem Yaşar
RECOMMENDED

A 120-year-old wooden camera, which is on display at the Camera Museum established in eastern Malatya province by the Metropolitan Municipality, comes to the forefront as the icon attracting the attention of visitors the most.

The Camera Museum, consisting of 2,023 cameras of various types, including bellows, analog and digital cameras, as well as 3,600 accessories, welcomes thousands of visitors every year. At the museum, cameras produced from 1876 to the present day are classified into 44 categories, and one of the most popular cameras in the museum is a 120-year-old one. The wooden camera, which was produced in 1900 and still works, is also known for its different intended use.

In an interview with Anadolu Agency (AA), Museum Director Irfan Tunay said the museum features a total of 5,623 pieces. Tunay stated that each camera has a different use, adding that the 120-year-old "Voigtlander" brand camera was used in the field of "post-mortem photography," which is the practice of taking a photograph of the recently deceased and not much known today.

Underlining that visitors are surprised to see it and wonder whether it was possible to take such photographs at the time, Tunay said, “The photographs were often manually taken with wooden cameras at the time. And in order to be able to take photographs with these cameras, one needed to pose up to 15 minutes in front of the camera.”

The camera was used nearly a century ago, Tunay said and still operates.

Tunay added that this wooden camera, like all the pieces in the museum, has attracted a lot of attention.

Nakip Gençkaya, one of the visitors, said that he developed a greater interest in cameras as he visited the museum. Emphasizing that the museum has an important value for Malatya, Gençkaya stated: “I have come from Ankara. When I saw the Camera Museum, I wanted to visit it with my family. There are so many valuable cameras and devices. I congratulate those who have collected all these cameras.”

Expressing that the 120-year-old wooden camera has attracted great attention and he was surprised to hear its intended use, Gençkaya said: “We came across a very different camera during our tour. This camera’s history must be kept alive as it refreshes people's memories. The museum is perfect in all aspects, and I thank those who have contributed.”