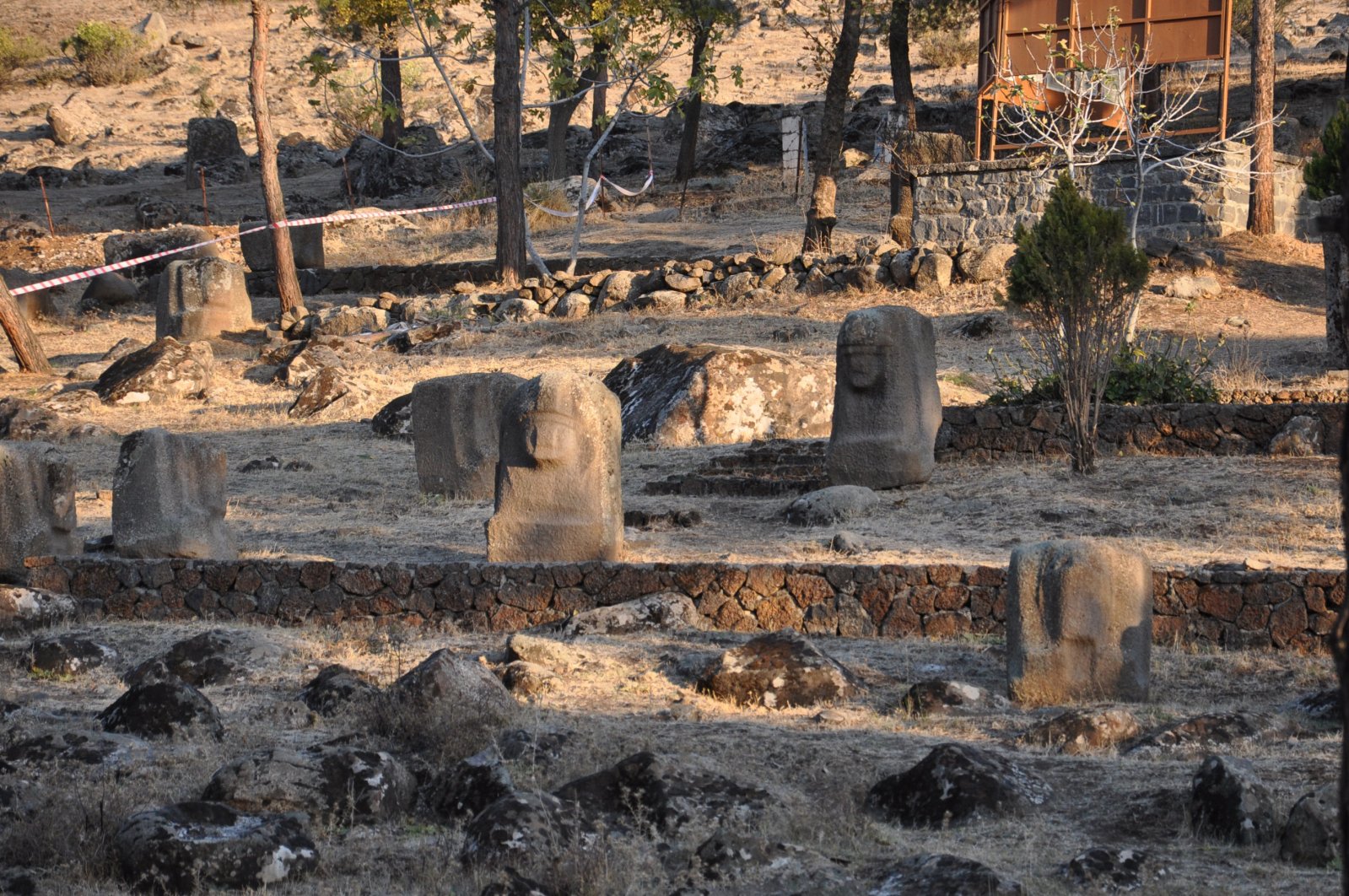 In the latest excavations carried out around the Yesemek Open Air Museum and Sculpture Workshop, located in the Islahiye district of southeastern Gaziantep province, archaeologists found 15 new sculptures.

The Yesemek Open-Air Museum and Sculpture Workshop, extending across 100 decares (24.7 acres) and included in UNESCO’s Tentative World Heritage List in 2012, showcases how the sculpture workshop was managed, as well as the techniques and materials used in the sculpture-making process. Discovered by German Institute of Eastern Research archaeologist Felix von Luschan in 1890, the site hosted excavations undertaken by Turkish archaeologists like Professor Bahadır Alkim and Ilhan Temizsoy at intervals in the later period. Thanks to these excavations, the museum displays sphinxes, sculptures of guardians and winged lions along with reliefs of mountain gods representing the Nur Mountains, war scenes and architectural pieces today.

The recent archaeological digs of the experts at the site added 15 more new sculptures, mostly comprising of figures of lions and sphinxes, to the collection of Yesemek. Speaking to Anadolu Agency (AA), the open-air museum director Özgür Çomak said that the artifacts were discovered during the excavations carried out under the presidency of Professor Atilla Engin.

Stating that they uncovered important findings in the excavations that started after about 31 years, Çomak said: "It was known that there were approximately 520 sculptures in the Yesemek Open Air Museum and Sculpture Workshop. However, our recent works proved there are more artworks hidden under the site. We will continue our archaeological studies and hopefully will uncover more sculptures.”

Reiterating that Yesemek is in a UNESCO process, Çomak said that they need more information and documents about the history of the site for its inclusion to the UNESCO World Heritage List. Noting that they have been sustaining their excavations for this purpose, the director continued: “Hittites produced sculptures using local stone from the slopes outside the quarry here. Yesemek is the largest and oldest sculpture workshop in the region. This place has a universal cultural value and we have to introduce this value to the world.”