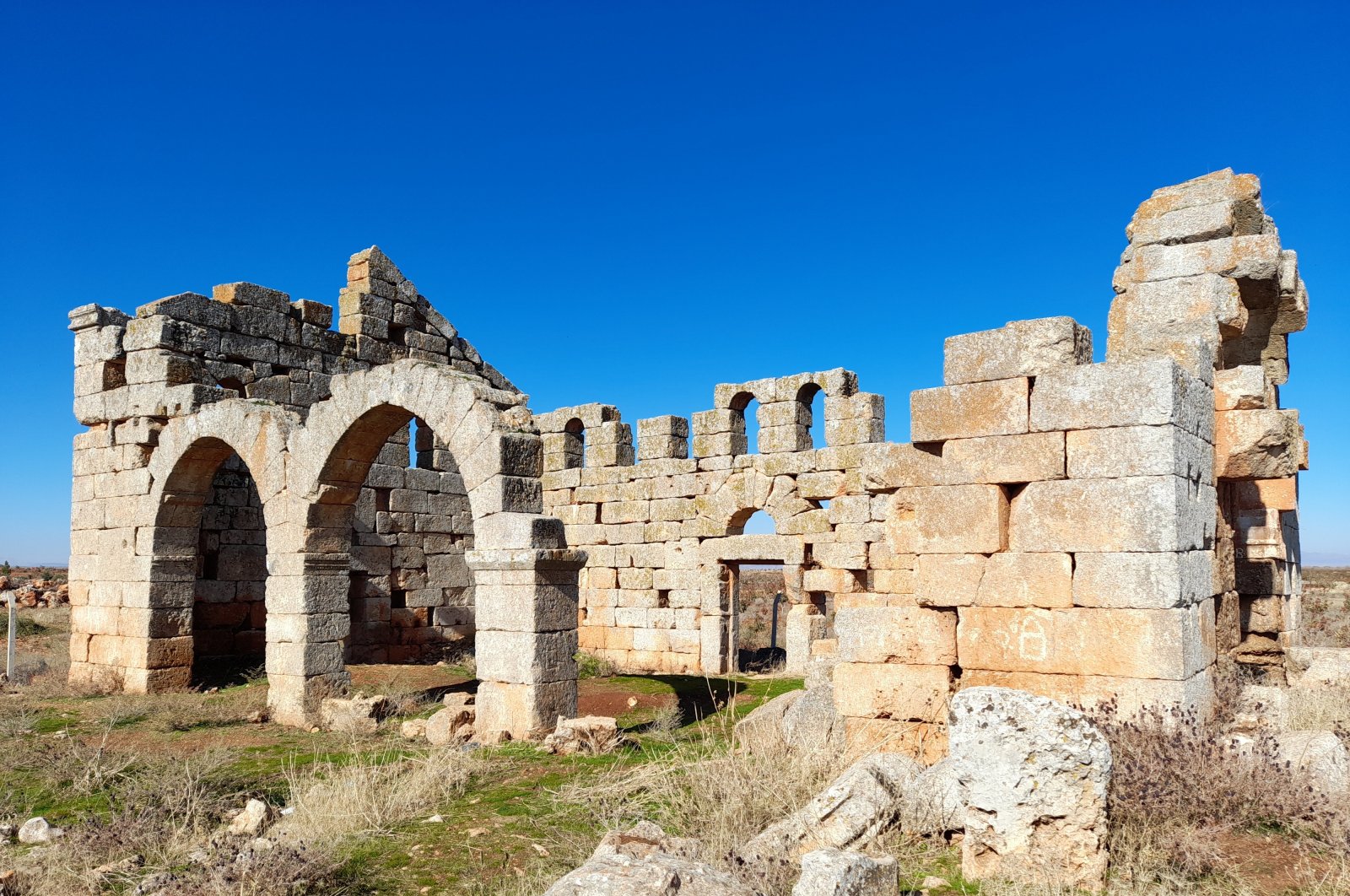 Built during the rule of the Eastern Roman Empire, the Nuhrut Church in the southeastern province of Şanlıurfa still bears traces of its vast history and has become a gathering point for the people of the area.

The Byzantine architectural feat has stood the test of time for 15 centuries, thanks to its ingenious construction implementing a basilica's architectural blueprint with three naves. Studies suggest that the historical church, which was constructed from cut stones, was built in the fifth century.

The church's front and back facades have naturally deteriorated over the years, but the majority of the structure remains intact. Locals who gather at the church would like it to be restored and converted into a tourist attraction.

Müslüm Çoban, head of the Şanlıurfa Chambers of Regional Tourist Guides (ŞURO), said that while parts of the church have been destroyed, it has retained its majesty. "Even in this state, it has a magnificent view. This church is one of the last important religious architectures from the Roman era. If the Nuhrut Church is put back on the map for tourism, it would greatly benefit religious tourism in Şanlıurfa," Çoban explained.

Şanlıurfa Provincial Directorate of Culture and Tourism began a partial restoration of the church in 2017. The church was cordoned off with barbed wire to protect it from wildlife; however, Çoban called the authorities to request more comprehensive work be done.

Mehmet Emin Yapıcıer, a local resident, is another strong advocate for the church's restoration. Yapıcıer said the historical church has strong foundations, which is how it is still standing now for over a millennium. "We are pursuing the restoration of the church; hopefully, we can achieve it. This structure should be restored while staying faithful to its original architecture" he said.