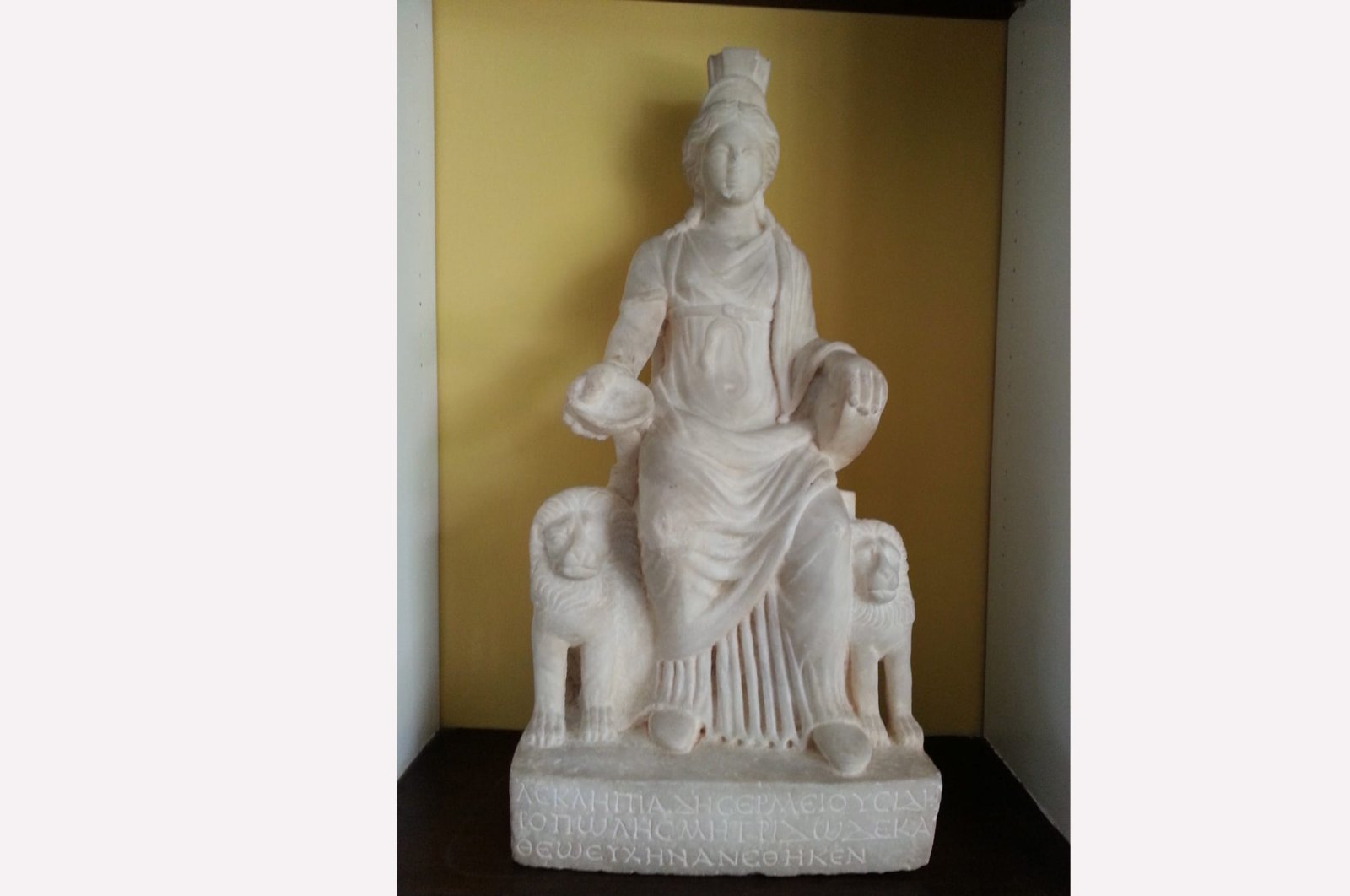 Turkey has secured the return of a third-century statue depicting Anatolian mother goddess Cybele, discovered in western Turkey, from the U.S. The artifact will be unveiled in a ceremony at the Istanbul Archaeological Museums

The smuggling of historical artifacts is an issue Turkey has faced for a long time. Many cultural artifacts have been stolen, smuggled, sold or lost from the lands in which they were created. Thankfully, sometimes the story has a happy ending and these remnants of history can be traced and retrieved long after they have disappeared for their homelands. A marble statue of the Anatolian mother goddess Cybele will return to Turkey, the land it was taken from, after spending nearly 40 years abroad.

The statue of Cybele, who was believed to be the giver and protector of wealth and abundance in prehistoric eras, is dated back to the third century by experts. Discovered in the 1960s, the artifact was smuggled out of Turkey and sold in Israel during the 1970s. Thanks to the arduous efforts of the Turkish Ministry of Culture and Tourism, the 1,700-year-old statue, which was going to be sold at an auction house before the Ministry's intervention, will return to Turkey on Saturday.

Journey of the goddess

After being smuggled out of Turkey, the Cybele statue was bought by an Israeli citizen. When applying to the Israeli authorities to take it abroad in 2016, the owner declared that the statuette was of Anatolian origin. Israeli authorities then relayed the pictures of the artifact to Turkish authorities.

The Turkish Ministry of Culture and Tourism declared that the artifact was of Anatolian origin, just as it entered the U.S. to be sold at an auction. The ministry then contacted the U.S. authorities demanding they halt the sale.

Meanwhile, Turkish authorities were working to prove the artifact was of Anatolian origin. Experts at the Directorate of the Istanbul Archaeological Museums prepared a scientific report that emphasized the statue had typological similarities to other artifacts found at the Kovalık Mound in the western Afyonkarahisar province during road construction in 1964. These artifacts are now on display at the Afyonkarahisar Archaeological Museum. In a coordinated effort with law enforcement, the Directorate of Afyonkarahisar Museum examined the records of people who lived in the presumed excavation area between 1960 and 1970.

Looking at the records, the team identified an individual with a criminal record for smuggling cultural assets, who lived in the area in the 1960s. The individual reportedly bought cultural assets from somebody who would carry out illegal excavations in the surrounding villages. The team was able to support their case through the testimony of a witness who was able to describe the statue without seeing it and correctly identified the artifact from a line-up of similar pieces.

Further evidence was provided by the family of Hasan Tahsin Uçankuş, who was a member of the Directorate of Afyonkarahisar Museum in the 1960s, sharing his personal documents with the ministry. The documents named an individual thought to be linked to incidents of historical artifact smuggling in the city and corresponded with the name provided by the other witness.

The documents, statements and scientific evidence confirmed that the statue of Cybele originated from Turkey. After Turkey's quick and efficient response, the owner agreed to return the statue to Turkey before the case went to U.S. court.

After the statue arrives in Turkey on Saturday, Minister of Culture and Tourism Mehmet Nuri Ersoy will present it at the Istanbul Archaeological Museums on Sunday. The Cybele statue will then be moved to a new museum to be built in Afyonkarahisar.

Cybele the Mother Goddess has been worshipped since prehistoric times and was seen as the protector of fertility and abundance in the Mediterranean Basin, particularly in Anatolia.

The lions on either side of the Cybele statue represent the goddess's dominance over nature and animals.

In the past, it was a common social and religious practice to make offerings to representations of gods and goddesses in order to honor them or request their help. Gifts presented to gods and goddesses at temples and sanctuaries were considered votive offerings. Depending on the social and economic standing of the person, these offerings could range from a simple pebble to intricate sculptures.

As stated in its inscription, the Cybele statue was presented to the 12 Olympians, the 12 major Greek deities, as a votive offering. On the statue's pedestal is written: “Hermeios' son, Asclepiades from Sideropolis erected the votive statue to Twelve Olympians."