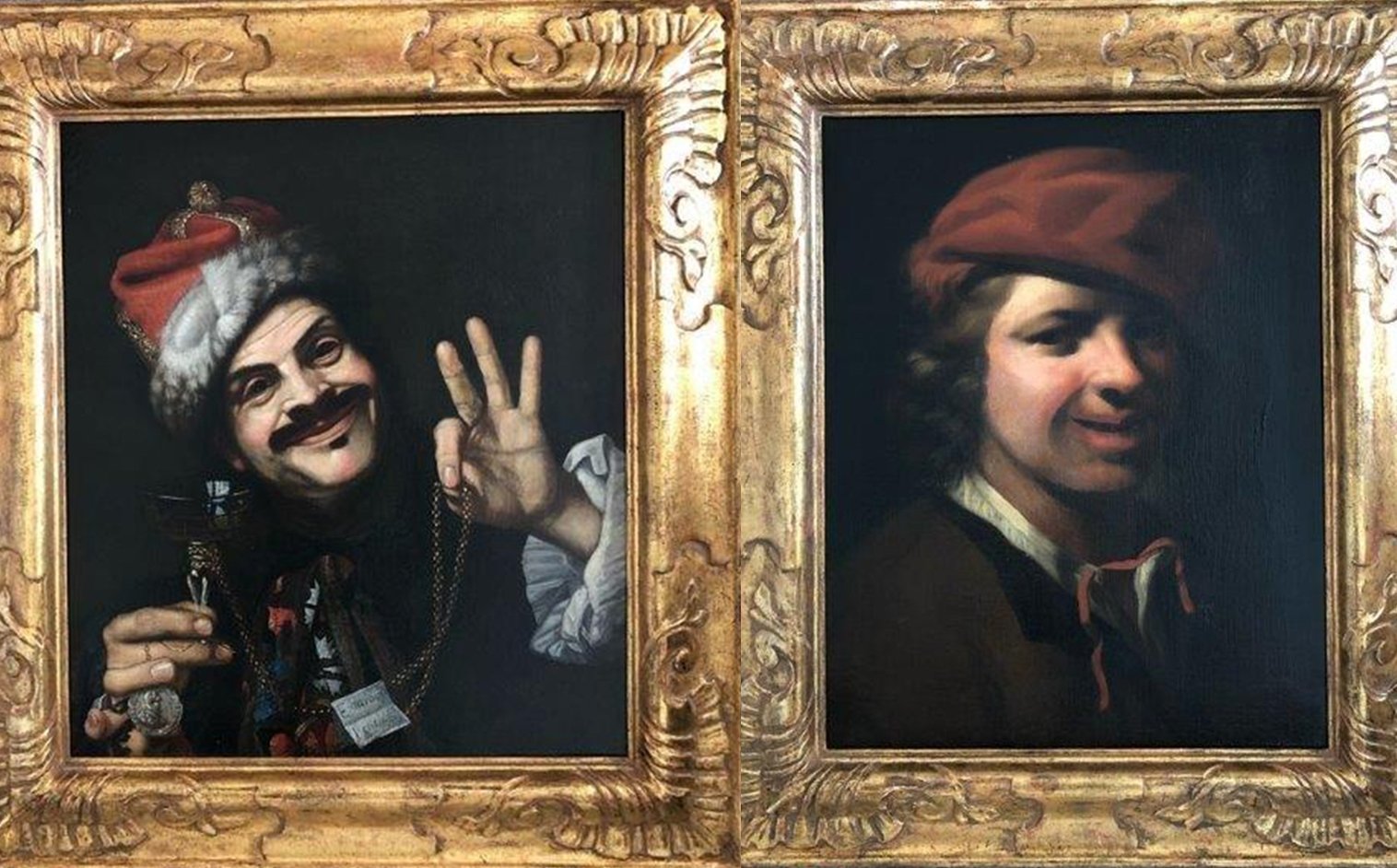 "Self-portrait of the artist as Laughter" by Italian 17th-century artist Pietro Bellotti (L) and "Portrait of a young boy" by Samuel van Hoogstraten are seen in this combination photo made from images shared by the police in Bavaria, Germany, June 20, 2021
by Agencies Jun 20, 2021 2:45 pm

Police said a 64-year-old man found the oil paintings at the rest stop near Ohrenbach in central Germany last month.

He later handed them in to police in the western city of Cologne.

An initial assessment by an art expert concluded the two framed paintings were originals, police said.

"First assessments by an expert indicate both works could be originals," investigators said.

One of the paintings could be "Portrait of a young boy" by Samuel van Hoogstraten, a 17th-century Dutch painter who was a pupil of Rembrandt's.

The other is likely "Self-portrait of the artist as Laughter" by Italian 17th-century artist Pietro Bellotti.