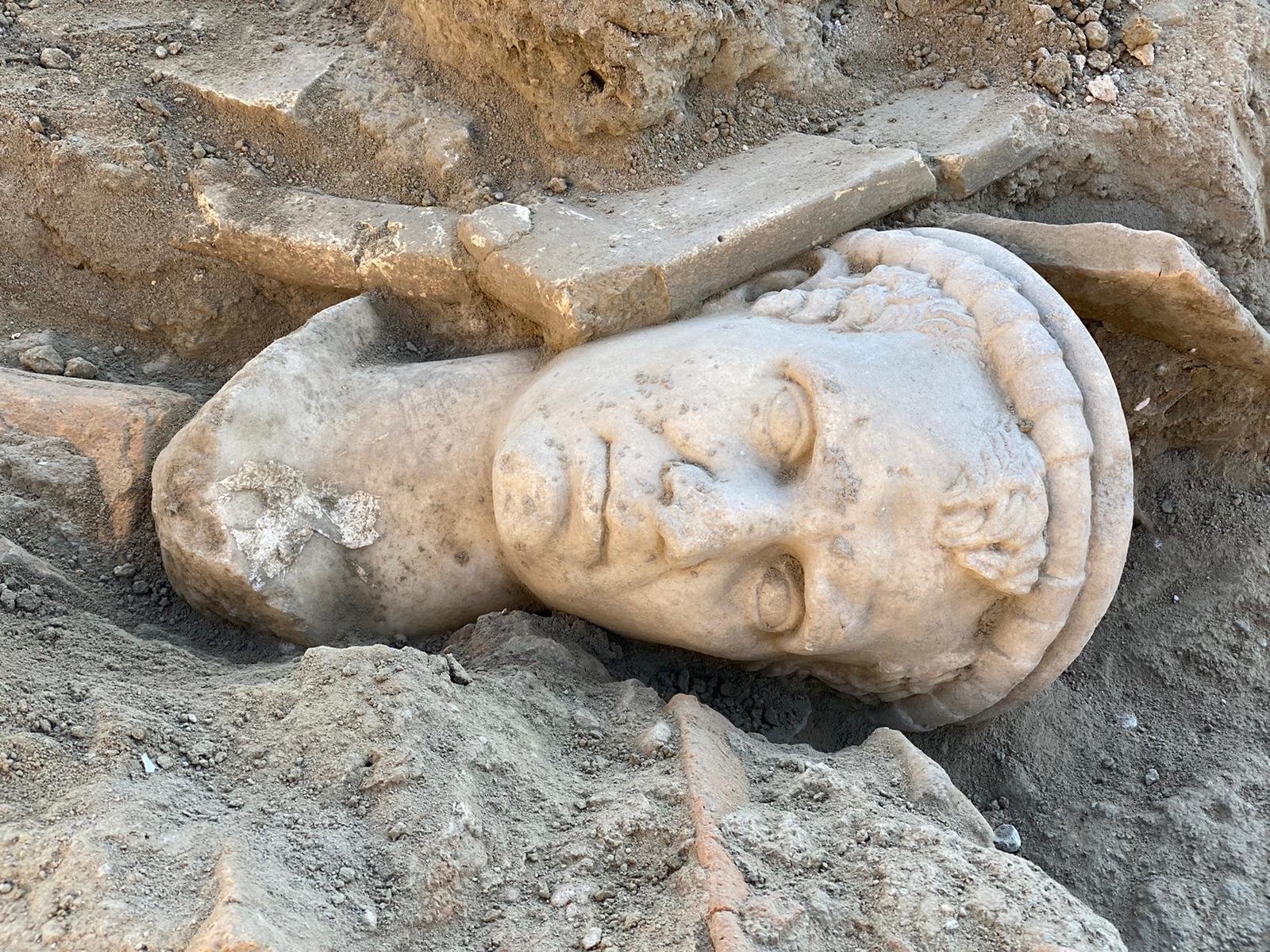 Archaeologists have uncovered a priest head statue during an ongoing excavation and restoration work at the ancient city of Laodicea, in southwestern Turkey's Denizli.

Thought to be at least 2,000 years old, the statue was unearthed at the Western Theater in the city, which is listed on the UNESCO World Heritage Tentative List and dates back to 5500 B.C.

In an interview with Anadolu Agency (AA), professor Celal Şimşek, who is leading the excavation and restoration work in the ancient city, said they are striving to re-erect the theater.

"There were 8 meters of rubble to the north of the fortification wall, which extends to the west of the theater stage and is considered to have been built in the early fifth century in Laodicea. During the removal of the rubble, which we believe was actually the remains of buildings destroyed in earthquakes, we uncovered this beautiful priest head statue."

Şimşek said excavations at the ancient city continue in full swing and the priest bust is among the most beautiful artifacts unearthed this year.

He added that it is one of the most significant finds of 2020 since it dates back to the late Hellenistic period some 2,000 years ago.

"This sculpted head may have been a priest at a temple to Zeus, the chief deity of the city. Even though we haven't identified it yet, it is clear this portrait belongs to the head of a temple past his middle age," he added.