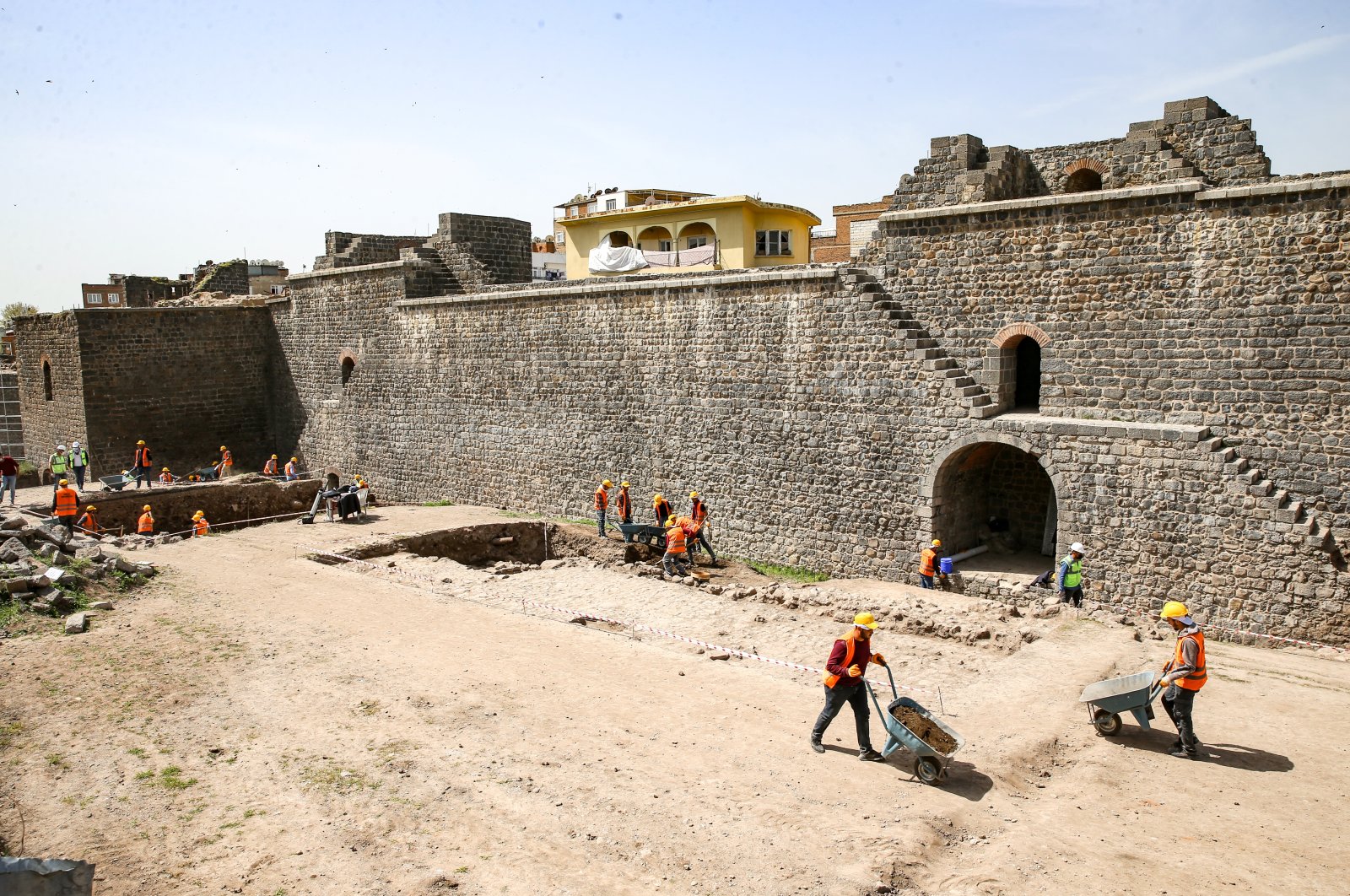 The historic city of Diyarbakır, situated in southeastern Turkey, is home to innumerable ancient wonders and relics from throughout history. Recently a 2,000-year-old street from the Roman period was added to the already long list of reasons to visit the city.

Currently, excavation to unearth the historical Roman street is being carried out in Amida Höyük, a mound known as the heart of Diyarbakır province while also being the historical Roman name of the city, along with Amed which was what it was called in the Assyrian period and modern-day Kurdish.

Professor Irfan Yıldız from Dicle University is leading the excavation amid strict measures against the coronavirus pandemic.

"Very interesting data continues to come from the west side of the mound we excavated. The street texture and structure of the period has started to emerge," Yıldız said.

Yıldız noted that over the period of a year they expect to unearth many historical artifacts in the excavation.

Yildiz said by 2022 tourists using the Roman street will be able to visit the historical region of Içkale and be able to see streets from the Roman, Ottoman and Republican periods.

Diyarbakır was historically situated around a high plateau by the banks of the Tigris river on which stands the historic Diyarbakır Fortress. Tigris was one half of the word "Mesopotamia" which translates to "between the rivers" in ancient Greek, a reference to the Tigris and Euphrates rivers that helped humanity thrive but also plunged it into some of the bloodiest wars of history.

Many small and large-scale states and empires were built upon the soil which offered plentiful natural resources essential for survival. The city was conquered by Muslims in 639, only a few years following the conquest of Mecca in Saudi Arabia, which stands as the holiest city of Islam.

Today, Diyarbakır is home to the Hevsel Gardens which have been used for agricultural purposes for more than 8,000 years, the Great (Ulu) Mosque, one of the oldest mosques of Anatolia and the Malabadi bridge built during the Artuqid period in the 12th century.

Meanwhile, it is also home to the Hasuni Cave city where pre-historic people lived during the early years of Christianity, and the Zerzevan Castle, which is a Roman military facility containing the temple of Mithraism, a mysterious religion.