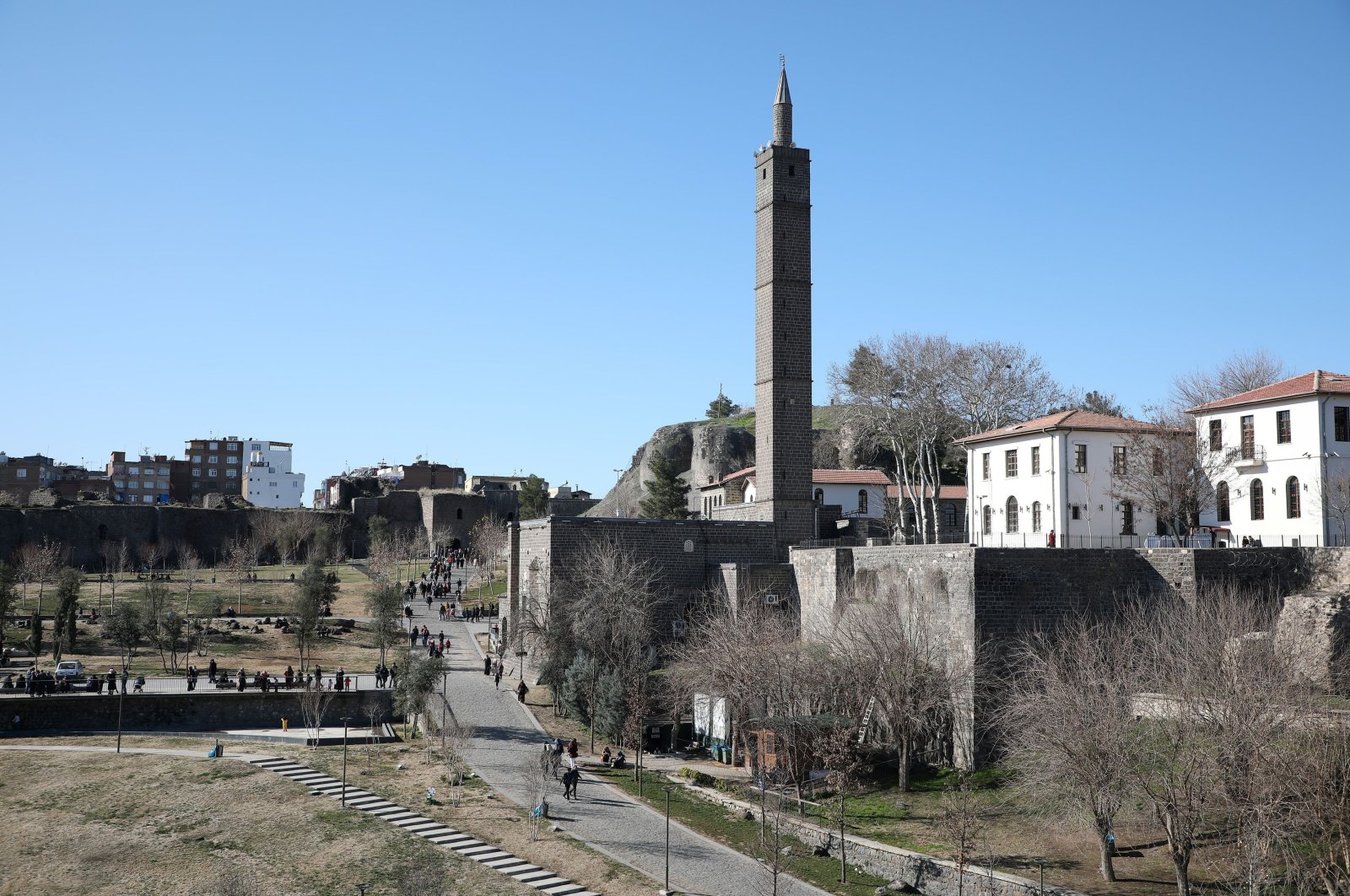 Turkey’s southeastern Diyarbakır province has set its sights on becoming the regional champion of tourism, appealing to both domestic and international tourists through its history, culture and gastronomy.

In an interview with Anadolu Agency (AA), Governor Münir Karaloğlu said Diyarbakır had always been one of the focal points of history, noting that it possessed countless historical artifacts. Still, the city has failed to draw in the number of visitors it deserves so far – a trend that will change drastically soon.

"Diyarbakır is an ancient city with a strong history, culture and gastronomy," he said but warned this does not directly equate to direct tourist interest as local and regional touristic values had to be included in a full package benefitting both the visitors and employees in the tourism sector.

Although the COVID-19 pandemic has adversely affected tourism across the world, the governor believes the future is bright for Diyarbakır as the state authorities used the pandemic period to continue renovations and advertising.

The touristic development of Diyarbakır is also expected to trigger an increase in the count of visitors to other southeastern cities such as Mardin and Şanlıurfa, known as the "golden trio of upper Mesopotamia" along with Diyarbakır. The governor argued that tourists would flock to the region, not just Diyarbakır, if advertised enough as it is home to an array of historical and cultural assets.

Stressing that the cities related departments and the Ministry of Culture and Tourism held meetings in which they discussed strengthening culture and belief tourism to the region while marketing their cities heritage, he went on to say that travel agencies have begun to sell tour packages that provide regional travel experiences and that this would help the region gain a greater share of the country's tourism industry.

The word "Mesopotamia" translates to "between the rivers" in ancient Greek, a reference to the Tigris and Euphrates rivers that helped humanity thrive but also triggered some of the wildest and bloodiest wars throughout history. Many small- and large-scale states and empires were built upon the soil, offering plentiful natural resources essential for survival. Some of the remnants of these civilizations survive to this date and await history-lovers and travelers.

The Assyrian Empire, the Roman Empire, Alexander the Great's Macedonia, the Hellenistic states, the Ayyubids, the Abbasid Caliphate, the Seljuk Empire and the Ottoman Empire are just some of the states that once ruled the lands.

The governor noted Diyarbakır's religious significance as it was conquered by Muslims in 639, only a few years following the conquest of Mecca in Saudi Arabia, which stands as the holiest city of Islam. He highlighted that the city's religious background would also draw in many people interested in more cultural touristic experiences.

"Since (the conquest) of Diyarbakır, the Adhan has been recited here without a break," he said and noted that the local administration was planning to designate a week dedicated to the May 27, 639 A.D. conquest of Diyarbakır.

Diyarbakır is home to the Hevsel Gardens which have been used for agricultural purposes for more than 8,000 years; the Great (Ulu) Mosque, one of the oldest mosques of Anatolia; the Malabadi bridge built during the Artuqid period in the 12th century; Hasuni Cave city in which pre-historic people inhabited during the early years of Christianity and the Zerzevan Castle, which is a Roman military facility containing the templet of Mithraism, a mysterious religion.