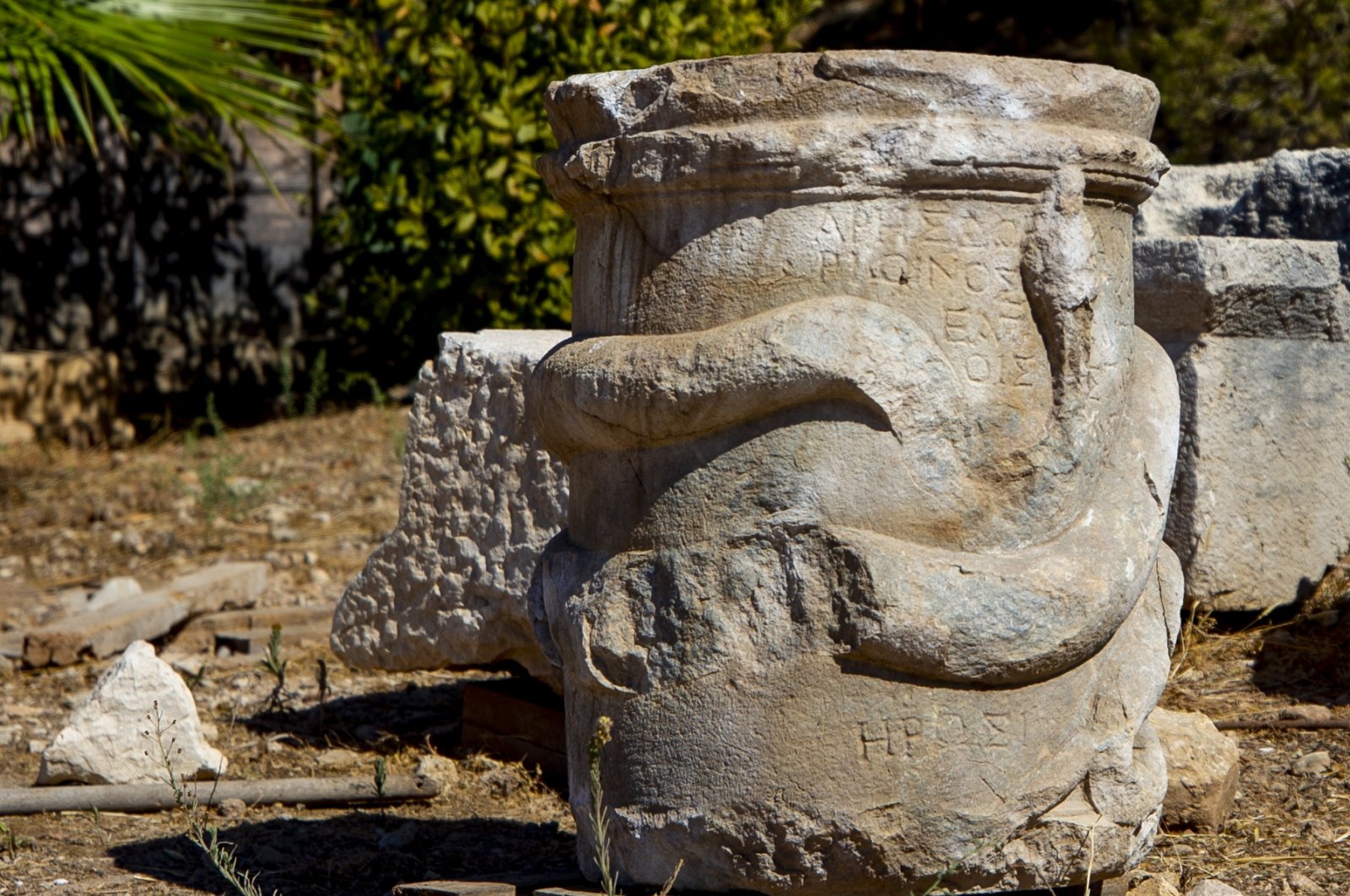 An altar depicting a snake figure was unearthed during excavations in the ancient city of Patara in the Kaş district of southern Turkey's Antalya province.

The artifacts found during the excavations of the ancient city of Patara, known as the "cradle of civilizations" due to it being home to many settlements, continue to excite the scientific world. Archaeological excavations in the ancient city, the capital of the Lycian Union, reveal important traces of human life. Most recently, a snake-figure altar was found during excavations in the area adjacent to the Roman bath and walls in Patara. The altar was removed from the area, put in the garden of the excavation's office and will be displayed at Demre Museum following restoration work.

Associate professor Mustafa Koçak, an academic at the Department of Archaeology of Antalya Bilim University and vice president of the excavation team working in the ancient city, told Anadolu Agency (AA) that traditionally altars are large stone objects, usually cylindrical in shape, placed next to tombs in ancient times.

The alter adorned with a large snake figure is made of marble and estimated to be 2,000 years old, Koçak added. “People believed in polytheistic religions at that time. A number of offerings were made on this altar to calm the gods of the underworld. They thought that the snake also represented the gods of the underworld. They brought liquid or food such as bread and meat and put them on the altar. This is actually an item from the funerary culture of ancient people. Similar altars were also found in some ancient cities in southwestern Muğla province, but we have never encountered such an example in Patara,” he explained.

Koçak pointed out that during the excavations they have encountered large, black snakes around the ancient city almost identical to the figure on the altar. “We see these snakes from time to time. They are very harmless animals. When they see people, they run away. The snake on the altar is very similar to the snakes here. We assume that they also saw these snakes here years ago.”