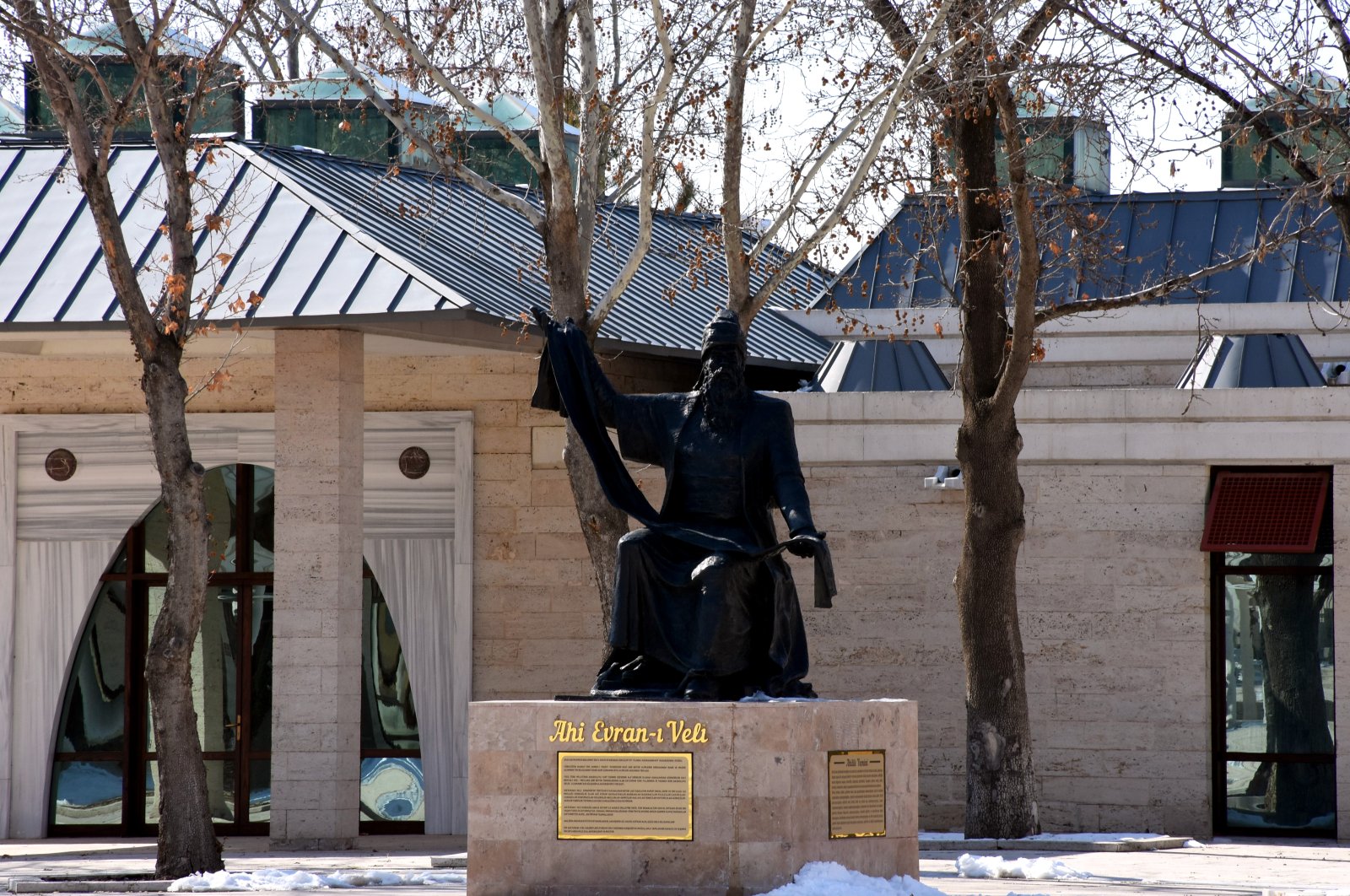 The Turkish Presidency, under the guidance of President Recep Tayyip Erdoğan, has declared 2021 as the “Year of Ahi Evran,” in honor of the historical 13th-century Muslim scholar and renowned philosopher who famously founded the Ahi Brotherhood, also known as Ahis, a guild based in modern-day Ankara.

Bahamettin Öztürk, head of Kırşehir Union of Chambers of Merchants and Craftsmen, stated that the guild Evran founded inspired those across continents from Anatolia to Asia and Africa, and that the decision would allow people to better understand the historical figure's vast and universal principles.

Evran, who lived between 1171 and 1261, was born in the Khoy city of today's Iran. He was a Muslim philosopher, writer and humanist, well versed in several subjects. He founded the Ahis, or the Ahi Order, one of the first merchant and artisan guilds in the world, which promoted solidarity and unity between merchants, tradespeople, craftspeople and artists. He was also a preacher of the Bektashi Order, a Sufi dervish order, named after and promoting the teachings of the 13th-century Muslim saint, mystic and humanist Hacı Bektaş Veli from Khorasan.

Öztürk said that he believed the annual Ahis Week celebrations would be much more vibrant thanks to the decision. “I believe the Ahis Week, which we will celebrate in the third week of September this year, will be exuberant and exciting with this decision,” he told Anadolu Agency (AA) and added, “The interest in Ahis will be much higher, we will have foreign and domestic guests. I believe that Ahis tradition will be celebrated much better this year in Anatolia and the world.”

The decision comes after UNESCO incorporated three Muslim scholars and humanists into its 2020-2021 Commemorations and Celebration of Anniversaries program, including Yunus Emre, a 13th-century poet and Sufi philosopher, Hacı Bektaş Veli and Evran.

Tahsin Üçgül, head of Kırşehir City Council, stated that the announcement of 2021 as the “Year of Ahi Evran” would greatly benefit the survival of the teachings of Ahi Order and its transfer to future generations.

“We believe that all state institutions and nongovernmental organizations (NGOs) will contribute greatly to Ahis Week this year. This will help enormously in promoting the Ahi Order and Kırşehir,” Üçgül said and added, “We need to treat and process the Ahi Order's contributions to these lands in the best way possible.”