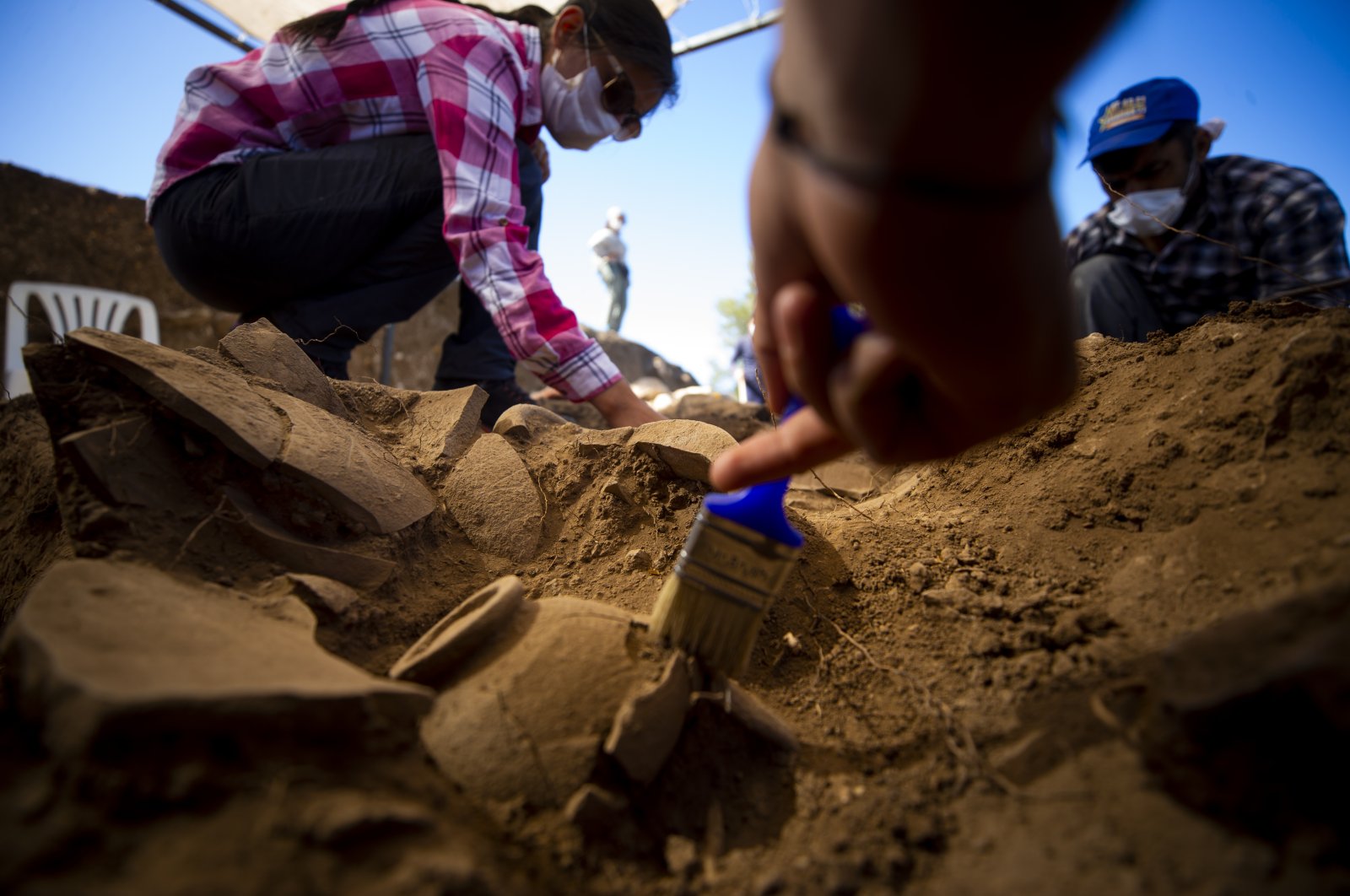 Archaeologists work on the area where the kitchen and woman's room was found in the ancient city of Patara, Antalya, southern Turkey, Oct. 3, 2020. (AA PHOTO)
by Anadolu Agency Oct 04, 2020 11:43 am
RECOMMENDED

Artifacts unearthed through archeological excavations in the ancient city of Patara, located in the Kaş district of southern Turkey's Antalya province, give a glimpse into the daily life of its past inhabitants and continue to excite scientists. A kitchen estimated to be 2,400 years old has been found as well as the room of a woman containing mirrors, ornaments and fragrance bottles in the Tepecik region, where the city's settlements were concentrated and acted as the capital of the Lycian Union.

Speaking to Anadolu Agency (AA), associate professor Erkan Dündar, the deputy chairman of the excavation team working in Patara, stated that the Tepecik settlement in the ancient city is where they uncovered the earliest findings and architectural structures.

Dündar emphasized that the excavations have helped shed light on the daily home life of residents during the Lycian Union and added that a military garrison to protect the region was also discovered along with residential structures. Explaining that the warrior king Alexander the Great is known to have spent time in the region, Dündar said: “After he seized the region, he set up a garrison here, as he did in many places. The soldiers staying in the garrison brought their families here as well. It is kind of like a military lodge. In our excavations, we have also uncovered findings related to residential life, not just war tools such as arrowheads, daggers, spears and sling stones.” The houses in the Tepecik region have stone bases with dry stone walls with flat rooftops raised with adobe (a type of clay), similar to the highland houses in the current Elmalı district in Antalya.

The most compelling find, for the scientists, is the kitchen found in a house, Dündar said: “We have found kitchen items in bulk. We have found pestles and mortars, storage pots, oil pots, stewpots and a trivet (placemat) that we are very excited about. The kitchen has provided us with important information about life in that period. We have also found a woman's room during excavations. In this room, we have discovered weaving loom weights, small items belonging to women, mirrors, ornaments and fragrance pots. We see that women pay attention to their beauty in every period of history.”