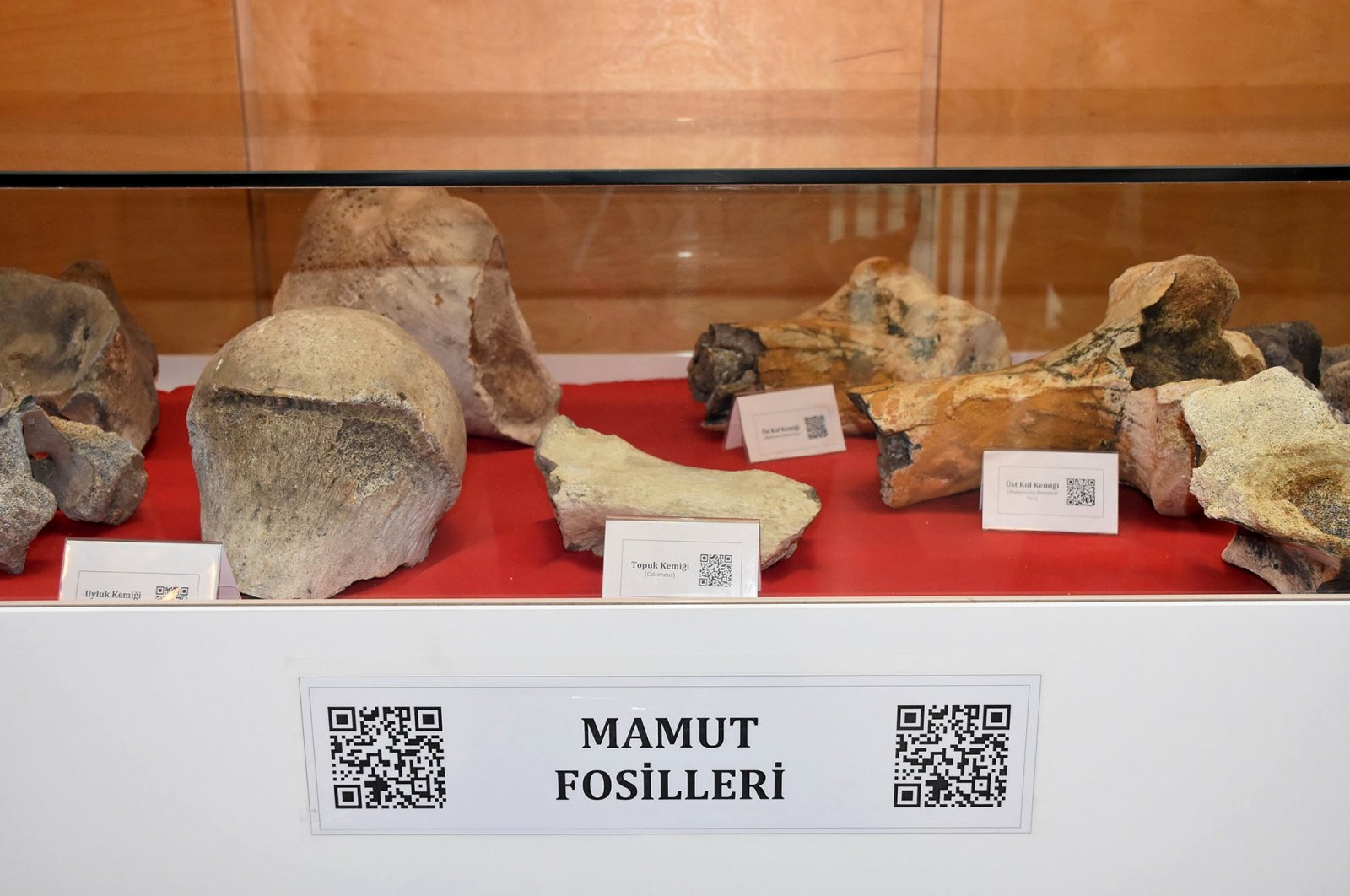 A university in Turkey's northwestern Tekirdağ province has unveiled its exhibition featuring the 28,000-year-old bones of a wooly mammoth discovered in the region.

The remains were unearthed in 2020 during excavations in sand and gravel quarries in Tekirdağ, the exhibit organizers said.

At the exhibit titled "Geçmişin Izinde" ("On the Trail of the Past"), organized by Tekirdağ Namık Kemal University, visitors can see a variety of items such as fossils, stones, rocks, metals, and marble samples.

Emre Özşahin, head of the university's Geography department, said wooly mammoths, known as the ancestors of modern-day elephants, once lived in this region and also migrated nearby.

According to Özşahin, testing of the bones shows that the mammoth lived somewhere around 23,000 to 28,000 years ago, and the available data suggests local mammoths either moved to Europe or southern regions.

He added that the region was located on the migration route of animals as well as human beings.