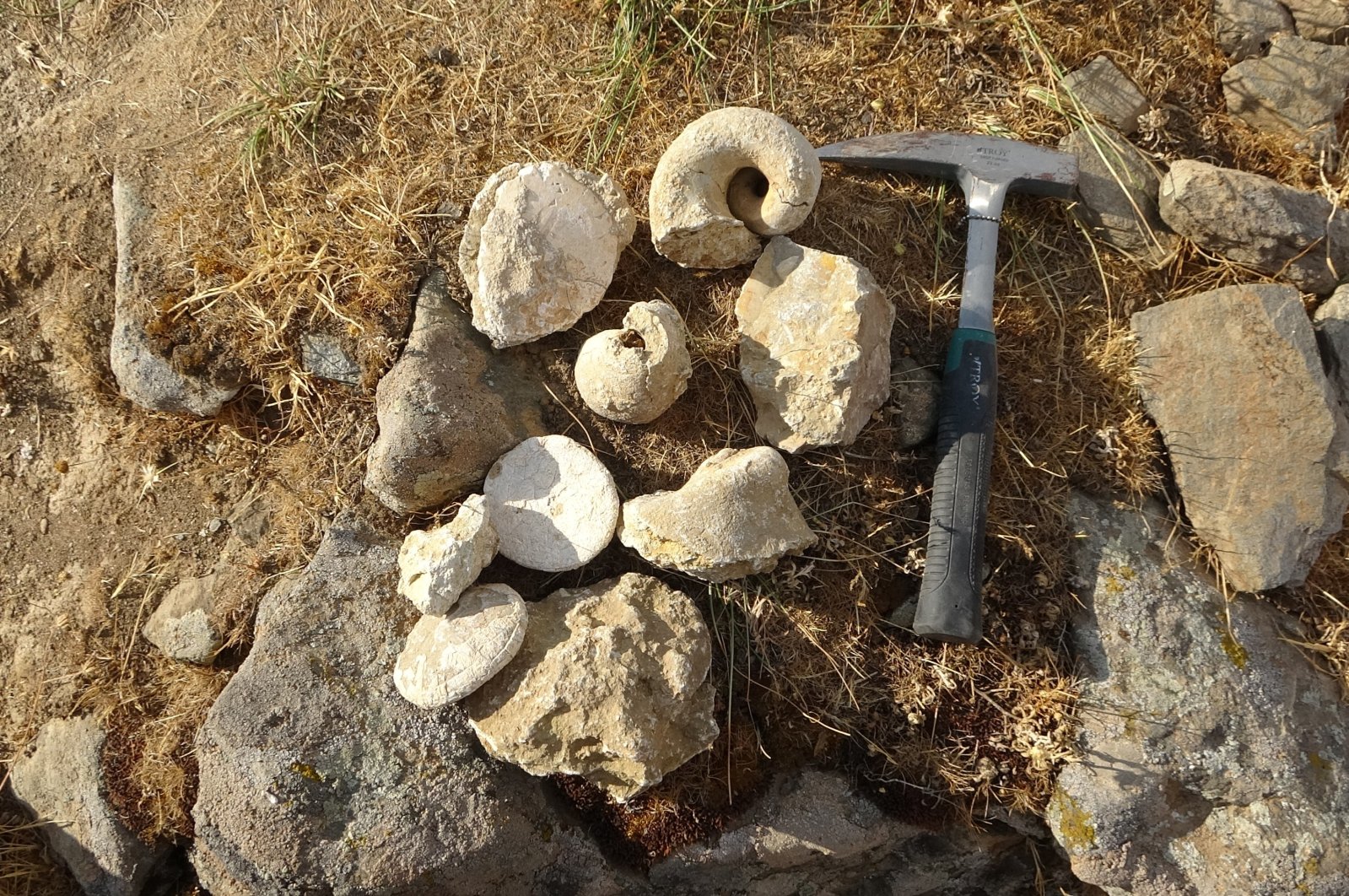 A team of field researchers discovered fossils of sea creatures that are estimated to be 35 million years old in eastern Muş province on Saturday.

Iskender Dölek, a geomorphologist and lecturer at Muş Alparslan University's Disaster Management Application and Research Center, told journalists that he would send the invertebrate marine fossils to paleontologists to determine their age, species and genus.

"While we were expecting Mollusca fossils in the field, we encountered gastropods and sea urchins, as well as fossils that we think belong to different species," Dölek said on the finds. "We think they may date back 35 million years."

He noted that fossils, which were found at an altitude of 1,600 meters (5,250 feet), "naturally indicate that this place was once a sea."