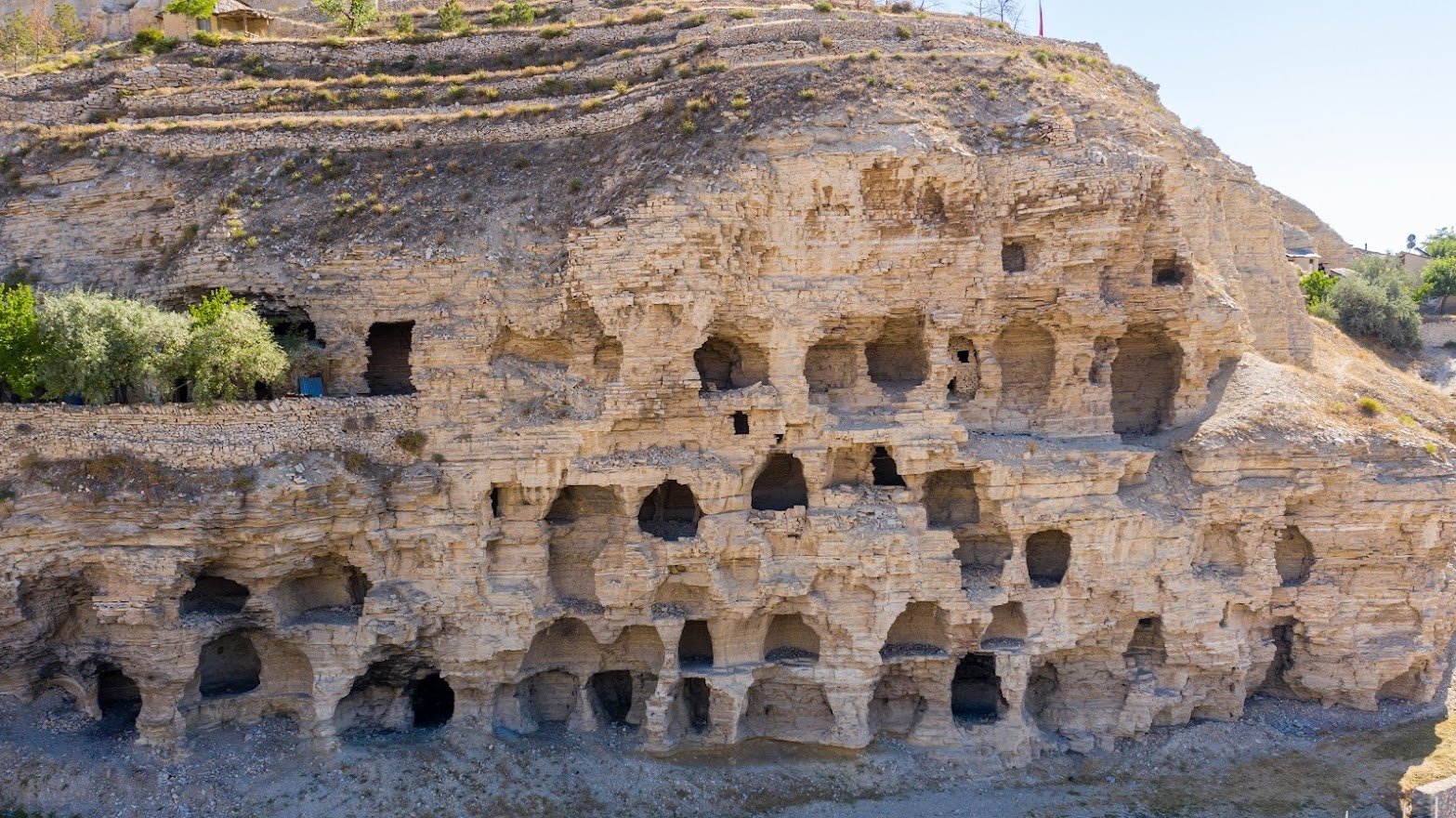 Rock caves built by the Hittites in 2,000 B.C. attract the attention of visitors in the Gürün district of central Sivas province with their architectural structure resembling primitive apartments.

Standing out with its rock caves, historical riches and natural beauties, the Gürün district stands out as one of the oldest settlements in Anatolia. The district, located 136 kilometers (84 miles) from the city center in the south of Sivas, is located at the point that connects the Eastern Anatolia Region, the Central Anatolia Region and the Mediterranean Region.

According to the Sivas Governor's Office, the rock caves of the district have been used as shelters, castles and for food storage throughout history.

As rocks in the region can be easily eroded, it is estimated that the Hittites processed them to build these caves and gave them the appearance of a layered structure. Thanks to this layered structure, the caves look like primitive apartments with three and five floors from outside.

The caves, all of which are man-made, have also witnessed the Assyrian, Roman, Seljuk, Byzantine and Ottoman periods along with the Hittite era. They were used as a cold storage area, woodshed and animal feed storage area by local people until a short time ago.