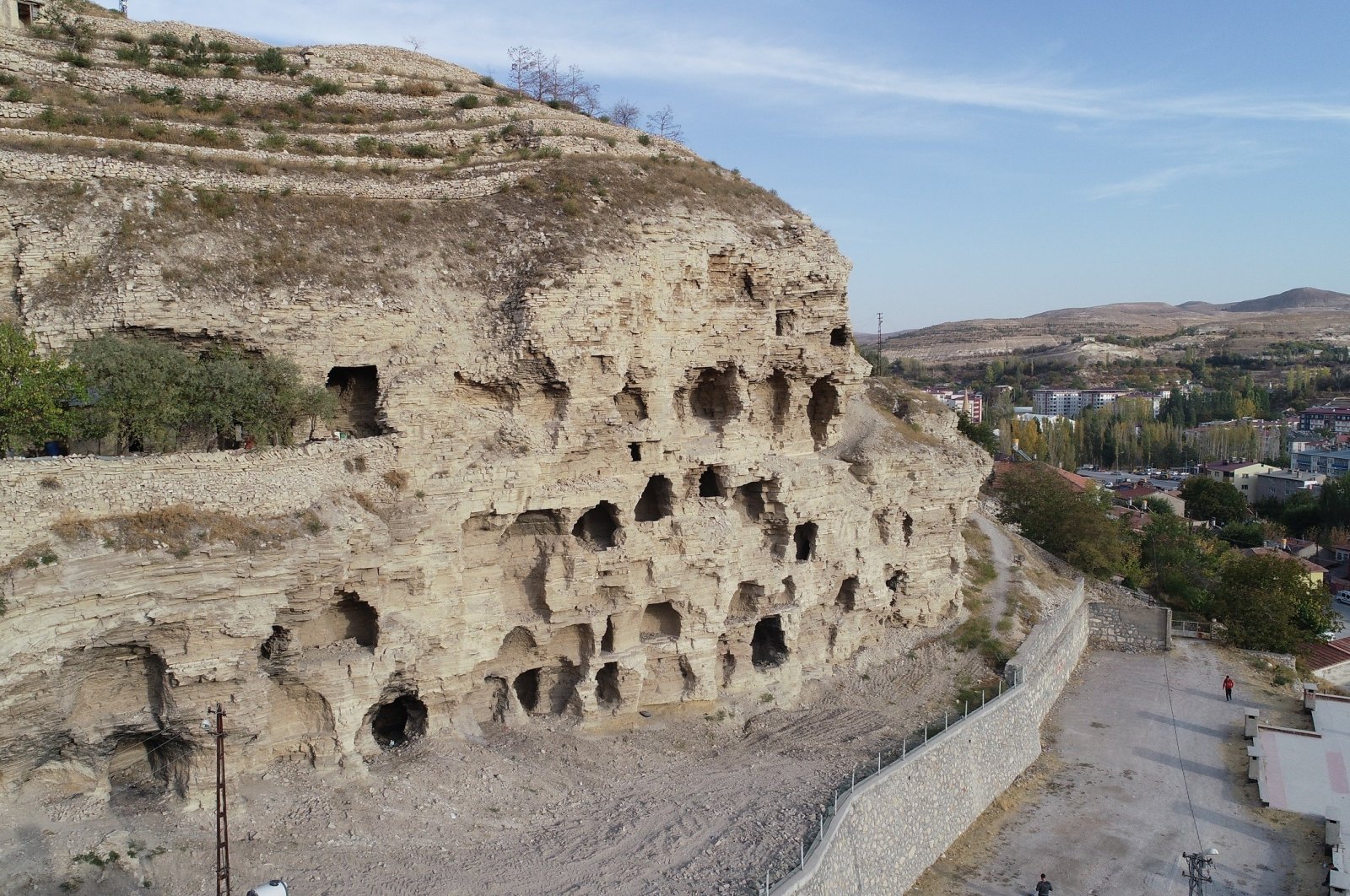 A network of caves, known by locals as an ancient apartment complex, is located in the Gürün district of Sivas province, central Turkey, Dec. 7, 2020. (IHA Photo)
by DAILY SABAH Dec 09, 2020 1:31 pm
RECOMMENDED

The renters of this apartment left long ago and so have the landlords. However, this primeval flat may soon have guests again if researchers renovate the 4,000-year-old cave system in Turkey's central Sivas province.

Located about 136 kilometers (84.5 miles) from downtown Sivas, the district of Gürün lures tourists with its natural beauty and enchanting caves.

The caves, which are thought to have been used as shelters by humans about 4,000 years ago, have the appearance of a five-story apartment building with dozens of rooms. Local officials hope the ancient homes will attract the attention of researchers so more can be learned about their history.

Although there have been no scientific studies carried out on the cavernous apartment complex to determine its architect or construction date, it is thought to be older than the 4,000-year-old town of Gürün.

Gürün Mayor Nami Çiftçi said the historical caves indeed resemble an apartment. "Today we construct tall buildings with several stories, and if we look at these caves, we can say that they were a kind of an apartment for those days, an apartment made of caves," he was quoted by Ihlas News Agency (IHA) as saying.

Çiftçi reflected on the challenges of imagining these early dwellers' living conditions with the modern mind. "How did they enter, how did they exit, we don't know. What we know is that the caves are at least 3,000, 4,000, maybe even 5,000 years old," he said.

The mayor said there is no definitive information on the caves, and he invited researchers to study them. "We don't have a precise date determined by expert engineers or by people who are well-versed in this field, so I invite our historians to Gürün. Come, bring your knowledge and your tools, study these caves so that we can have the data regarding their age, and we can announce it to the world," Çiftçi said.