4,000-year-old remains to be revealed in Aççana Mound in SE Turkey 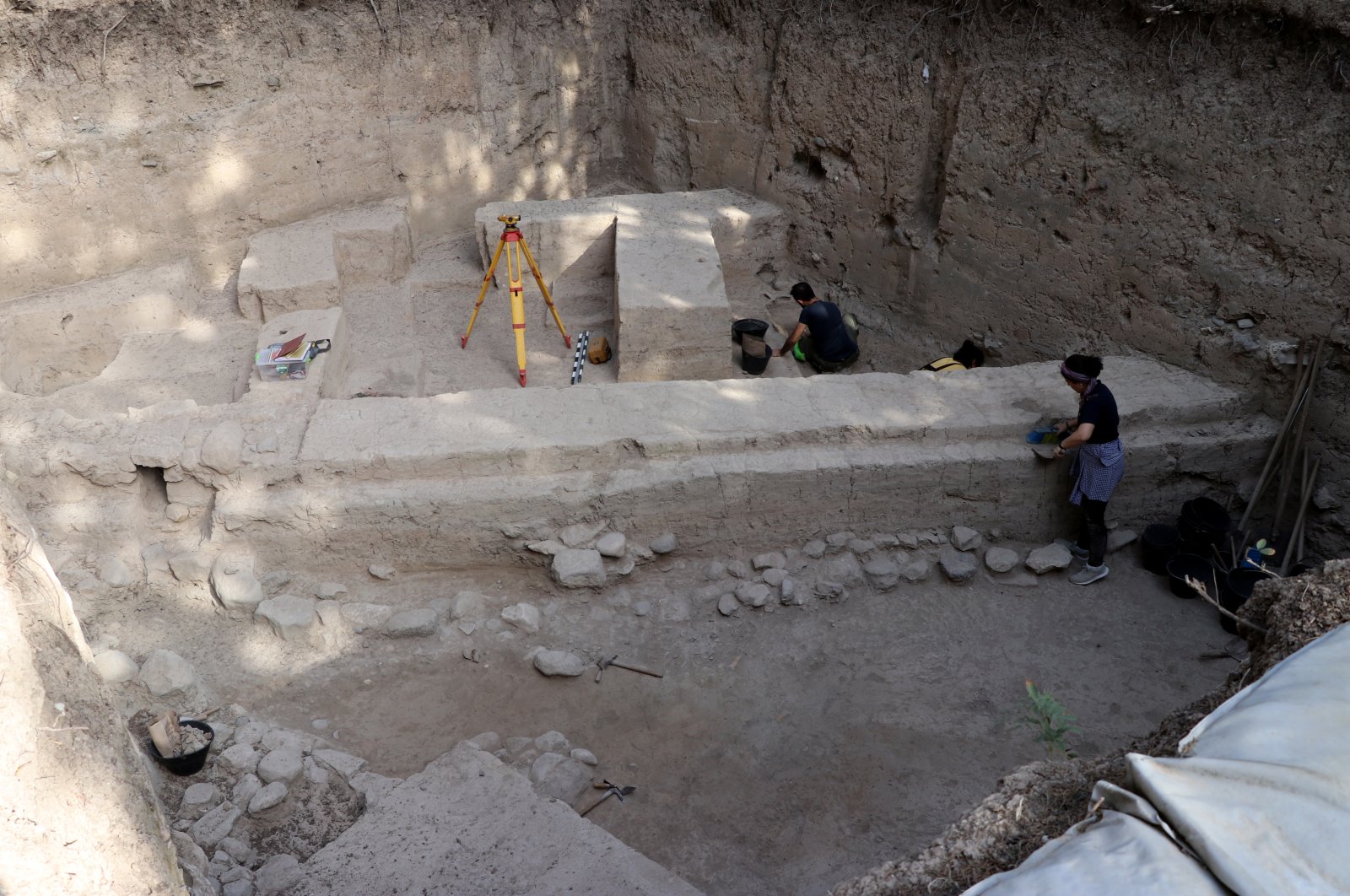 Archaeological excavations carried out in Aççana Mound, located in the old city of Alalah in the Reyhanlı district of the southeastern province of Hatay, are expected to reveal remains dating back 4,000 years.

In the mound, where the first excavations were carried out by British archaeologist Leonard Woolley in the 1930s, the 2021 season excavations were launched under the supervision of associate professor Murat Akar, the head of Hatay Mustafa Kemal University's (MKÜ) Archeology Department of Protohistory and Near East Archeology Department, with a team of 14 researchers.

The latest work as part of the excavation in the mound is being carried out in an area called the “temple zone.” In this area, archaeologists are continuing their work to reveal the culture, religion, lifestyle and trade in Alalakh, the capital of the city-state of Mukis, through various items that they have been unearthing.

Speaking to Anadolu Agency (AA), Akar said Alalah is one of the most important archaeological settlements where traces of the Bronze Age can be unearthed on the Amik Valley. Providing information on the mound and their work, Akar continued: “The Late Bronze Age is a period in which large empires emerged in history. In this period, we can talk about the existence of the Hittite Empire in Anatolia, the Egyptian Empire in the south and the Mitanni Empire around the Euphrates and Tigris. The most important location where the traces of the wars, diplomatic agreements and commercial relations of such great empires can be traced is the Amik Valley.”

“These empires wanted to have effective power in the Amik valley. One of the biggest reasons for this is the valley’s agricultural richness. This was significant geography that could serve as a food store for great empires. Another reason is its geopolitical importance. The valley is located on all trade routes and interacts with all Eastern Mediterranean cultures through its connection to the sea,” he added.

According to the excavation head, this is why they see the traces of the Mitanni Empire in some layers while encountering items from the Hittite Empire in other layers of the mound during their studies.

Akar also reported that in the ancient DNA research they have carried out in recent years, they have obtained very important data on the migration and trade-related human mobility that took place in the international age. Stating that they have examined many human skeletons so far, he said: "The Amik Valley is the center of the international movement of the Bronze Age. However, the human skeletons we found in the tombs to date mostly belong to the local people. This shows us the importance of the local people in the international area. But we also ask ourselves where the other people coming to this region are. We will carry out works to reveal this mystery.”

Akar lastly stated that the excavations in the region have been going on for 21 years and that they are trying to understand the temple and the urban texture shaped around this structure.