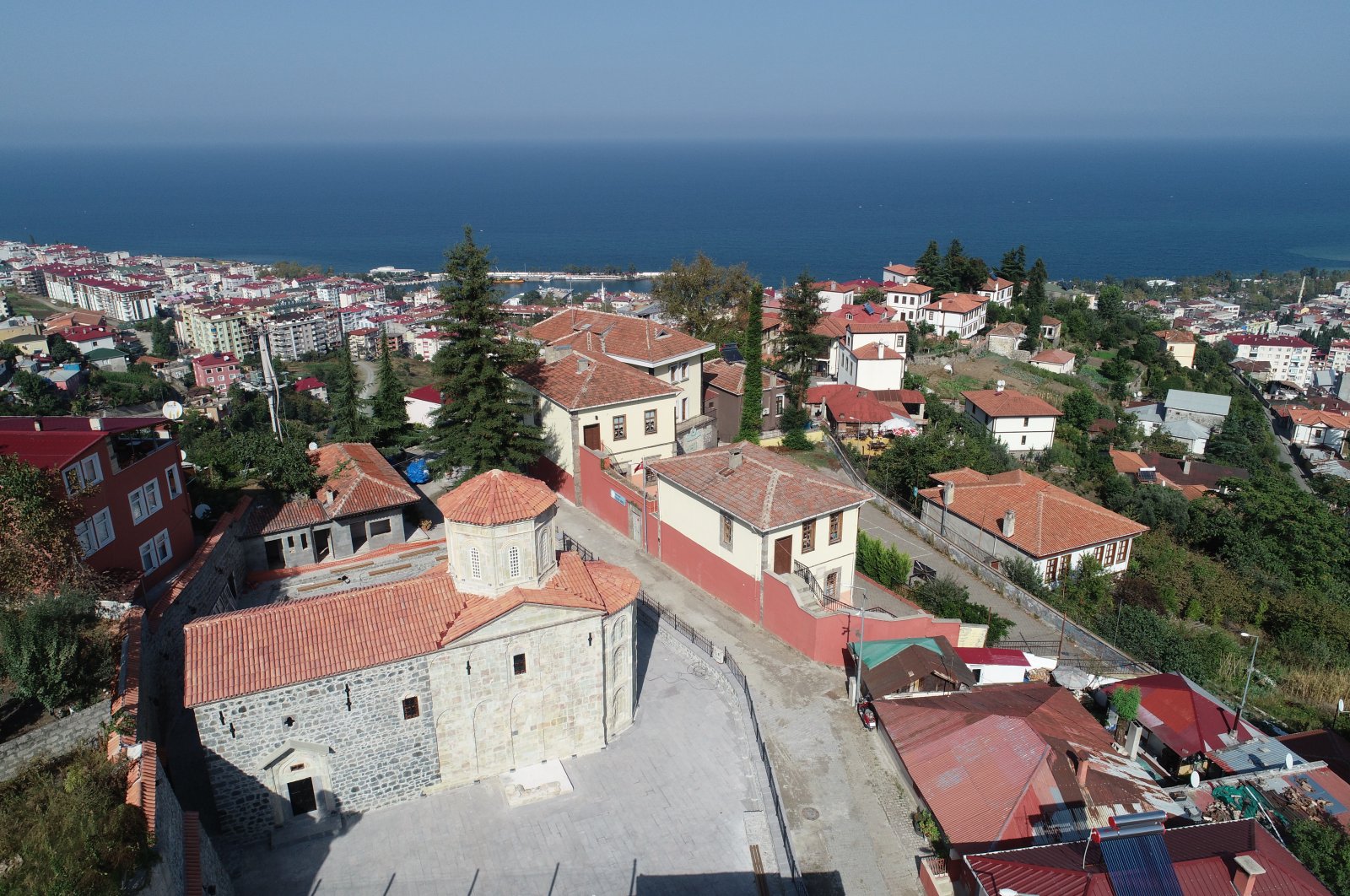 The 700-year-old Saint Michael Church in the Akçaabat district of northeastern Turkey's Trabzon province, restored for use in social and cultural events by the Ministry of Culture and Tourism, will serve as a museum to attract local and foreign tourists.

The former church, renamed Ortamahalle Museum after its location in the historical Ortamahalle quarter, will shed light on history through both archaeological and ethnographic artifacts it will house. Akçaabat Mayor Osman Nuri Ekim told Anadolu Agency (AA) that the church survived from the 11th and 12th centuries to the present day.

Ekim said that restoration work was launched during the tenure of former Mayor Şefik Türkmen. “And it has been completed during our period. We had tendered it with a contract price of TL 1.5 million ($205,123).”

Pointing out that there were slums all around the building in previous years, Ekim stated: “It was a little difficult, but in the end, a beautiful structure has emerged. After the tender, the restoration of the building took two years. The restoration inside the church is complete.”

Ekim noted that they carried out a joint project with the Ministry of Culture and Tourism for converting the church into a museum. “At the moment, we are building ticket booths for access to the building. In 2021, we will have opened it as a museum. Thus, another area in Ortamahalle will appeal to tourism. In the district, we have facilities for one-day trips as well,” he said and added: “The current restoration plans include one or two more chapels in that area. We will also restore them and present them to tourists.”

Ekim underlined that they are working to become one of the regions that have a say in culture tourism, adding: “We do our best as a municipality to contribute both to national and regional tourism through churches, street improvements, facilities for one-day trips, means of transport and ropeway.”

Ekim noted that there were some figures and objects dating back to the 11th century in the historical building. “We will exhibit them as well. We can diversify the displayed items because it is a museum, but at the first stage, there are some protected objects dating back to those periods that were taken from the church and stored among cultural assets. I do not want to give too many details. Let people be curious and come and see them. As long as the outbreak is contained, we plan to open this region before this year’s tourist season.”

Associate professor Coşkun Erüz, head of the Association for the Protection of Natural and Historical Values, stated that the building, which will serve as a museum, has a very special and attractive structure with its unique architecture from the Byzantine period, exterior ornaments and floor mosaics. Erüz stressed that the garden of the museum is also suitable for use in social and cultural events.

The restoration of the building took around two years. In 1988, a large part of the city was declared an urban archaeological site to protect its historical texture. Along with landscaping work, the museum is scheduled to be completed by the next tourism season.

Saint Michael Church joins a flurry of other religious structures in Turkey that are restored or in the process of being renovated, with the Monastery of St. Simeon Stylites the Younger in southern Turkey’s Hatay, the Mor Kuryakos Monastery located in the Beşiri district of southeastern Turkey's Batman province and a 1,600-year-old church in the village of Göktaş in southeastern Turkey's Mardin province, another church-museum, all offering recent examples.