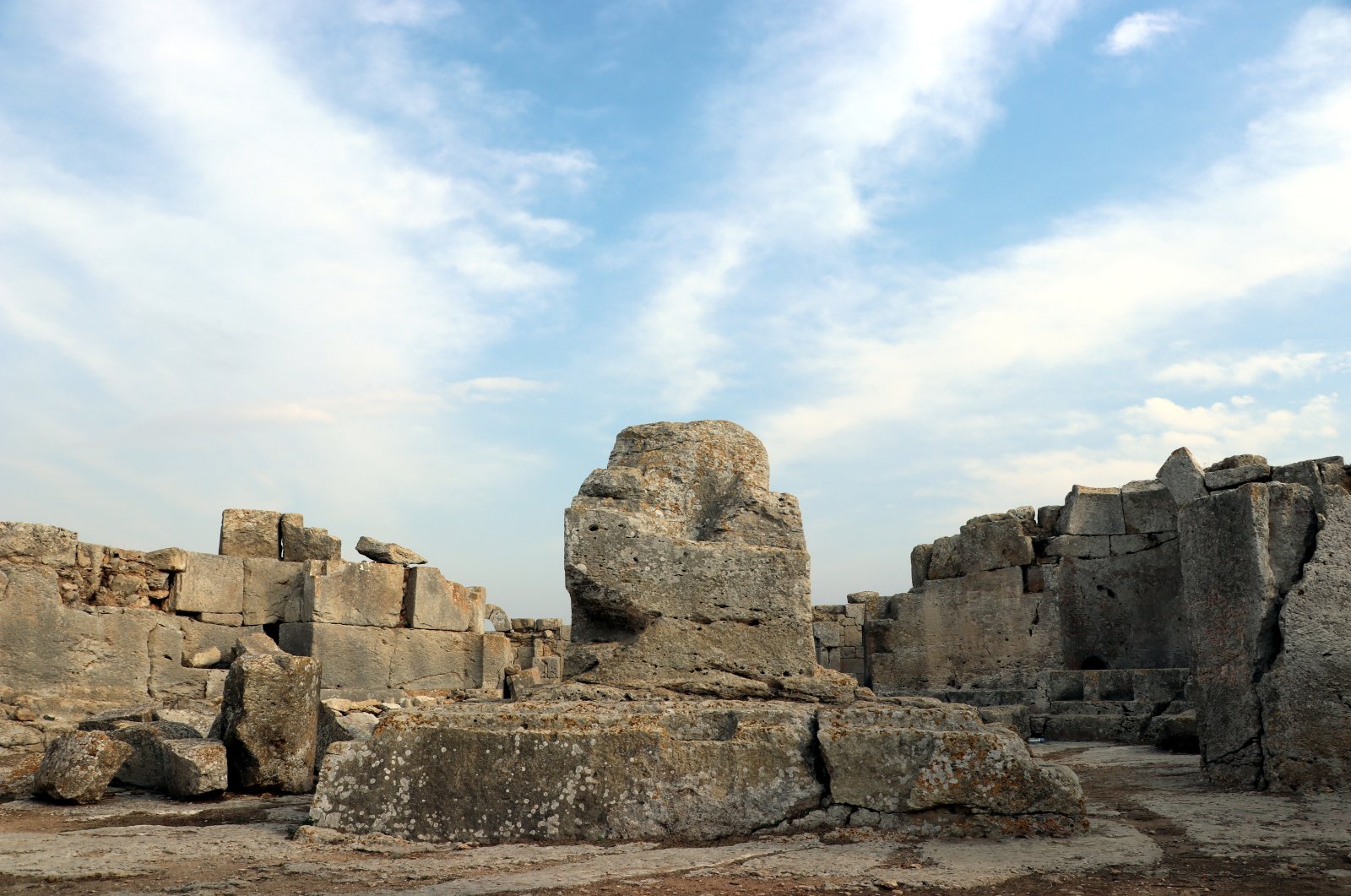 The Monastery of St. Simeon Stylites the Younger is expected to draw tourists to Turkey’s southern Hatay following excavation and restoration work that aims to unearth the architectural remains

After a 60-year hiatus, restoration and excavation work has resumed at the Monastery of St. Simeon Stylites the Younger, located in an area between the Defne and Samandağ districts of Turkey's southernmost Hatay province, and the site will host tourists once it is completed.

Considered an early Christian pilgrimage center, the monastery has an important place in the city's faith tourism. It is known to have been built in the sixth century by Saint Simeon Stylites the Younger to offer religious education. The saint – who was from Antioch, an ancient Greek city near Hatay – was the founder of the Order of the Stylites.

The Monastery of St. Simeon, situated on a hill at an altitude of about 480 meters (1,575 feet), near the Aknehir quarter, is currently undergoing its third round of rescue excavations and restoration, after earlier efforts in 1930 and 1960. A team of about 15 people is working in the nearly 81,000 square-meter (20-acre) excavation area in an attempt to uncover the church, baptistery, cistern and other architectural ruins inside the monastery and to introduce the region to tourism.

Mosaics featuring animal depictions on the church floor of the monastery are being unearthed thanks to the excavations initiated by the Hatay Archaeological Museum. The building stones of the monastery, some of which were destroyed by earthquakes and other events, are also being numbered for restoration.

Ayşe Ersoy, the director of the Hatay Archaeological Museum, told Anadolu Agency (AA) that religions, beliefs and cultures have mingled with each other in the ancient city of Hatay for millennia. Emphasizing that the Monastery of St. Simeon is one of the riches of the city, Ersoy stated that the first excavation at the site was carried out by the French in the 1930s and the second by the Georgians in the 1960s.

She noted that the Hatay Archaeological Museum made an attempt 60 years later to unearth the monastery, adding, “We are carrying out new excavation work to pass the cultural assets here onto future generations.”Noting that ashlars on all the walls were destroyed by earthquakes over the years, Ersoy said that the area will be rebuilt through 3D laser scanning and the consolidation of the mosaics. “One aspect that makes our mosaics valuable is the intense use of glass tesserae in them, but unfortunately they were destroyed because they were too close to the floor,” she said. Ersoy said they also found an inscription which read, “We have repaired this beautiful area” – an important find in terms of dating.

Ersoy further stated that they are planning to excavate the baptistery in 2021 as it is an important area that has not yet been opened. “Our excavations will continue and when the restoration is complete, all parts of this monastery will be opened for visitors,” she said.

Touching on the monastery and its founder, Ersoy said: “The Monastery of St. Simeon is one of the first pilgrimage centers of Christianity. Saint Simeon lost his family in a big earthquake in Hatay around A.D. 530 and devoted himself to religion. He secluded himself in this monastery on the top of a mountain to be closer to God.”

According to Ersoy, St. Simeon stayed on the top of a pillar carved into the rock for 40 years, where he developed a closeness with God, healed people and preached religious sermons. Once he earned a reputation, influxes of people from all over the world and Anatolia came to the monastery, and thus the Order of Stylites was founded there.