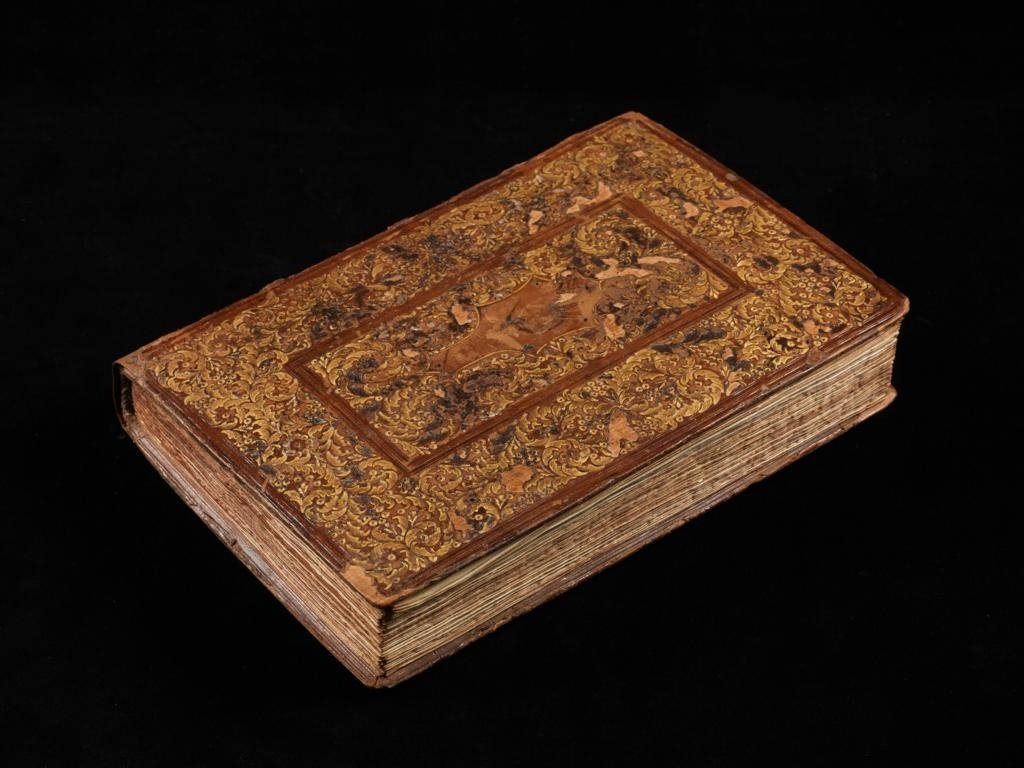 History is filled with lost works of art, but sometimes luck provides an undiscovered gem. That is how associate professor Filiz Barın Akman of Social Sciences at the University of Ankara, and her spouse and academic Beyazıt Akman, unearthed a 5,000-line epic poem from the Renaissance period written by an Italian poet in honor of Ottoman Sultan Mehmed the Conqueror.

The Akman couple, in an interview with the Anadolu Agency (AA), spoke about the discovery and the features of the work. The work has not been translated into Turkish or English in the nearly 550 years of its history and has not been the subject of any academic study.

Beyazıt Akman said that he was working with his wife on the perception of Turks and Islam in the West. "We were constantly trying to find new resources. In our research, we have seen several references to this work and the author, but we had never seen the work itself. Citations to this work were also citing through citations. We have not encountered a study that reads and interprets the work from beginning to end," he said.

Akman said they have a facsimile copy of the work printed in Italy in 1978, and underlined that they will try to reach the original Latin manuscript from the Bibliotheque de Geneve library in Geneva, Switzerland.

He explained that their first step would be to complete the poem's translation.

"If this work had been written about a Christian emperor and not a Muslim Turkish ruler, I am sure it would have been mentioned among classical epics such as Homer's Iliad and Virgil's Aeneid. They imprisoned it in the archives of their libraries."

"There is no doubt that orientalist historiography has a great influence on the fact that the work has been unknown to such a degree until now. We first want to translate this work into Turkish and English, and then analyze it. I don't know why it hasn't attracted anyone's attention for five centuries," he stated.

Akman pointed out that Filelfo's poem carried as much historical significance as Venetian artist Gentile Bellini's famous portrait of Sultan Mehmed the Conqueror.

"Undoubtedly, this work is no different from Bellini's portrait of Mehmed. What one did with the art of painting, the other did with literature. It is important that the work is presented to our own people and other cultures with up-to-date translations. With this project, we aim to fill this gap."

Meanwhile, Filiz Akman gave some insight into the background and the story of the poem.

After Sultan Mehmed conquered Istanbul, among those imprisoned was the brother-in-law of a Venetian merchant named Othman Lillo Ferducci of Ancona. Ferducci sent a letter to the Sultan, asking his brother-in-law to be released, and the Sultan freed him without demanding any ransom.

Influenced by the Sultan's gallant act, Ferducci added the name "Othman" to his name as a show of gratitude, as "Othman" was the name of Sultan Mehmed's ancestor and the founder of the Ottoman Empire. He also requested from his friend, Renaissance poet Gian Mario Filelfo, born in Pera in 1426, to write an epic poem about Sultan Mehmed, describing his achievements and conquests.

"He aimed to thank the Sultan and express his thanks to him," she said.

Akman noted that the work will be translated from the Latin original into Turkish and English, accompanied with detailed literary readings and explanations of the historical context. She stated that they aim to have the book on shelves in a few months.

The book will be published by Kopernik Publishing under the title, "Emir: Fatih's Epic of Five Centuries."