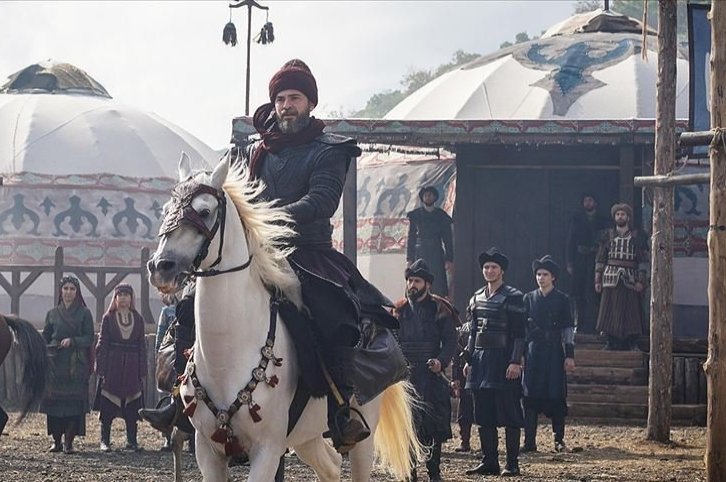 It is no secret that Turkish TV series and movies are gaining traction around the world, and Arab countries, in particular, seem to be infatuated with historical dramas. From "Payitaht: Abdulhamid" to "Resurrection: Ertuğrul," a new Turkish series is added to Arab viewers’ roster of selection almost every day. However, among all the efforts to get an Arab audience acquainted with the world of Turkish soaps shines a particular name who helps foreign viewers overcome the obvious language barrier. Meet Ali Al Suleiman, an Istanbul-born Syrian translator bringing the best of Turkish-Islamic and Ottoman series to Arab homes.

Suleiman, who currently works as a journalist and translator at the Turkish Embassy in Lebanon, has translated subtitles and dubbed scripts for several series for many channels, especially national public broadcaster TRT, from Turkish into Arabic. He also writes columns for several newspapers and news websites including Yeni Akit and Al Jazeera.

Thanks to his work in the subtitling sector, the Turkish-Syrian translator has racked up quite a following, with 300,000 followers on Instagram and an impressive 400,000 likes on his general Facebook page, in addition to loyal fans on other social media platforms.

Born in Istanbul on Jan. 1, 1996, Suleiman is actually of Syrian origin and spent his childhood there. After completing his primary and secondary education in Damascus between the years 2003 and 2013 and receiving a General Education Certificate (GEC), he went on to study Arabic Literature at Damascus University until 2017. He later came to Turkey to study and graduated from Istanbul University's Turkish Literature Department in 2019.

Turkish soaps and dramas have achieved remarkable success over the past 10 years in 142 countries, with an export volume of about $350 million (TL 2.4 billion). This makes Turkey only second Turkey to the U.S. in terms of exports in the field. Turkish TV series have been praised by many for reflecting the beauty of the country, from historical hot spots and artwork to delightful natural landscapes, with directors earning accolades for creating an alluring impact on spectators worldwide.

The most popular Turkish TV series in terms of the number of viewers is "Resurrection: Ertuğrul," which is aired in more than 100 countries and followed by more than 1 billion viewers. It has also been translated into more than 25 languages, including English, Urdu and, of course, Arabic. The series also broke the world record of most new subscribers in a month on YouTube.