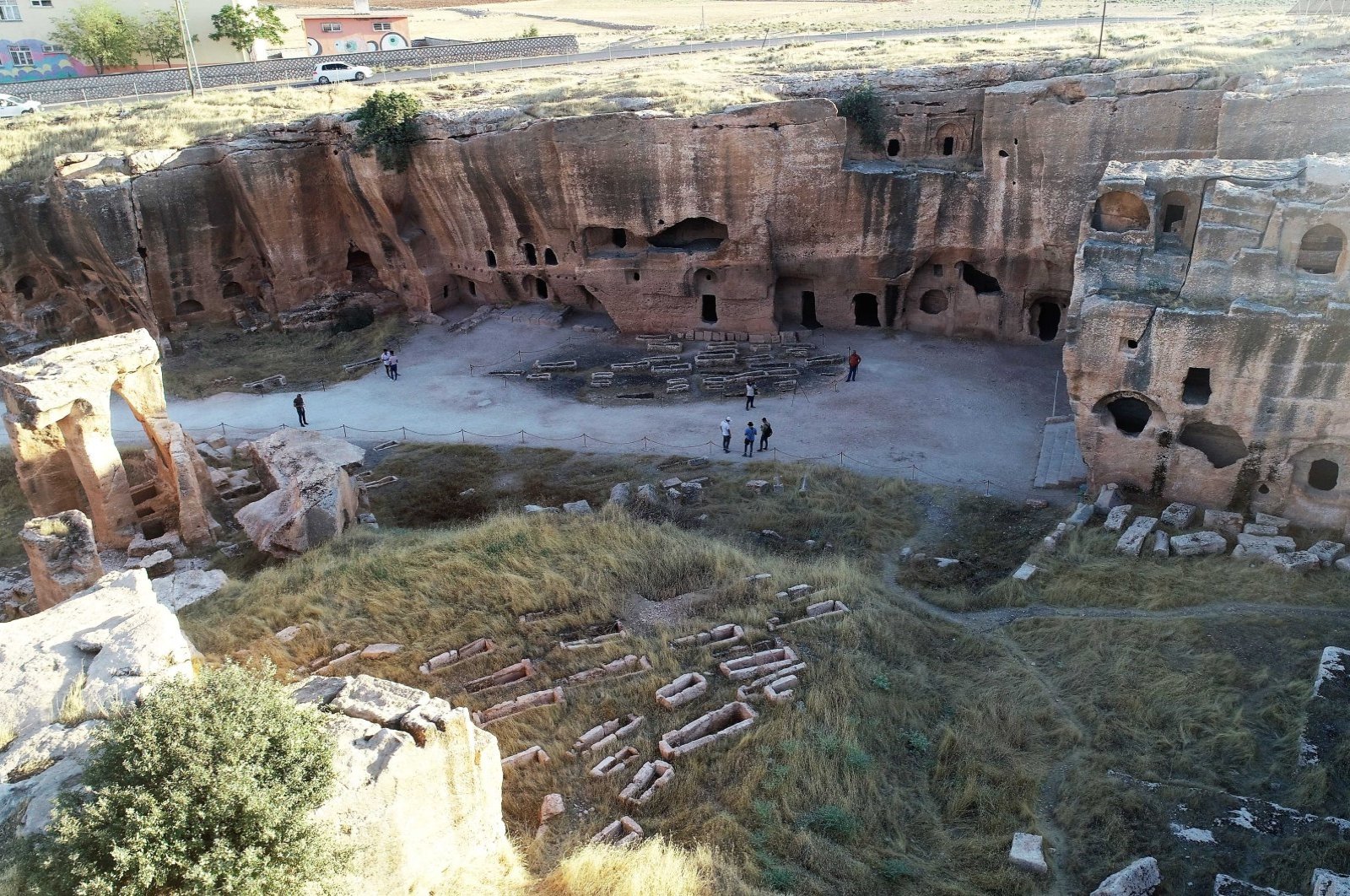 While excavations continue throughout the year in the ancient city of Dara, the historical settlement hopes to find a place for itself in the UNESCO World Heritage tentative list

The ancient city of Dara, located 30 kilometers (around 18 miles) southeast of Mardin, will be eligible for the UNESCO World Heritage tentative list in three years thanks to ongoing efforts, according to associate professor Hüseyin Metin, the head of the excavation delegation in the ancient city and faculty member of the Department of Archaeology at Kafkas University.

The ancient city is one of the most important settlements in Upper Mesopotamia and since excavations began in 1986, various findings have been unearthed – most notably a 1,500-year-old mass grave. The burial site is a world first with hundreds of bodies thought to be buried there and now draws in swarms of visitors.

In the sixth century, Dara was considered the last bastion of the Byzantine Empire in the east with the region playing host to many volatile wars. The 18-meter-long (59-foot-long) and 3-meter-wide walls were constructed encircling the city for defense as well as cisterns to provide enough water for the population of 40,000. The water cistern, referred to as the “dungeon” by the public, could hold 10,000 cubic meters of water and was 6 meters deeper than the Basilica Cistern in Istanbul – a structure dating back to the sixth-century Byzantine period.

Before the pandemic, 600,000 people visited the ancient city, which has been drawing in more local and foreign visitors as of late, but the goal is to reach 1 million visitors once the necessary work has been completed.

Metin stated that in 2020 the ancient city became an archaeological site. “After about two months, the welcoming area and the excavation house of the archaeological site will be ready. So, infrastructure for a scientific excavation will have been completed. We have prepared a five-year working plan here.”

The plan includes excavating the agora, which has already begun, as Metin explained: “The gallery graves are the most visited site in the ancient city. We have decided to open an equivalent grave section for our visitors. Therefore, we have decided to undertake the agora excavations carried out by the Mardin Museum Directorate within the scope of the Dicle Development Agency (DIKA) project. Surely, these excavations cannot be evaluated within a one- or two-year plan. It should be included in a very long-term excavation.”

Pointing out that the ancient city of Dara can enter the UNESCO World Heritage tentative list in three years, Metin noted: “We have started to work toward this goal. The known history of Dara starts in the early sixth century, which is the early Byzantine Empire period. This place was previously called the Ephesus of the southeast, but we can also call it the last bastion of the Byzantines. This is because the ancient city is where the Byzantine Empire's largest field army in the south was positioned in the sixth century. It was a city of about 40,000 inhabitants, which is a large number compared to other places at the time. It is a complex structure with civil buildings, baths, various water cisterns and public buildings. It also has a 4-kilometer rampart structure. From this point of view, Dara is one of the most robust cities in the southeast, in other words, one of the most important cities that have survived, consisting of purely Byzantine structures. As part of our work on the agora and wall defense systems this year, we also intend to access archaeological evidence related to them. In the coming period, we have to add new areas to the excavations that we have done so far, so that it could become an area where visitors can spend their time during the day for its status of being an archaeological site. One of our most important goals is to preserve these structures in their original form and to establish a connection between the past and the present.”