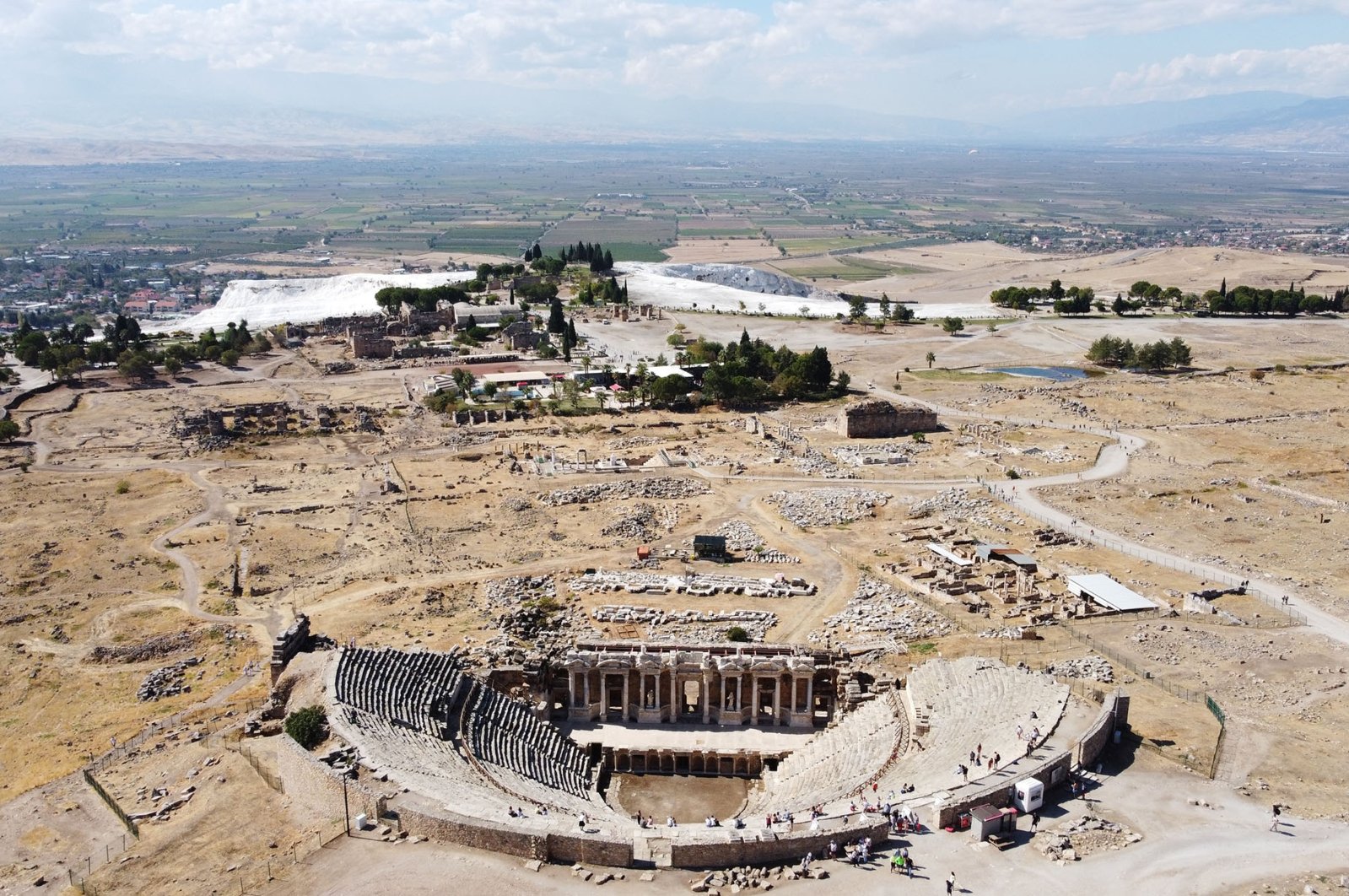 There was news for archaeologists in Turkey to celebrate this week after researchers revealed that the remains of two houses from the Hellenistic period had been discovered during excavations this year in the ancient Greek city of Hierapolis.

Located in the town of Pamukkale in Turkey's Aegean province of Denizli, the remains are believed to date back to the founding of the ancient city, which is on the UNESCO World Heritage List, said Grazia Semeraro, a classical archeology professor at Italy’s Salento University, and head of the excavation team.

Speaking to Anadolu Agency (AA), Semeraro said they have unearthed important findings in the excavation area in the northern part of the city, near the agora and the second theater of Hierapolis.

"We have obtained very interesting data from the oldest and lesser-known phases of the city, which we think dates back to the Hellenistic times.”

She said they were carrying out extensive maintenance work to restore the ancient theater and the main monuments in the Martyrium of St. Philip the Apostle, which are frequently visited by tourists.

Noting that the ancient people did not stop living in Hierapolis and the Lykos Valley despite earthquakes, Semeraro said they continued to build new earthquake-resistant monuments in the region.

She said the city is thought to have been an important rural settlement as traces of olive oil production and a round millstone were found.

Excavations and restorations continue at many points such as the Sanctuary of Apollo, the Monumental Fountain, the houses near the theater and the mass grave area.

A team of 30 archaeologists, restorers and architects from the universities of Salento, Messina, Florence, Pamukkale and Amasya are taking part in the fieldwork.

Dubbed a "Holy City” in archeological literature due to the number of temples and religious structures it houses, the ancient city of Hierapolis-Pamukkale is believed to have been founded by Eumenes II, one of Pergamon kings, at the beginning of the second century B.C.