'Hell's Gate' in Turkey's Pamukkale to open this year 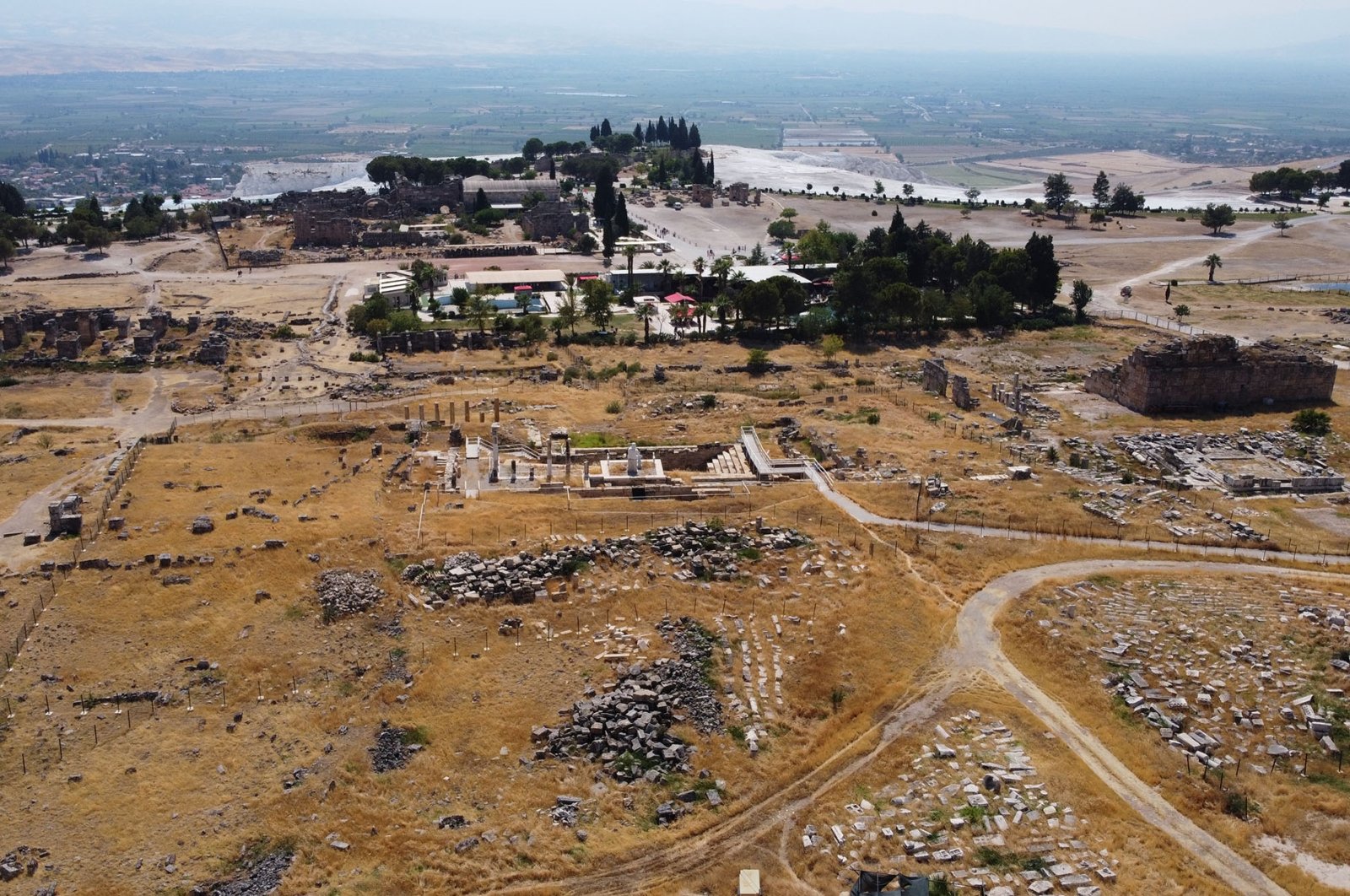 The gates of hell will burst open this year if all goes according to plan. “Hell's Gate” referred to as the “gateway to the land of the dead,” in the city of Hierapolis in Turkey's Pamukkale is expected to be opened to visitors later this year.

Uncovered in 2013 during excavations led by professor Francesco D'Andria, the gate is a Plutonian – a religious site dedicated to the god Pluto, sometimes referred to as Pluto's gate – and is one of the original sources of thermal water that makes Pamukkale's travertines white.

The ancient gate, an ancient UNESCO World Heritage site, adorns Hierapolis, a city that was founded by Pergamon King Eumenes II in the second century B.C. It was resurrected after six years of hard work by the excavation team which D'Andria handed over to professor Grazia Semeraro from the University of Salento in Italy.

The three-headed guardian dog named Cerberos, which represents Hades in Greek mythology and Pluto in Roman mythology was placed on the gate in 2018.

Coşkun Daşbacak, deputy director of the excavations and doctor of archeology department of Pamukkale University's faculty of arts and sciences, said that preparations were almost complete for the reopening of the ancient gate.

He provided details on the historical use of the structure in ancient Phrygian times, saying that it was built as a holy site for ceremonies.

“This gate is a 2,200-year-old structure,” Daşbacak told Anadolu Agency (AA). “It was destroyed in an earthquake that occurred 1,500 years ago. During restoration work, the area was arranged in a way to allow religious ceremonies to be held, in ancient times.”

“The gate rises at the spot of a seismic fault line that traverses the city from north to south. At this spot, a cave that provides a thermal water source had formed which emits carbon dioxide gas deadly to living creatures.

“This is why it was considered sacred. The city, which was founded as a Greek colony in the third century B.C., was named 'Hierapolis' (Holy City) due to this 'sacred' area with the Phrygian Period.”

Daşbacak explained that carbon dioxide released from the ground as hot water accumulated on the floor of the cave, and this could be deadly for small animals, he theorized on the mystery of the gate.

“Because carbon dioxide gas was heavier than air, and the cave was cold at night, it accumulated on the ground,” he said.

Daşbacak is optimistic about the future and believes there is a strong chance the Gate of Hell will become a touristic paradise.

“We think that there will be an influx of visitors with these features,” he stated.