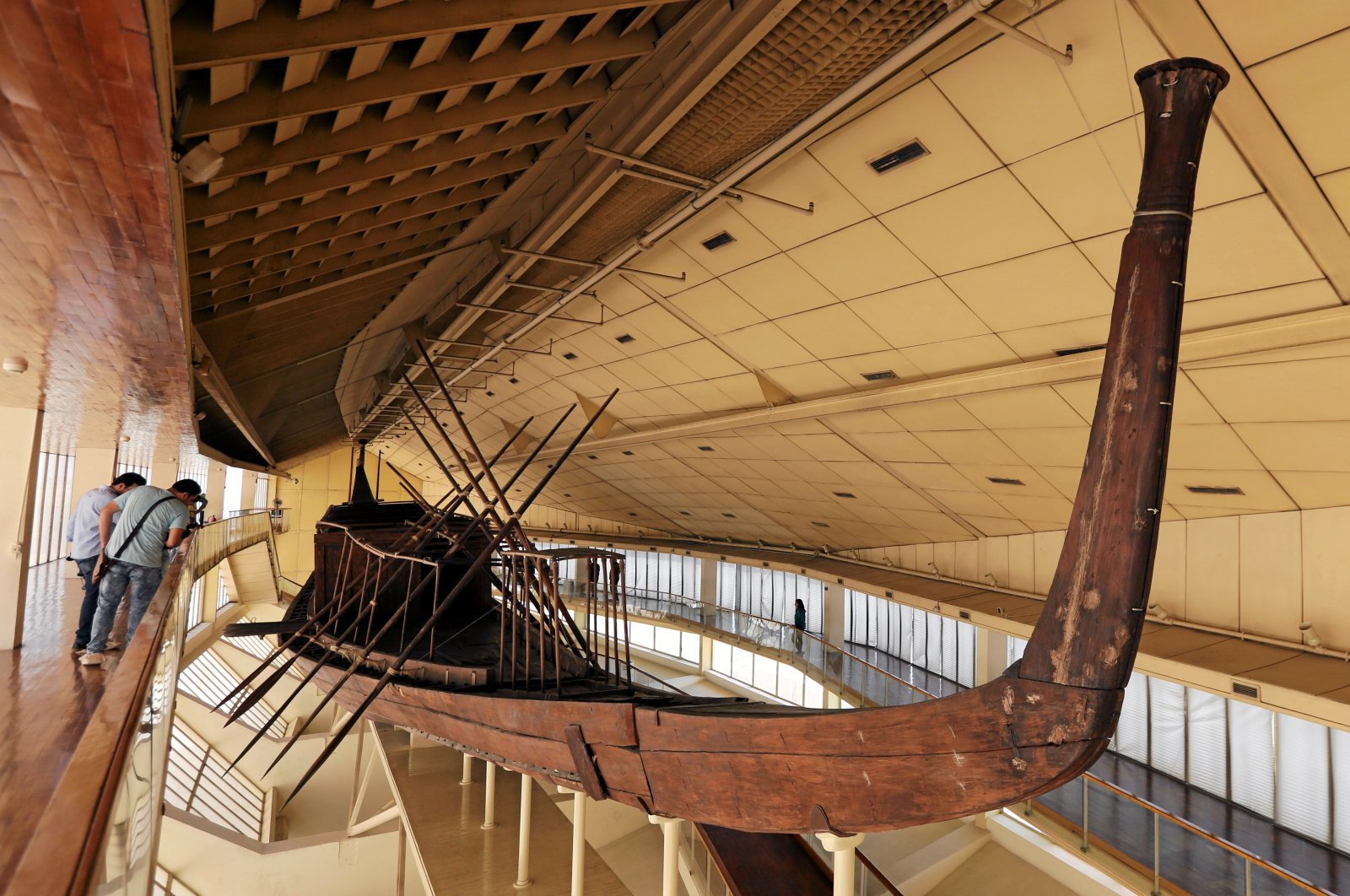 King Khufu's boat, one of the oldest, largest and best-preserved vessels from antiquity, was taken from its longstanding home next to the Giza pyramids and transported to a giant museum in Egypt, according to an official statement Saturday.

The 4,600-year-old vessel, also known as the solar boat, was moved to the nearby Grand Egyptian Museum (GEM), due to be inaugurated later this year.

"The aim of the transportation project is to protect and preserve the biggest and oldest organic artifact made of wood in the history of humanity for the future generations," the tourism and antiquities ministry said in a statement.

It took 48 hours to transport the cedarwood boat, which is 42 meters (138 feet) long and weighs 20 tons, to its new home. It arrived at the GEM in the early hours of Saturday, the ministry said.

The boat was transported as a single piece inside a metal cage carried on a remote-controlled vehicle imported especially for the operation, said Atef Moftah, supervisor general of the GEM project.

King Khufu was an ancient Egyptian monarch who was the second pharaoh of the Fourth Dynasty, in the first half of the Old Kingdom period (26th century B.C.). The vessel, discovered in 1954 at the southern corner of the Great Pyramid of Pharaoh Khufu, has been exhibited for decades at a museum bearing its name at Giza Plateau.

Egypt says the Grand Egyptian Museum, which has been under construction intermittently for 17 years, will contain more than 100,000 artifacts when it opens.