And the word of the 2nd pandemic year is... 'Vaccine' 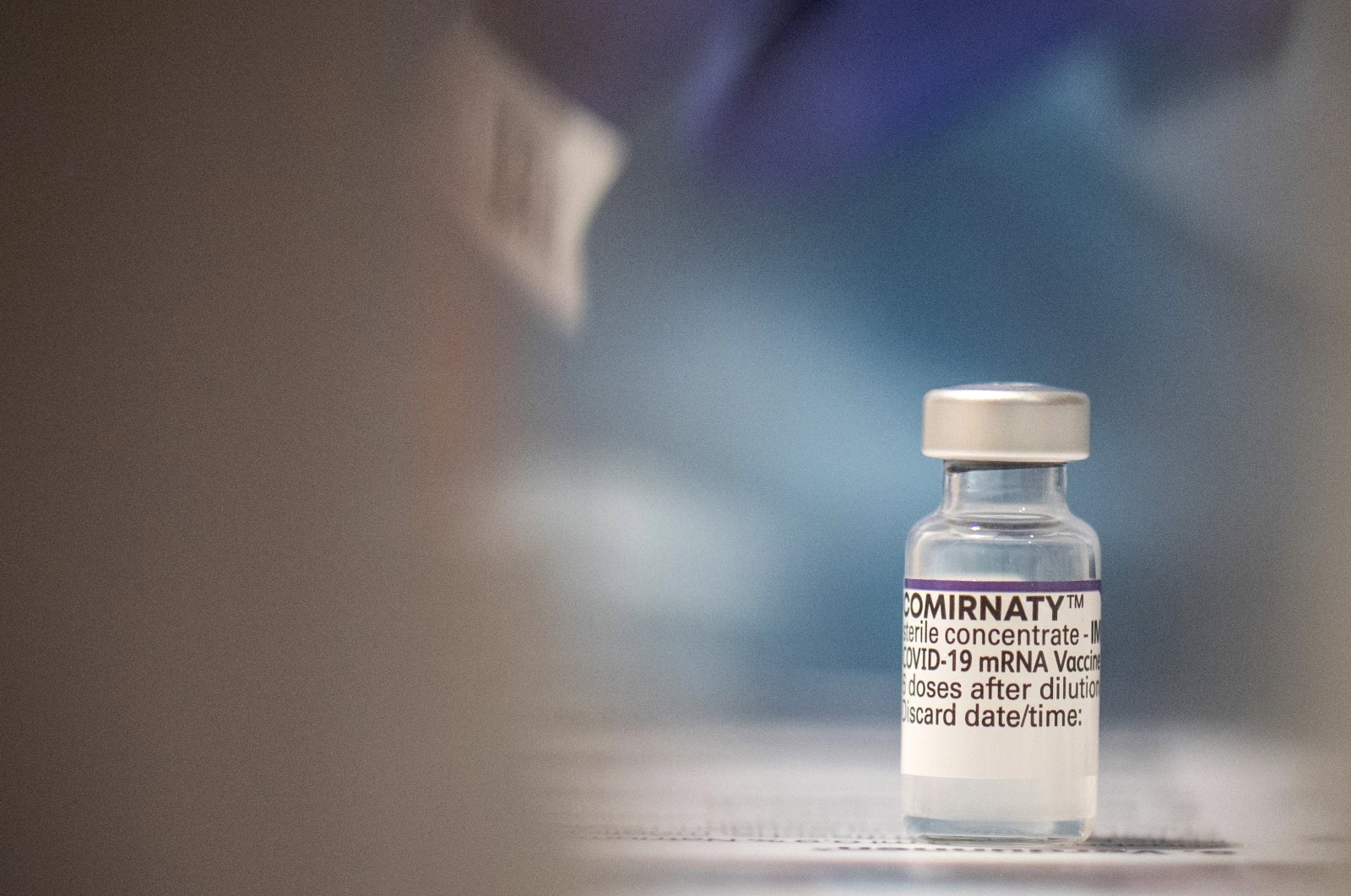 A phial of the BioNTech vaccine Comirnaty stands ready at a vaccination center at the Gesellschaftshaus in Kirn, Germany, Nov. 28, 2021. (AP Photo)
by French Press Agency - AFP Nov 29, 2021 9:17 pm
RECOMMENDED

It was a year marred by the COVID-19 pandemic and new variants but also a year of hope that things might see an improvement in the near future thanks to vaccines. Even the dictionary agrees with that sentiment as Merriam-Webster on Monday revealed that it had chosen "vaccine" as its word of the year for 2021, reflecting both the hopes and divisions that vaccination campaigns have sparked around the world.

"The word vaccine was about much more than medicine in 2021," the dictionary – which based its decision on surging interest in the term's definition – said in a post on its website.

"For many, the word symbolized a possible return to the lives we led before the pandemic. But it was also at the center of debates about personal choice, political affiliation, professional regulations, school safety, healthcare inequality, and so much more."

Merriam-Webster said the development of messenger RNA (mRNA) vaccines required it to expand its definition of the word "vaccine," because the technology triggers an immune response by telling human cells to create antigens, versus classic vaccines, which inject a neutralized form of a virus or antigens.

The word "vaccine" saw a 601% increase in definition lookups over the year, compared to 2020.

But "the prominence of the word vaccine in our lives... becomes even more starkly clear when we compare 2021 to 2019, a period in which lookups for the word increased 1048%," Merriam-Webster said.

Vaccines are back in the spotlight once again after the discovery of a new COVID-19 variant, prompting renewed appeals for people in the developed world to get vaccinated or boosted against the virus – and for vaccines to be made more widely available across the developing world.

The World Health Organization has listed the omicron strain as a "variant of concern," and countries around the world are now restricting travel from southern Africa, where the new strain was first detected, and taking other new precautions.

In the United States, top government scientist Anthony Fauci on Monday urged everyone eligible to get a COVID-19 vaccine to help protect against severe disease.

"A variant like this, although there's a lot we don't know about it, one thing we do know is that vaccinated people do much, much better than unvaccinated people," he said. "I would strongly suggest you get boosted now."