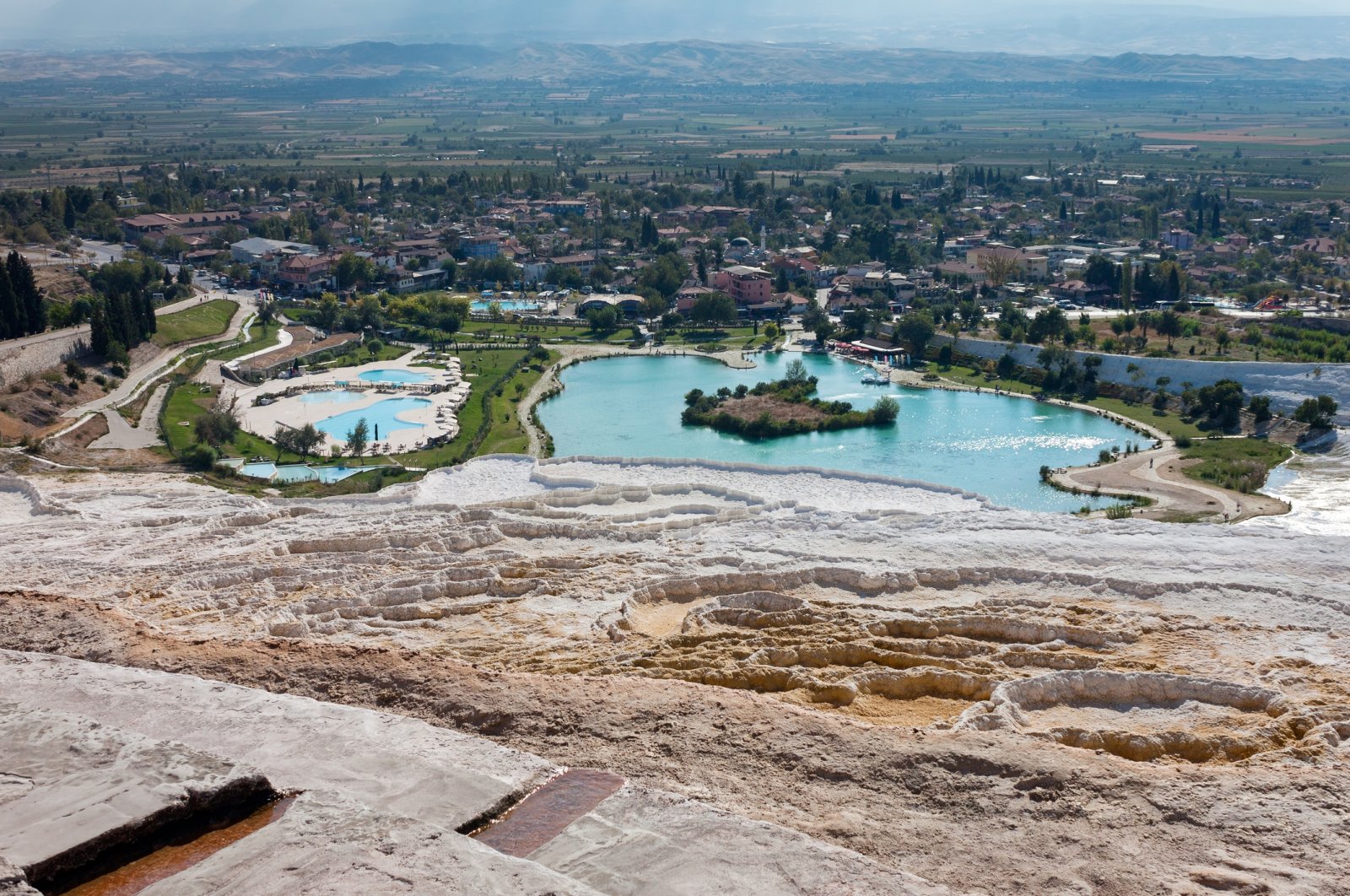 A team of paleoanthropologists, paleontologists and geologists from universities in Ege, Pamukkale and Hitit conducted a surface survey in the southwestern province of Denizli under the coordination of the Ministry of Culture and Tourism. During the survey conducted under the leadership of Ahmet Ihsan Aytek, a faculty member at the Department of Anthropology, Faculty of Science and Letters at Mehmet Akif Ersoy University (MAKÜ), eight fossils of different mammal species estimated to have lived between 1.2 million and 9 million years ago were found.

Speaking to Anadolu Agency (AA), Aytek said that they found fossils belonging to many animals in the surveys they have been conducting with a multidisciplinary team since 2017 in Denizli and that the survey in 2020 marks their fourth survey season.

Pointing out that they are trying to research the ancient fauna of the region by exploring new areas in known regions, he said: “Two years ago, we discovered a new site in Tavas. This was the first time we announced the existence of various fossils in this place. In this year’s study, we identified four new species that were previously unknown here. These are from an extremely large giraffe and anteater that are different from the

pig, hyena and giraffe that we previously found in the area. In particular, the anteater fossil is very important as its a very rare animal in Turkey. Again, in an area in the Beyağaç district, which is very close to this location, we made a very important discovery this year and found a fossil of a proboscidean that had never been detected before in Anatolia. This elephant species is of great paleontological importance. These two locations coincide with what we call the late Miocene period and date back 7.5 million to 9 million years.”

Aytek recalled that they had discovered important fossils dating back 1.5 million or 2 million years in studies in previous years, adding: “In Denizli, Pleistocene period fossils were found in travertine areas, and this year we discovered for the first time the presence of Pleistocene period fossils in an area outside travertines. Thus, we have discovered a new site. We identified fossils of two different species, one of which is a mammoth, here. We can say that the mammoth found lived 1 million to 1.2 million years ago. This fossil, which we call the southern mammoth, is the first in terms of being the first macro-mammal find outside travertines in the region. Following the discovery of new fossils, we raised the number of species found in the Denizli sites to 30. These fossils have also demonstrated the necessity of a paleontological excavation in Denizli.”

Underlining that Denizli has a fossil-rich landscape, Aytek stated that their excavation plans in Tavas were delayed due to the COVID-19 outbreak and that they plan to resume as soon as the pandemic ends.

Serdar Mayda, a faculty member of the Department of Biology at Ege University, also noted that they saw exciting results as a team. Mentioning their discoveries of the anteater, hyena, extremely large giraffe, pig and elephant fossils that had not been recorded before in Turkey, he underlined that they also found a mammoth fossil and a tooth belonging to it, which were better preserved than those identified before.