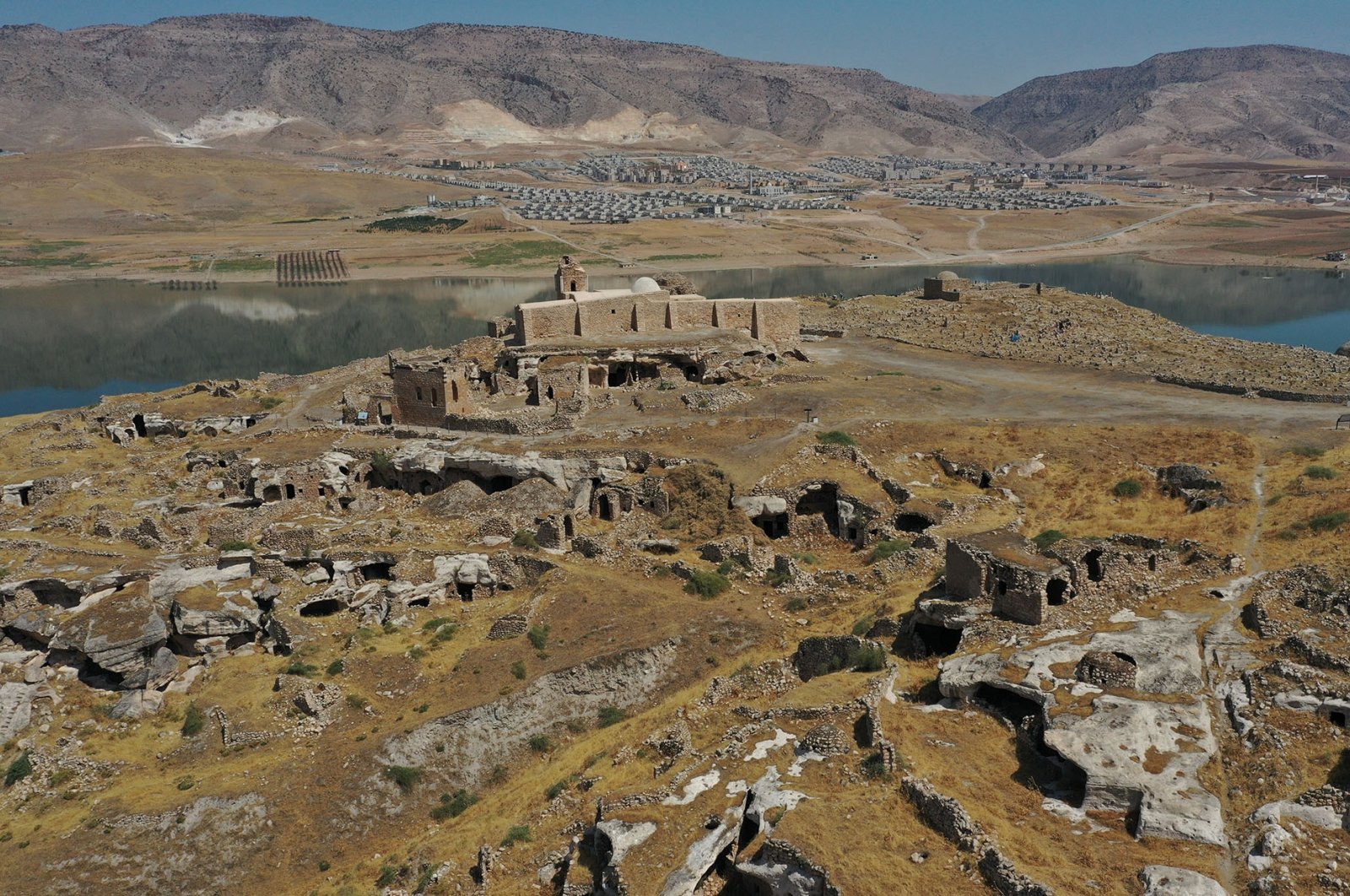 Archaeological excavations have started at the historical castle of Hasankeyf in southeastern Turkey's Batman province in order to shed more light on the ancient history of the site that stands as one of the oldest settlements in the world.

The third period of the excavations, led by Zekai Erdal, associate professor in the Art History Department of Mardin Artuklu University's Faculty of Literature, has begun at the ancient site, which is home to a 12,000-year history and an uninterrupted life cycle from the Middle Ages to the present.

Erdal said that only the lower part of the ancient city was submerged in water from the dam, which bears the name of professor Veysel Eroğlu. The upper part of the town, which once was the citadel, is still standing.

Erdal said that excavations at the site had first begun back in the 1980s and that this time around their aim was to unearth the actual boundaries of the Roman-era garrison structure, which was called the grand palace.

"The Hasankeyf Castle should be considered as a whole together with the valley and structures around it. Our castle covers an area of ​​110 decares (27 acres)," Erdal told Anadolu Agency (AA).

"The best example of this is Ephesus. Excavations in Ephesus have been going on for more than 100 years. Hasankeyf also has a capacity that can last for hundreds of years in this context," he added.

The town, located on the banks of the Tigris River, stood on an important transit route, Erdal said. For this reason, it was possible to discover mounds from the pre-Neolithic period in Hasankeyf and in its surrounding region.

Erdal stated that the town and the castle, due to their geographical and strategic positions, had been a significant capital throughout the Middle Ages and a center of commercial and military routes.

One of the most important remains in the Hasankeyf Castle was the "Secret Gate," according to Erdal, the likes of which are rarely found in Turkey.

"In castles, there are always secret gates that are used to evacuate both members of the dynasty and important figures or even the general public in the castle, when there is a raid or attack on the castle," Erdal said.

He noted that there was such a gate in Hasankeyf Castle that opened to the valley and it had preserved its original texture to this day.

"Our gate is on the hillside next to the castle, in a position that oversees the surrounding region and through the rocky, carved road and stairs it descends into the deep valley," Erdal said. "It provides secret escapes from incidents in the castle as from the deep valley it connects to other valleys to the south of the castle," he added.