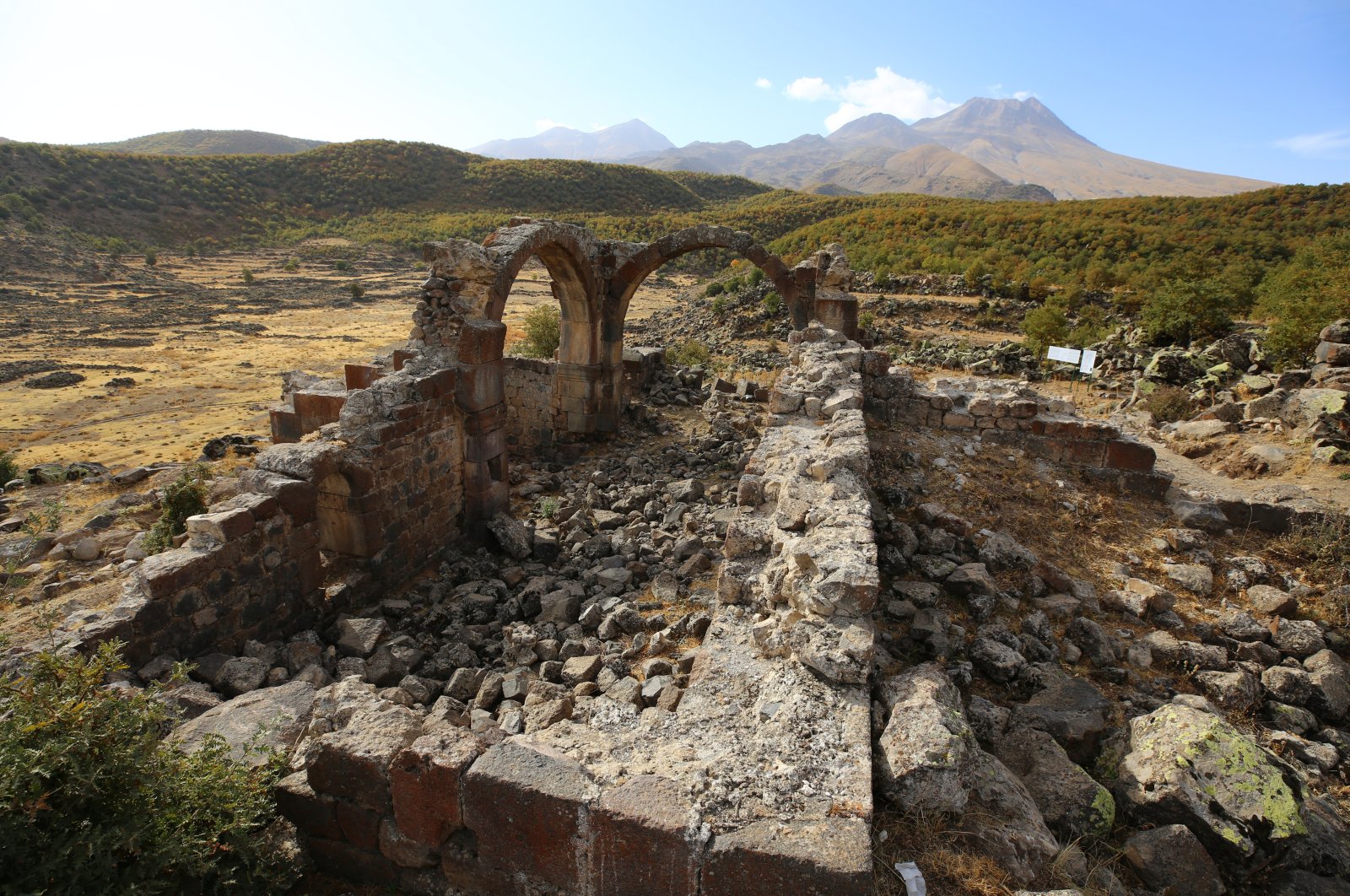 A team working within the Aksaray Provincial Directorate of Culture will resume archaeological excavations in the ancient city of Nora in Turkey’s central Aksaray province. The team has completed research, mapping and architectural documentation studies prior to the excavations under the presidency of the Aksaray Museum Directorate and the scientific consultancy of associate professor Tolga Uyar, a faculty member at Nevşehir Hacı Bektaş Veli University’s (NEVU) Art History Department. In a statement, Aksaray Governor Hamza Aydoğdu said that they aim to establish the ancient city, located on the foothills of Mount Hasan, as a point of tourism following archaeological excavations.

According to Aydoğdu, scientific research has revealed Nora to be one of the most important, well-preserved ruins established over a large area in the Cappadocia region. “Joining hands with the Ministry of Culture and Tourism and academics, our governorship will take care of this ancient city altogether. We need to protect the ruins, history and structures of antiquity and pass it onto future generations,” he said. Associate professor Uyar also stated that the ancient city dates back to the Hellenistic period. Pointing out that a German team examined the area in 1990, Uyar said they will resume the archaeological work after the 30-year break. Uyar noted that the city is referred to in ancient texts as a regional capital during the Eastern Roman Empire, adding: “With its ancient geography and history, the ancient city of Nora is poised to be the Ephesus of the Cappadocia region.”

Roughly 1,000 civilian dwellings were built in the fifth and sixth centuries in the ancient city of Nora making it one of the most densely populated cities of the time. The city is one of the largest and best-preserved ruins of the Cappadocia region and was established on an area of 200 hectares (494 acres). A total of 32 church structures and 20 cisterns have been identified to date. According to Uyar, the churches were built between the mid-sixth century and the early seventh century with the structures reflecting characteristics of Byzatinian architecture of the period.