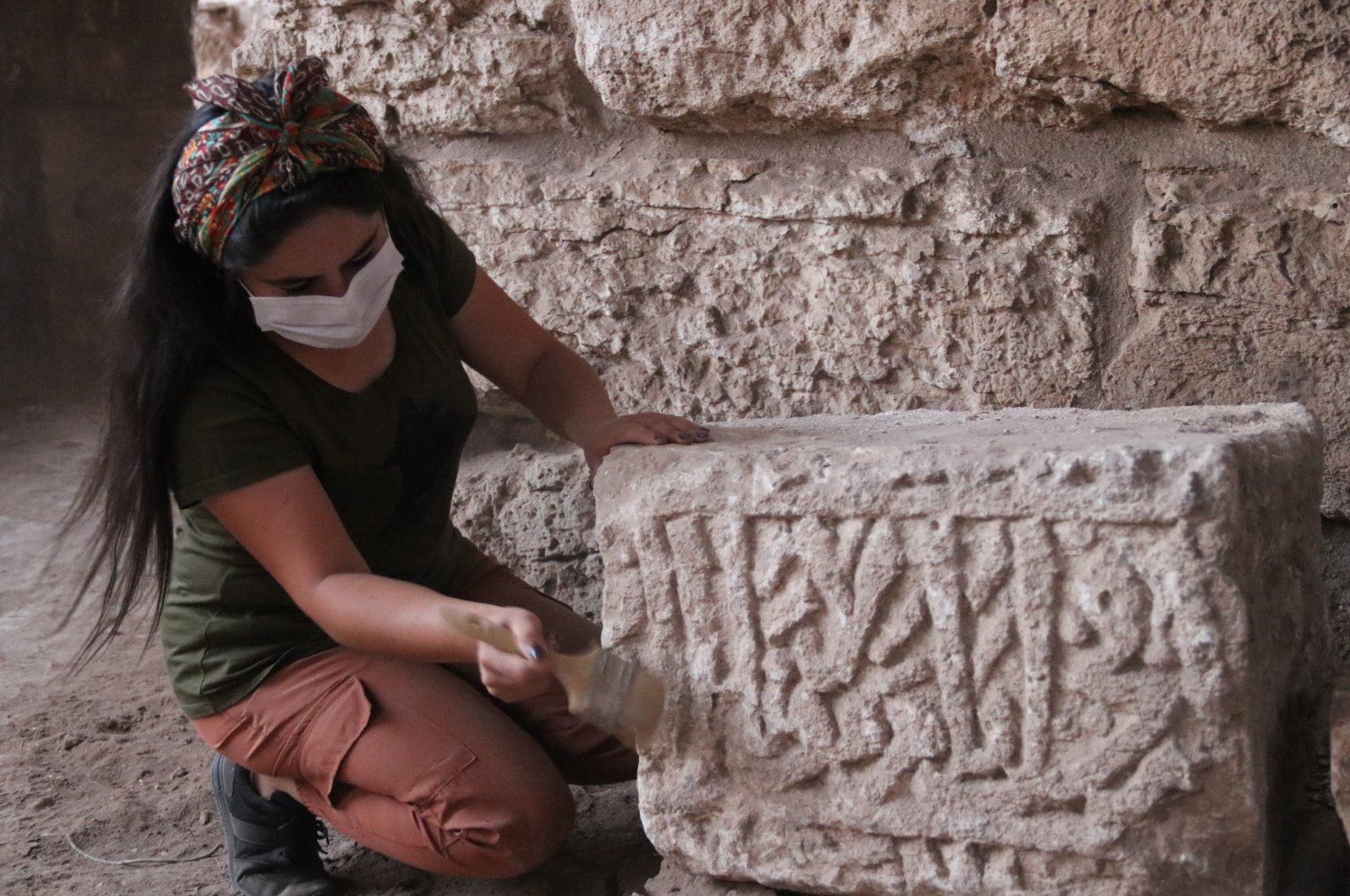 The main gate of the historical Harran Palace, discovered in southeastern Turkey's Şanlıurfa province thanks to two years of excavations, has been unearthed.

Harran district is one of the world's oldest settlements on the UNESCO World Heritage Tentative List, and excavation works have been ongoing for six years at the site.

Located 44 kilometers (27 miles) southeast of Şanlıurfa near the Syrian border, the district was an important Mesopotamian trade center on a road running south to Nineveh in modern Iraq. Inhabited since 6000 B.C., it also served as the capital of the Assyrians and Umayyads.

Led by Mehmet Önal, who is also the head of the Archaeology Department at Harran University, the excavation team of this old settlement worked for two years to reveal the main gate of the 900-year-old palace.

"We completely unearthed one of the two known gates of the historical palace. The gate, about 7 meters (23 feet) high, is made of basalt stones," he said.

Önal underlined that the team also discovered other inscriptions written in Arabic on a basalt stone, adding that these inscriptions will also contribute to the exact dating of the historic construction.

He said the inscriptions and symbols on the stamp seals, rings and arrowheads found in the excavations in the palace were also being analyzed by archaeologists.

Noting that a three-domed bathhouse in Harran Palace was discovered during the previous excavations, Önal added that the bath with cool, tepidity and hot rooms was built during the 12th and 13th centuries and belonged to the Zengid dynasty of Oghuz Turk origin and the Ayyubids period.

He also pointed out that Harran Palace is one of the rare examples that have survived since the Middle Ages in Middle Eastern countries, adding that the palace dating back 900 years has hundreds of rooms.

The first excavations in Harran began in 1950. The site has been on UNESCO’s tentative list since 2000. “The city is mentioned in the Holy Bible,” says the UNESCO website. “It is important not only for hosting early civilizations, but it is the place where the first Islamic university was founded. The traditional civil architecture, mudbrick houses with conic roofs, are unique.”