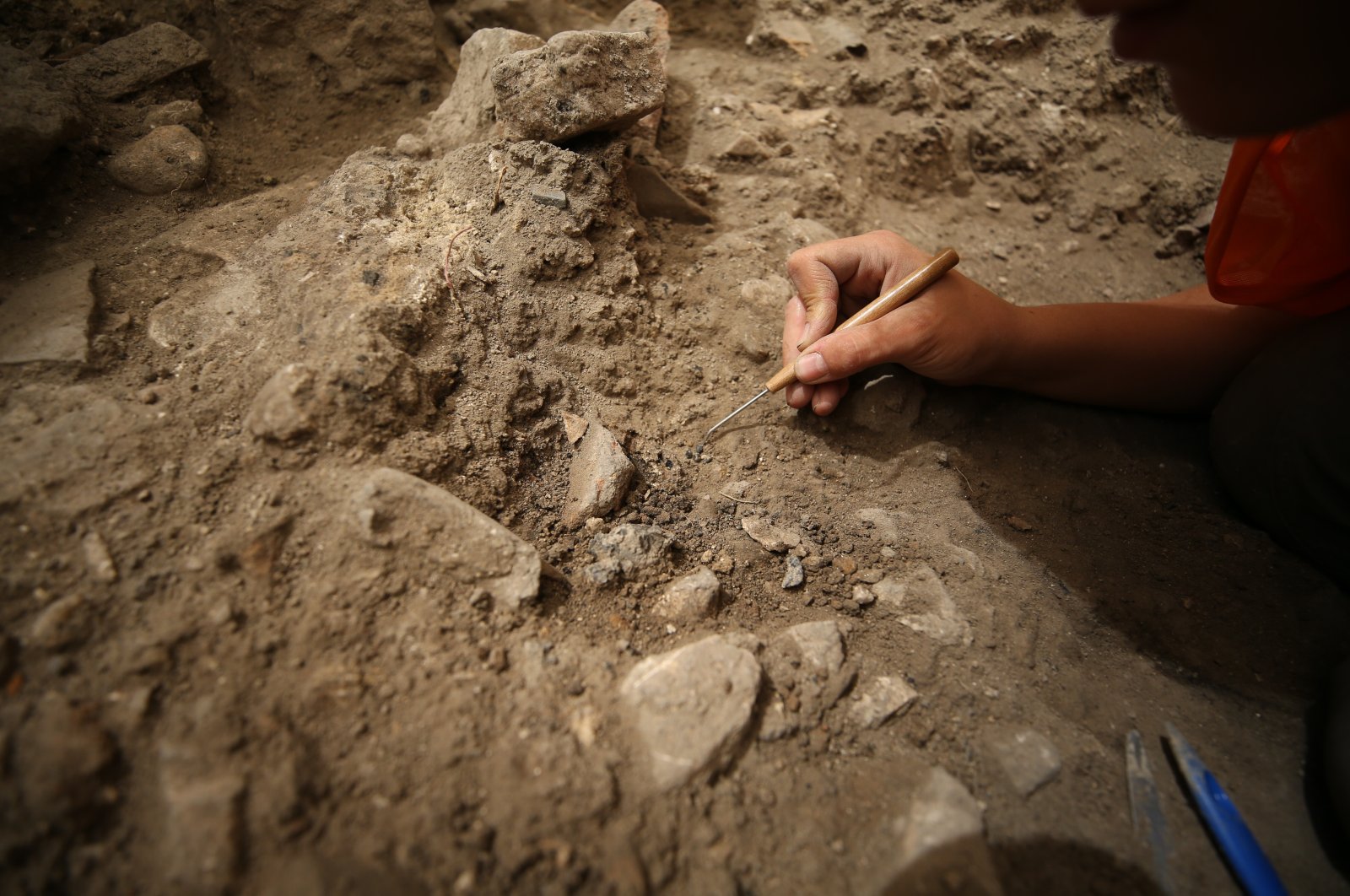 Archaeologists seek clues of the culinary culture and eating habits of the Lydians in the excavations of the ancient city of Daskyleion, located on the shores of Lake Manyas in the Bandırma district of western Balıkesir province, using various dental tools.

The excavation team, headed by Kaan Iren – a lecturer at Muğla Sıtkı Koçman University Faculty of Letters Archaeology Department – continue their work in and around the 2,600-year-old kitchen structure found three years ago in Daskyleion. The team prefers small, sensitive instruments used in dentistry such as forceps and spatulas. With these tools, delicate finds such as pottery, fish spines, seeds and plant remains that have not been destroyed and remained intact can be carefully removed.

Iren told Anadolu Agency (AA) that they named the section where the Lydian kitchen is found "Akro Daskyleion."

Stating that a Lydian palace was destroyed by a fire and the kitchen was affected by this, Iren said, "Our research and excavations have been continuing in this kitchen for years, without skipping any data. We continue our work by slowly digging with very sensitive tools, fine brushes and needles and documenting all data."

Büşra Atalar Yeter, a postgraduate in charge of the Lydian kitchen excavation team, said that they investigated the relationship between the kitchen structure and other areas during their work this year. Stating that they had revealed places that could be cellars, according to their research, Atalar said: "We found burned mud brick blocks in these areas. These probably belong to a cellar destroyed by a collapsed wall because we obtained various bones and different types of seeds from the surrounding area.”

“In order to preserve the data, we have analyzed our work in detail and meticulously. Therefore, we continue to work with small dental tools,” she added.