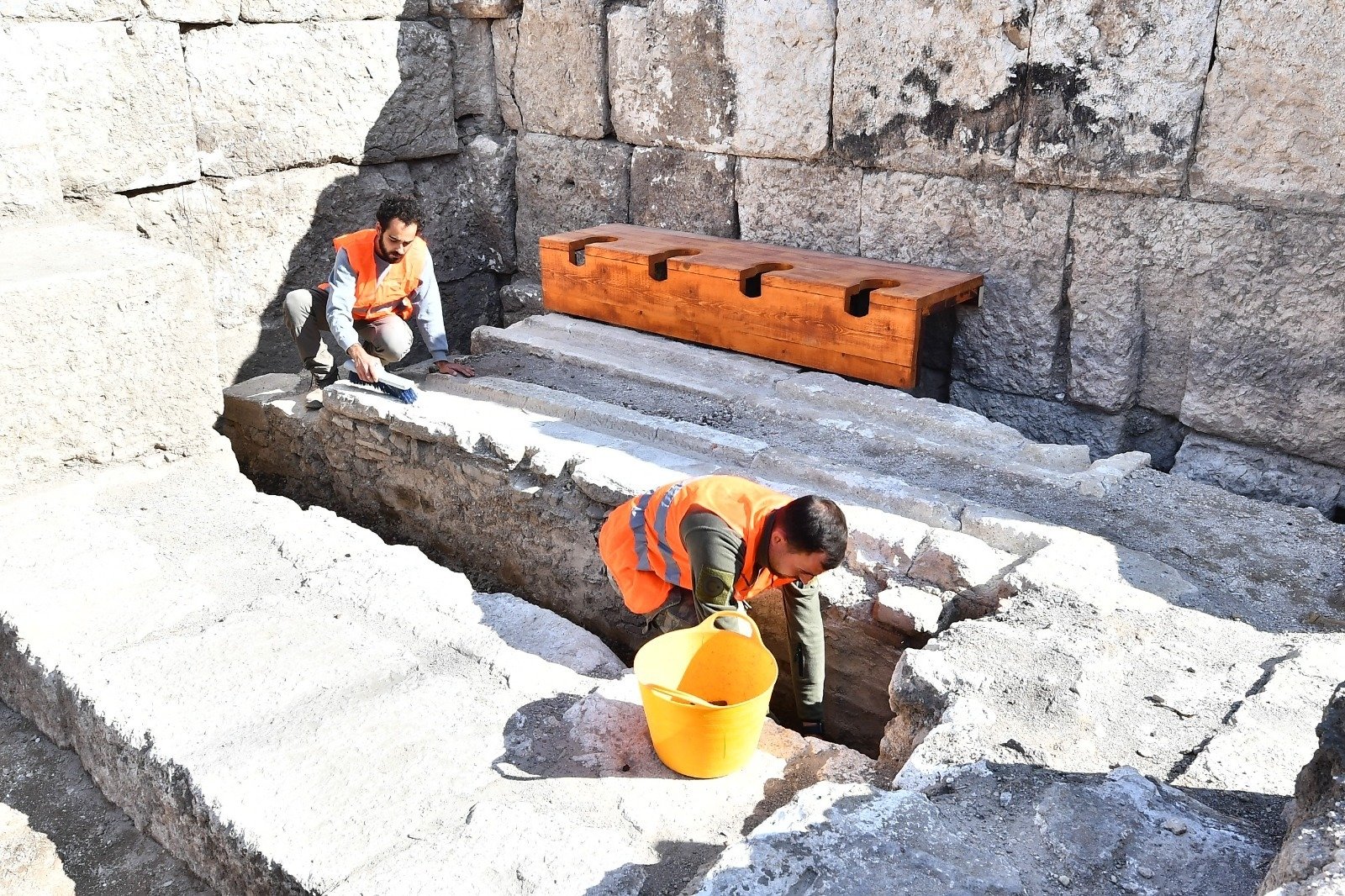 Ongoing excavations have revealed a historical latrina – a toilet or an even simpler facility used as a toilet within a sanitation system – at a historical theater in the ancient city of Smyrna, located within the borders of the western city of Izmir. The latrina is thought to have been used by the artists in the theater. The theater and the commode date back to around the second century B.C. and were used until the fifth century A.D., said Akın Ersoy, an archaeologist at Izmir's Katip Çelebi University and head of the excavation team.

Touting "unexpected finds" during the excavations, an Izmir Metropolitan Municipality statement cited Ersoy as saying this is the first time such a toilet facility inside a stage building has been found.

The commode in the theater, around 40 centimeters (16 inches) high, has a U-shape seating arrangement and could accommodate 12-13 people at a time. Next to it is a U-shaped trough 8-10 cm (3-4 in) deep for clean water.

Scientists believe the toilet, located in a closed area, "was used by actors working in the stage building and performing in the theater," not by audience members, said Ersoy.

Such a find in theaters in the Mediterranean region is unprecedented, he added.

The ancient city, which was established between Kadifekale and the İzmir Bay, has welcomed visitors and travelers from different cultures over the centuries. Smyrna offers fascinating views of history to modern man with its basilica, historic murals and well-protected buildings.