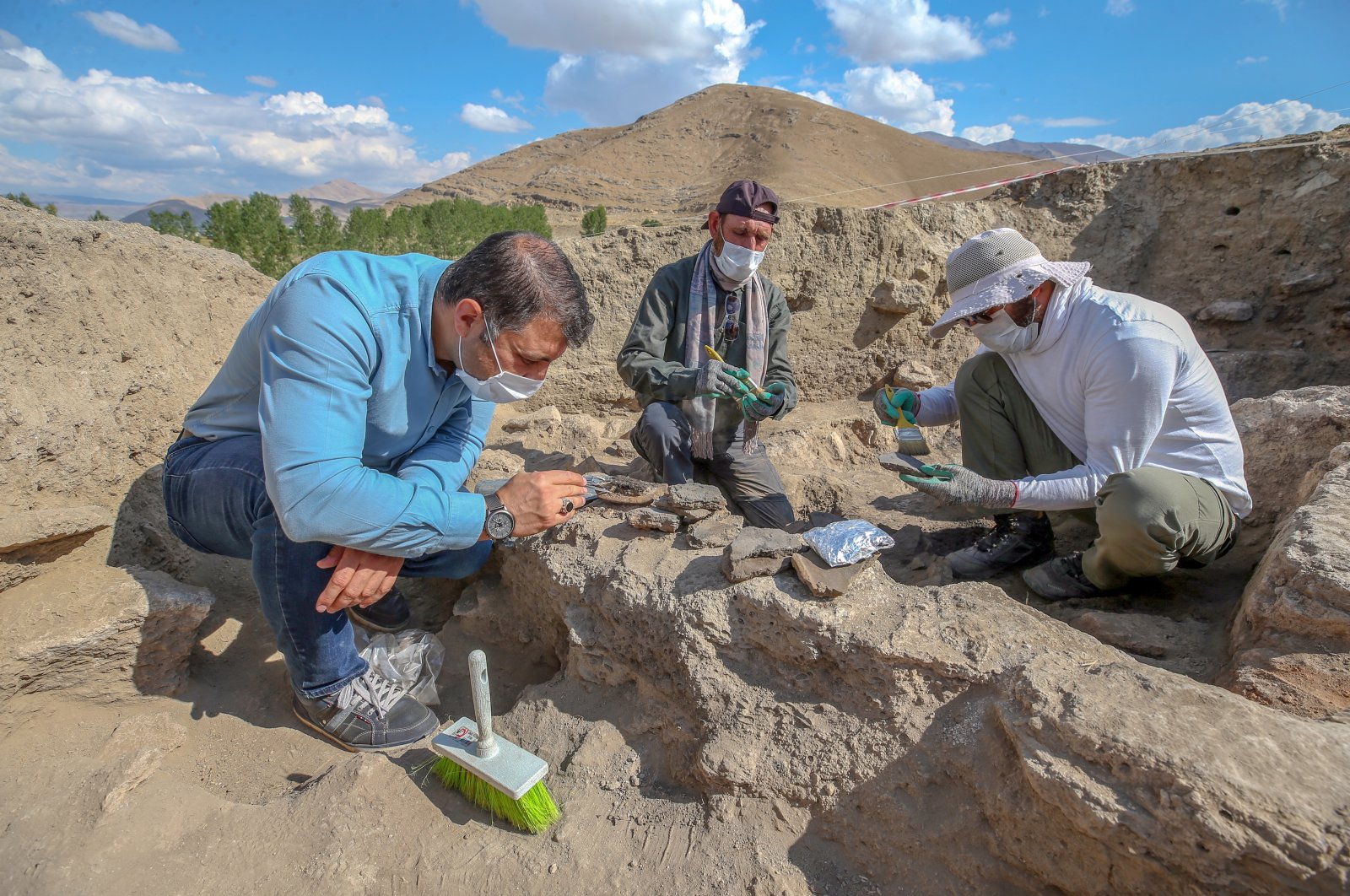 Archaeologists in eastern Turkey's Van have discovered traces of life dating back at least 5,000 years, around the time of the dawn of ancient Egypt.

The Culture and Tourism Ministry authorized excavations at the İremir Höyük (Mound) in Van’s Gürpinar district found a series of artifacts that likely date back to the early Bronze Age, according to experts.

A 15-member team of anthropologists, archaeologists and art historians have been unearthing the early Bronze Age habitats and artifacts.

The pottery and ceramics excavated from the area, believed to be used as storage for a residence, show the traces of life from the early Bronze and Iron Ages.

Erol Uslu, the curator of the Van Museum and head of the team, told Anadolu Agency (AA) that they began earlier this year an archaeological excavation in the mound, which is located in a first-degree protected area.

He said the traces of civilizations that inhabited the mound are clearly visible and added that excavations have been done in 28 different locations in Van so far.

“Mound excavations are very important for discovering historical remains before Urartu, an Iron Age kingdom founded after 1000 B.C.," he said.

“The findings unearthed from the İremir Mound show traces of the early Bronze Age. This shows that there was a pre-Urartian life here.”

“We place great importance on İremir because we can see the traces of civilizations that have lived throughout history here as a whole,” he added.

Hanif Biber, an archaeologist at Van Yüzüncü Yıl University who advises the excavation, said although Van has seen a number of excavations, they fell short of explaining the region’s real history and chronology of events.

“During the excavations, we saw that many different layers overlap,” he said.

Archaeologists made some very promising discoveries from the first moment of the cleaning process, Biber explained. “We found masonry in an area very close to the surface. We thought it belonged to the Iron Age.”

He also noted that the first artifacts were found around a meter under the surface. “Both the architectural form of this place and the findings inside it definitely show that it belongs to the early Bronze Age.”

“In other words, it’s nearly 5,000 years old. There’s a storage container inside. This gives us traces of a house that’s an outbuilding,” he added.

“Ceramic shards from the early Bronze Age were found in this place. Obviously, finding a place like this at such high elevations surprised us and made us happy at the same time.”

Biber and his team said they expect to encounter much larger residences in the mound’s cone.

“We hope to go down to the Chalcolithic and Neolithic ages in the lower elevations of the mound,” he said.