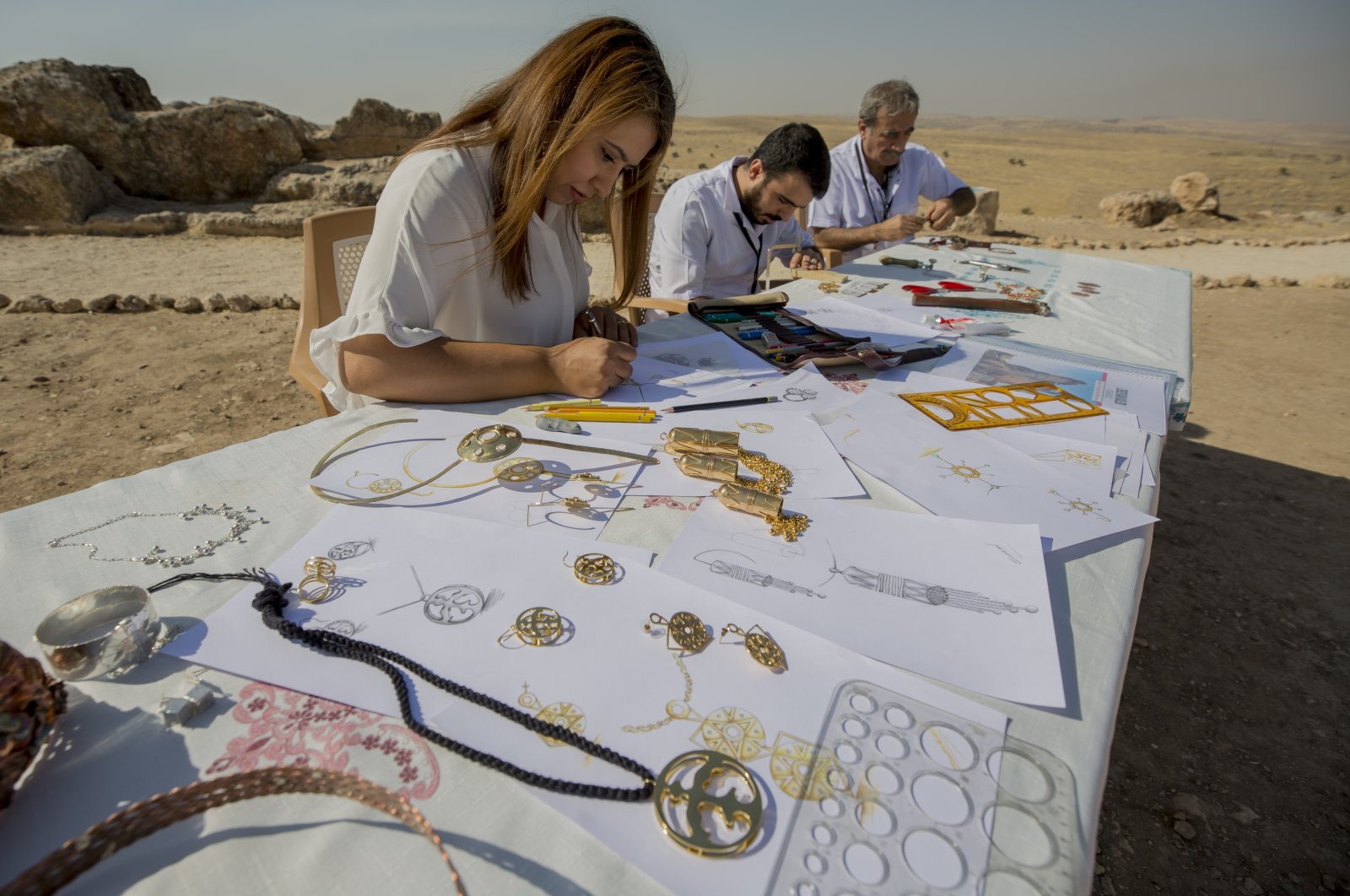 The Diyarbakır Advanced Technical School members produce jewelry and various stuff with the motifs of the artifacts unearthed during the excavations of the 3,000-year-old Zerzevan Castle, which is located near the Çınar district in southeastern Diyarbakır province.

Zerzevan Castle, also known as Samachi Castle, sits on a 124-meter (406.8-foot) rocky hill at a strategic point between the ancient cities of Amida and Dara. Due to its location, the castle dominates the entire valley and therefore was a key military settlement during the Roman Empire. It was a scene of great military confrontations between the Romans and the Sassanians.

The excavations have been underway at the castle, listed on UNESCO's tentative list for World Heritage sites, for six years. Walls measuring 12 to 15 meters high by 1,200 meters long, 21-meter-high observation and defense towers, a church, an administration building, houses, grain and weapon warehouses, a Mithras underground temple, rock tombs and water channels have been unearthed with the archaeological works under the coordination of the Ministry of Culture and Tourism at the castle to date.

A new project has been launched in cooperation with the castle’s excavation team to introduce historical artifacts of the castle and thus transfer the historical culture of the site to posterity. As part of the Zerzevan Castle Revives project, the motifs of the discovered artifacts are being applied to jewelry and various other products.

Jewelry design workshop employees work in the excavation area on certain days and adapt the motifs of historical artifacts to their designs. They will present their productions through a fashion show at the castle.

Associate professor Aytaç Coşkun, the head of the excavation team, told Anadolu Agency (AA) that they unearthed the products used by soldiers and civilians in the excavation area and that the jewelry among them is very important.

Stating that they discovered various kinds of jewelry from belt buckles to necklaces and bracelets from rings to earrings, Coşkun said: “After finding such jewelry of fine details, we understood that the legion soldiers of the period stay with their wives. Also, other jewelry belonging to the wives and children of the civil society were unearthed.” Mentioning their joint project with the Diyarbakır Advanced Technical School, he emphasized that the motifs of these artifacts will be used not only for jewelry but also for clothes and many other products.

Şirine Eronat, deputy provincial director of national education in charge of the advanced technical school, also added: “As we want the works of history to be brought to light, we reflect the products obtained by the excavation team to jewelry and clothing with our master trainers and teachers in our jewelry workshop.”

As part of the multistaged works to adapt historical patterns into jewelry, souvenirs will also be produced soon to offer to visitors to the ancient castle.