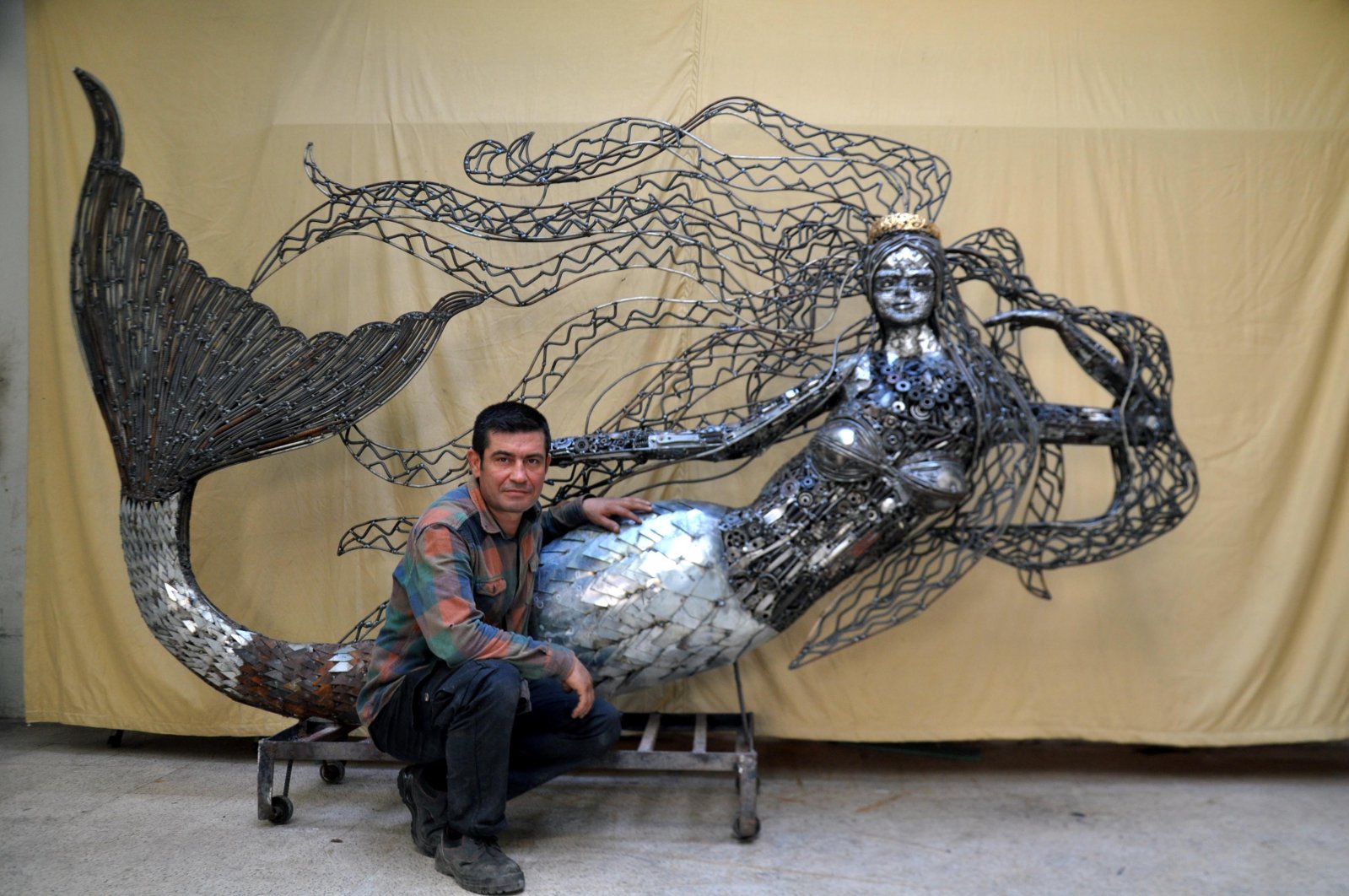 An artist in southern Turkey’s Hatay province has been turning scrap metal into enchanting sculptures, using his craft as a means to recycle and reduce waste.

Mosaic and scrap artist Mervan Altınorak, who lives in the province's Reyhanlı district, most recently created a 400-kilogram (882-pound) mermaid sculpture out of automobile and motorcycle scrap pieces.

He has previously made sculptures of people, horses, deer, a flamingo, a peacock and other small animals.

Altınorak’s aim in the project is to support the Zero Waste campaign launched by first lady Emine Erdoğan.

“I supported the Zero Waste project by making sculptures with scrap parts I've collected from various places,” he told Demirören News Agency (DHA) Monday while appealing to the public to support the campaign.

The statue, which measures 3 meters (9.8 feet) wide and 2 meters high, was requested by the Karataş Municipality in southern Adana.

The artwork will be exhibited on the beach to raise awareness about reducing, reusing and recycling to eliminate waste.

The Zero Waste campaign was initiated in 2017 and embraced nationwide in the following years. Turkey looks to phase out landfills, whose numbers have considerably decreased in recent years, and switch to a recycling model where no waste would “go wasted.” Thousands of public agencies and institutions have been integrated into the project, while members of the public have found meaningful and creative ways to contribute to reaching the national goal.