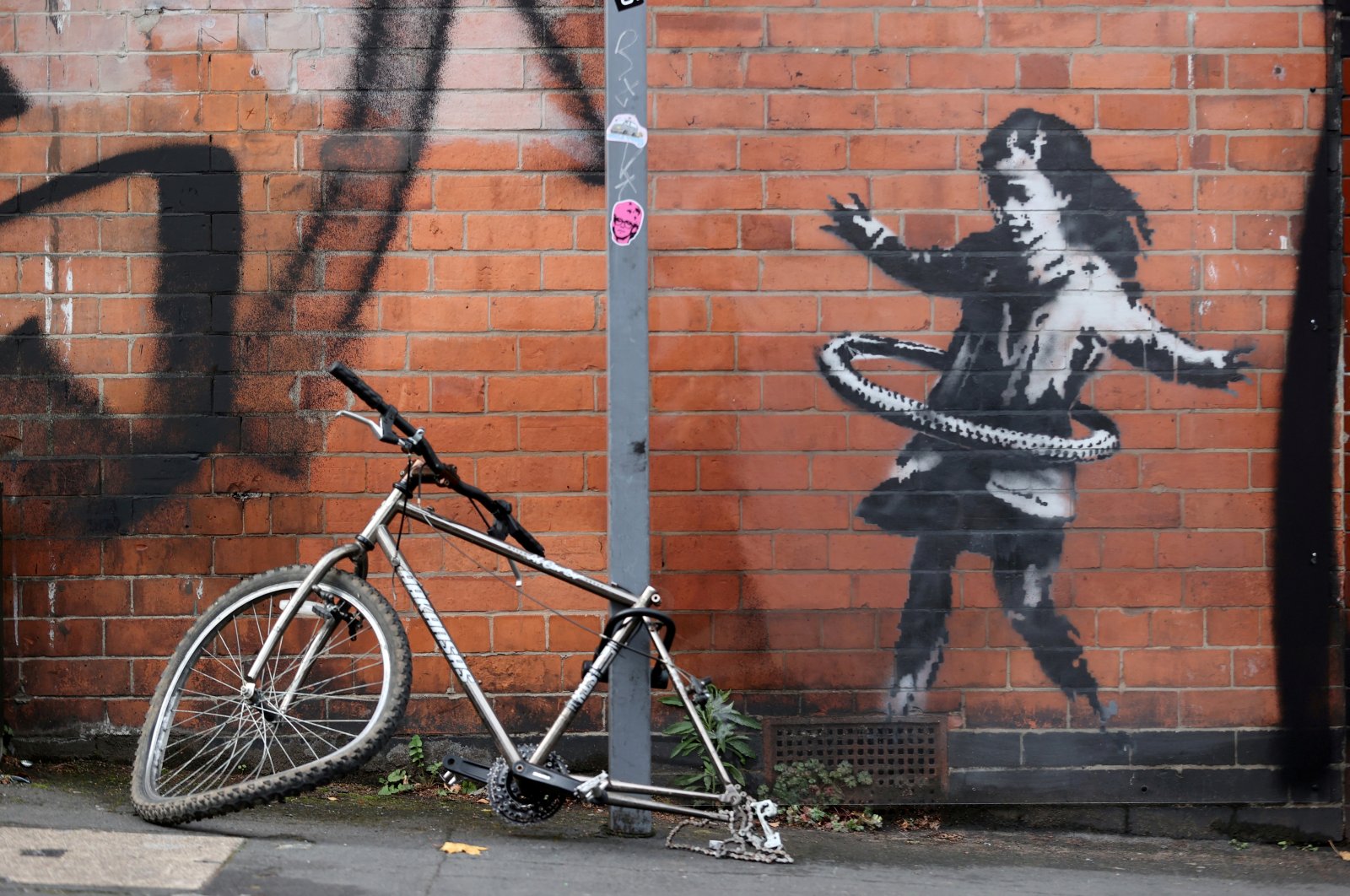 The elusive British street artist Banksy confirmed on Saturday that a new artwork that appeared on a wall in Nottingham, central England, depicting a young girl using a bicycle tire as a hula-hoop is his work.

The work appeared on Tuesday on the red brick wall of a beauty salon, next to a bicycle that was locked to a metal signpost and missing its back wheel.

A picture of the work in the student area of the city was posted on Banksy's Instagram feed and website on Saturday.

His works this year have alluded to the coronavirus crisis and Black Lives Matter movement.

In August, he funded a boat crewed by volunteers to rescue refugees in the Mediterranean attempting to reach Europe from Africa.