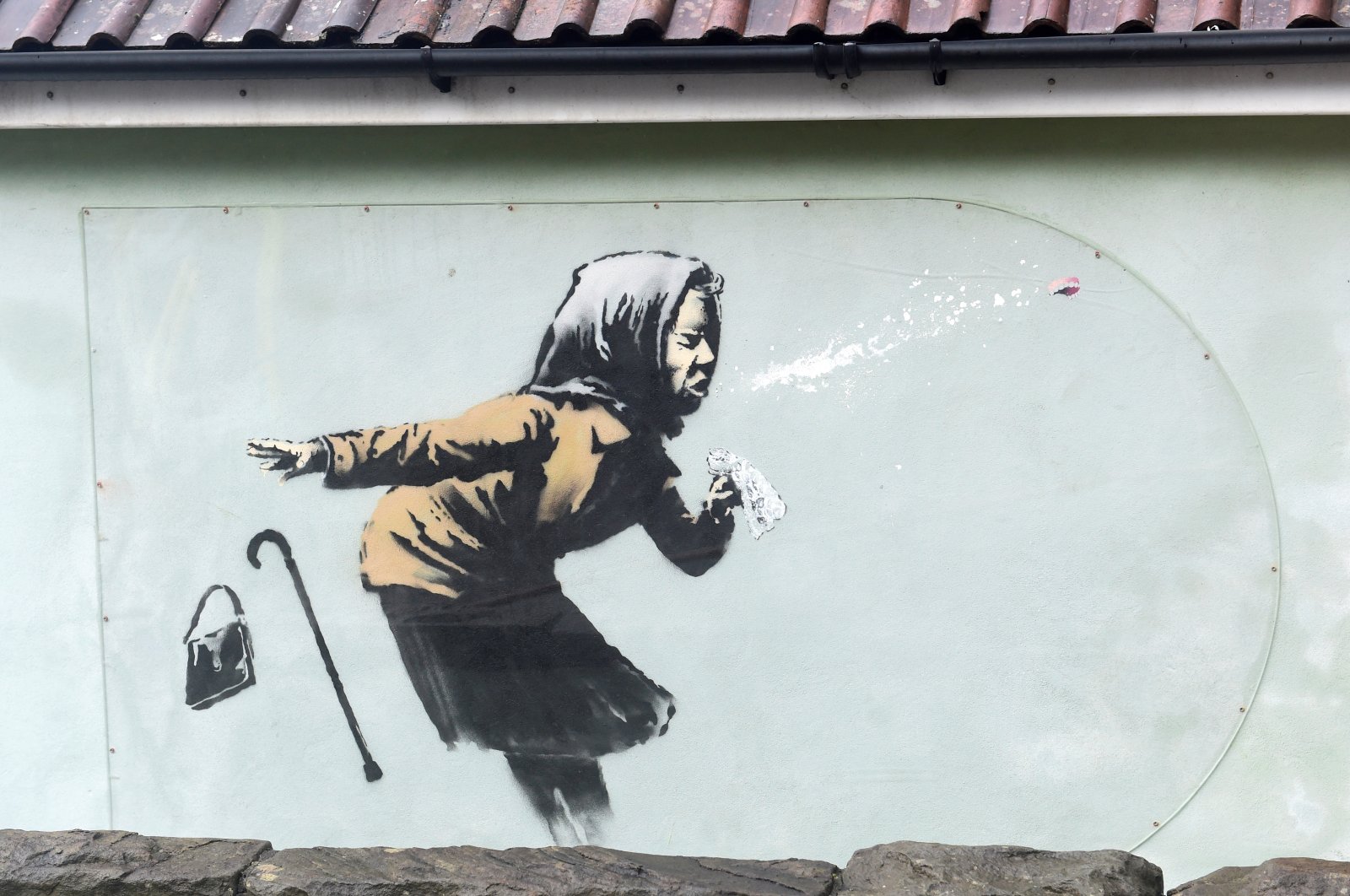 A mural depicting a sneezing woman by elusive street artist Banksy has appeared on a house on what is said to be England's steepest street in the city of Bristol, the birthplace of the renowned figure.

The mural, which shows the woman's false teeth propelled through the air and her handbag and walking stick sent flying by the violent sneeze, is on the side of a house at the junction of Vale Street and Park Street in the Totterdown area of the city in western England.

Vale Street has a gradient of 22 degrees and residents stage an egg rolling competition down the slope at Easter.

Over the years, the artist has made a name for himself with socially critical and mostly controversial images that often appear without warning. He has addressed issues like homelessness, consumerism and the coronavirus crisis in his works.