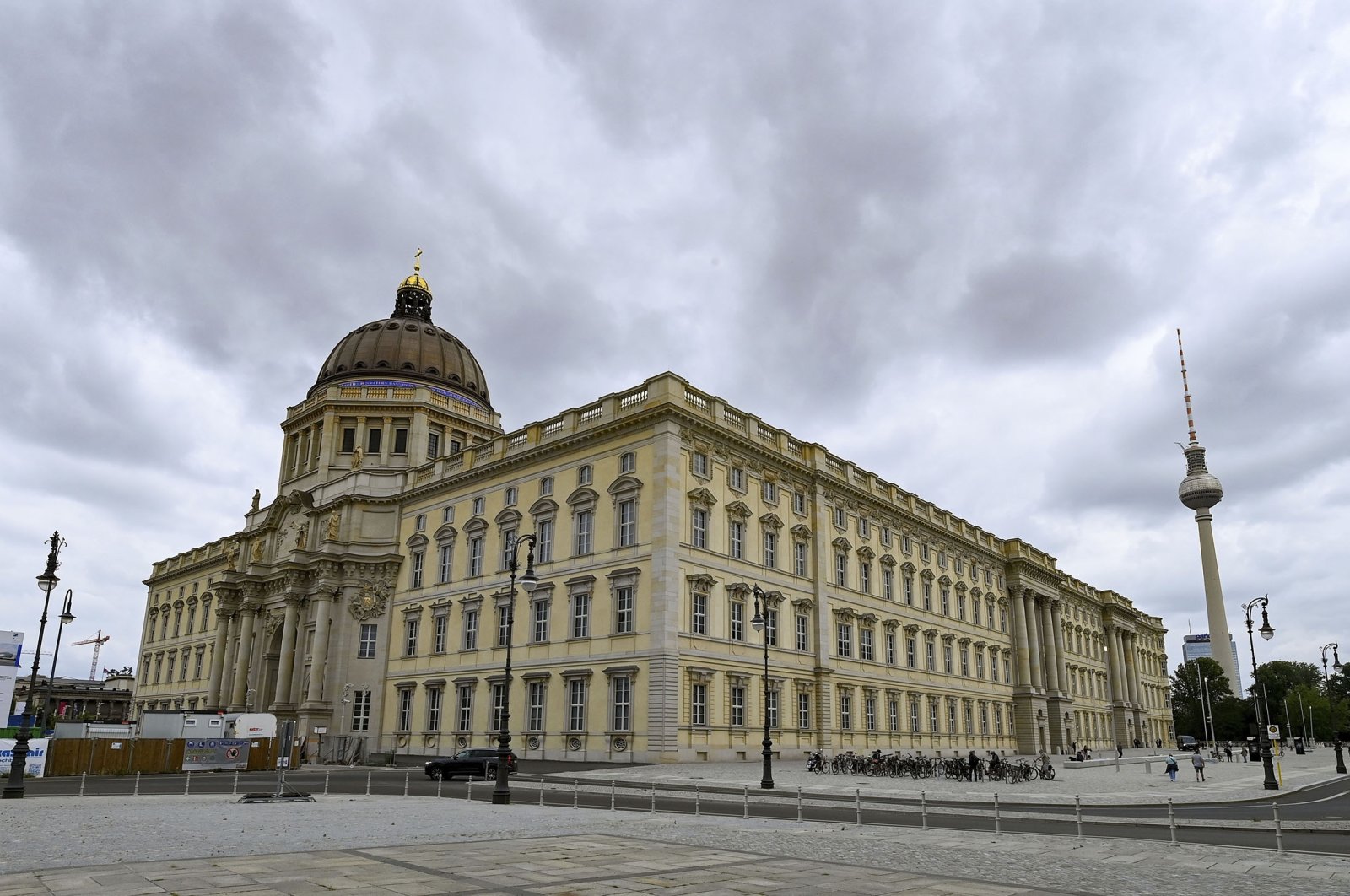 The building of the Humboldt Forum at the presentation day before the official opening in Berlin, Germany, July 19, 2021. (dpa via AP)
by Associated Press Jul 22, 2021 12:12 pm
RECOMMENDED

After several delays and a massive construction bill, the Humboldt Forum, one of Berlin's most ambitious international cultural projects bringing together collections of African, Asian and other non-European art, opened to the public on Tuesday in a partial replica of a Prussian palace which was demolished by post-World War II era East Germany.

The Humboldt Forum – located in the heart of Berlin, next to the neoclassical Museum Island complex – was designed by Italian architect Franco Stella and features three replica facades, one modern facade and a modern interior.

The project results from a 2002 vote by the German parliament to reconstruct the 18th-century palace. The original was demolished in 1950 and later replaced by East Germany's parliament building, itself now knocked down.

It will feature exhibits from two of Berlin's state museums, the Ethnological Museum and the Museum for Asian Art.

It starts out with six exhibitions, including one on Berlin's history, another on ivory, and one on brothers Alexander and Wilhelm von Humboldt, the explorer and educator whose name the forum bears.

"The exhibitions are very varied, from very different institutions," director Hartmut Dorgerloh told Deutsche Presse-Agentur (dpa). "I think that is very good because it shows the bandwidth of subjects but also the various ways in which exhibitions can be done today."

Recreating the 18th-century royal palace wasn't universally popular. Some former East Berliners had fond memories of the Palace of the Republic, the 1970s East German parliament building, which also housed restaurants and a bowling alley but was considered an eyesore by most westerners.

Berlin's museums' authority hopes to be able to show at the Humboldt Forum some of the artifacts known as the Benin Bronzes, which were looted from the royal palace of the Kingdom of Benin by a British colonial expedition in 1897. The Ethnological Museum has one of the world's largest collections of historical objects from the kingdom, and Berlin wants to discuss possible future showings in Germany in negotiations on returning artifacts to Nigeria.