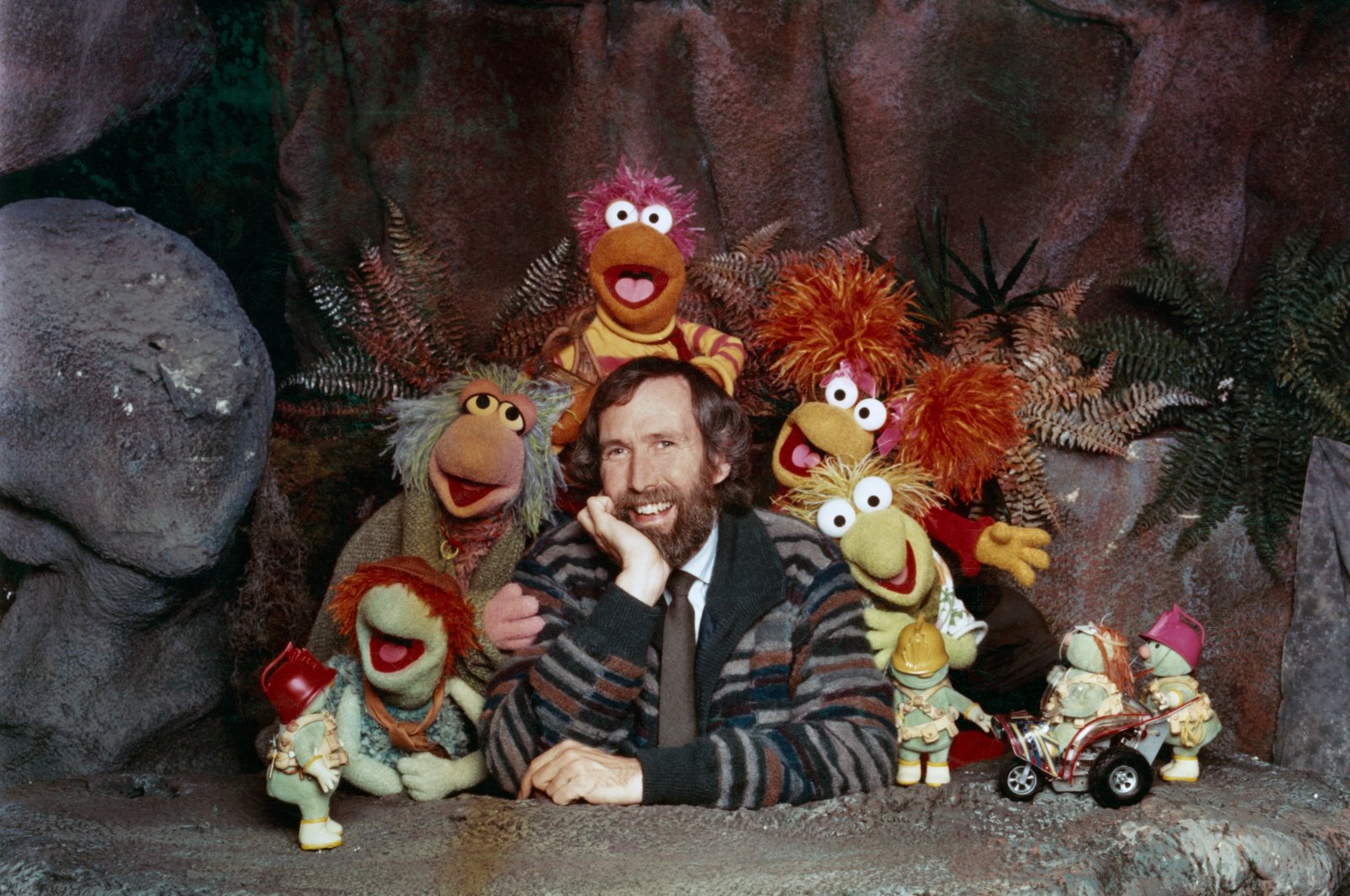 American puppeteer and filmmaker Jim Henson with some of the Muppet cast from the children's TV show "Fraggle Rock," circa 1985. (Getty Images)
by German Press Agency - DPA Sep 07, 2021 1:51 pm
RECOMMENDED

A blue plaque, a permanent sign commemorating a link between a location and a famous person, was installed in the former London home of Jim Henson, the creator of the Muppets characters.

The beloved American puppeteer, acclaimed for his work on "Sesame Street" and "Fraggle Rock" and director of “The Dark Crystal” and “Labyrinth,” lived at 50 Downshire Hill in Hampstead from 1979.

He bought his London house after “The Muppet Show” was commissioned for British television.

It was filmed at Elstree Studios and led to Henson, who died in 1990, making the United Kingdom a creative home for many of his subsequent projects, setting up a workshop and office space on the same street as his home.

Jim Henson’s Creature Shop is where the creatures from Henson’s many fantasy classics – including “The Dark Crystal,” “The Storyteller” and “Labyrinth” – were created.

His son Brian, who is chairperson of the board at The Jim Henson Company, said: “My father moved to London to make ‘The Muppet Show,’ and then chose to stay because he was so impressed by the U.K.’s many gifted artists and performers.

“It was with this amazing creative community that he produced ambitious projects including ‘The Dark Crystal,’ ‘Labyrinth,’ and so many more.

“It’s an honor to have Jim Henson’s British home recognized with a blue plaque, knowing that he so admired and respected the talent in London, and that this is the place he called home when creating some of his most memorable productions.”

Rebecca Preston, blue plaques historian at English Heritage, added: “Best remembered as the man behind beloved characters on ‘The Muppet Show’ and ‘Sesame Street,’ Henson produced and directed a wide range of television programs and films, with many of his most successful filmed in the U.K.

“A talented puppeteer, he was also skilled in storytelling and had an innate ability to spot and nurture talent. His creations continue to influence popular culture globally. The immense body of work that he created and awards that he won are even more impressive considering his untimely death.”

Henson died from septic shock in New York in May 1990. In July of that year, his life was celebrated with a colorful service at St. Pauls’ Cathedral for Henson’s British friends and colleagues.