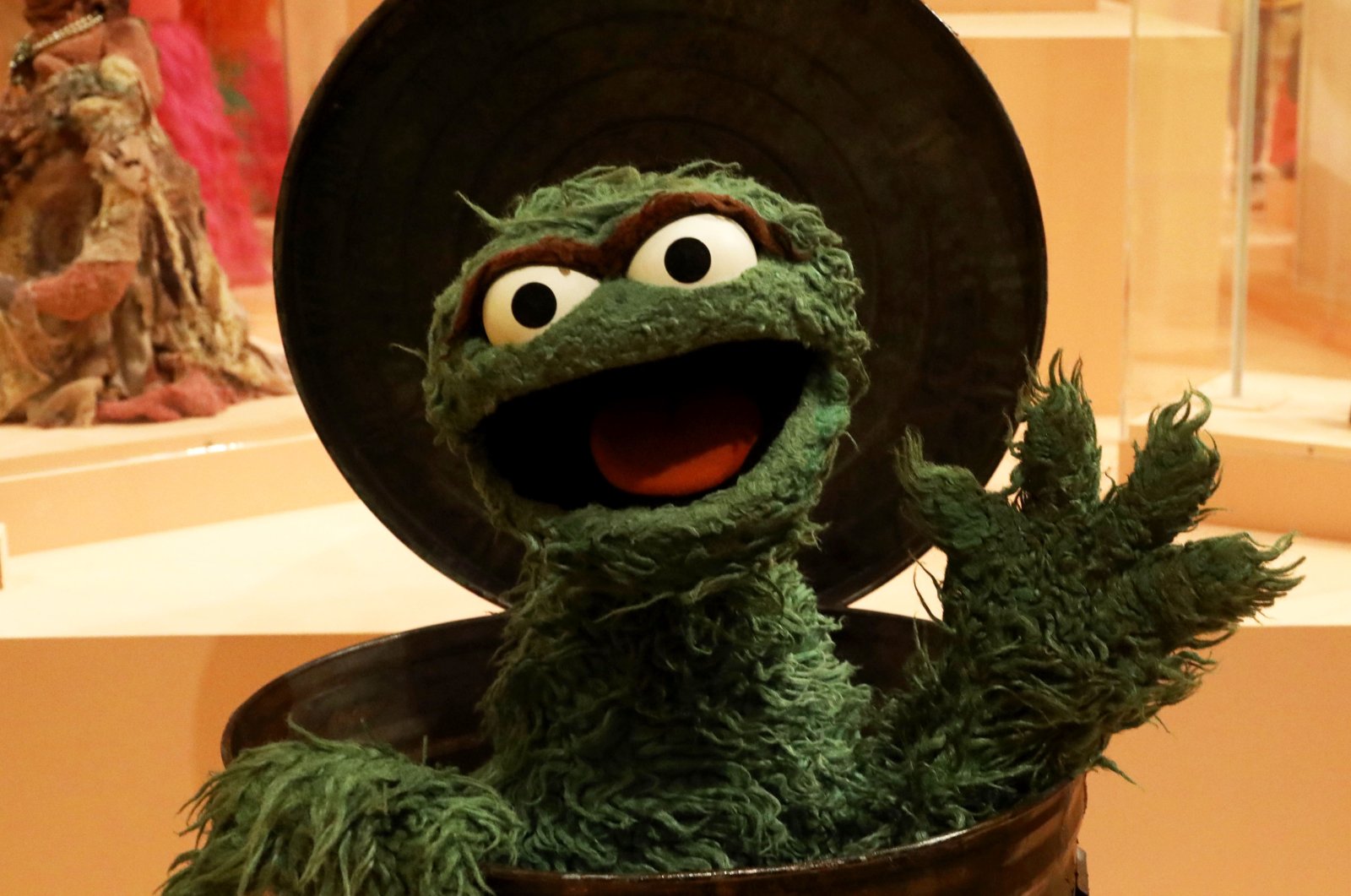 No puppet exhibition would be complete without Oscar the Grouch: The Jim Henson puppet created for Sesame Street is among those at the Puppets of New York show at The Museum of City of New York, New York, U.S. (DPA Photo)
by German Press Agency - DPA Aug 20, 2021 9:48 am
RECOMMENDED

New York has long been known for its legendary history of creating world-renowned puppets, including the ones created for “Sesame Street.” These friendly faces of puppets are the subject of a new exhibition of the most populous city of the United States.

The Museum of the City of New York is paying tribute to characters like Oscar the Grouch from cult children's TV show Sesame Street, the puppets from the Spike Jonze film "Being John Malkovich" and animals of "The Lion King" on Broadway, among many others.

"New York City is a global capital of puppetry, where diverse communities and traditions intersect and collaborate, and where new innovations to the art form are born," museum director Whitney Donhauser said.

The show, which opened in August with a puppet celebrity red carpet, discusses the "influence of the city on this whimsical and adventurous art form," according to the director of the museum by Central Park in Manhattan. In addition to the puppets and dolls themselves, the exhibition showcases various videos, photos and other documents related to the city's puppet history, while also exploring the medium's deeply sociopolitical dimensions.

"Immigrants from around the globe turned New York into a mosaic of puppetry traditions that both mirror their places of origin and blend with one another."

The "Puppets of New York" show runs until April 3, 2022 and tickets for time slots on Friday to Monday can be purchased in advance online.