'By and for women': Vienna creates suburb for female architects 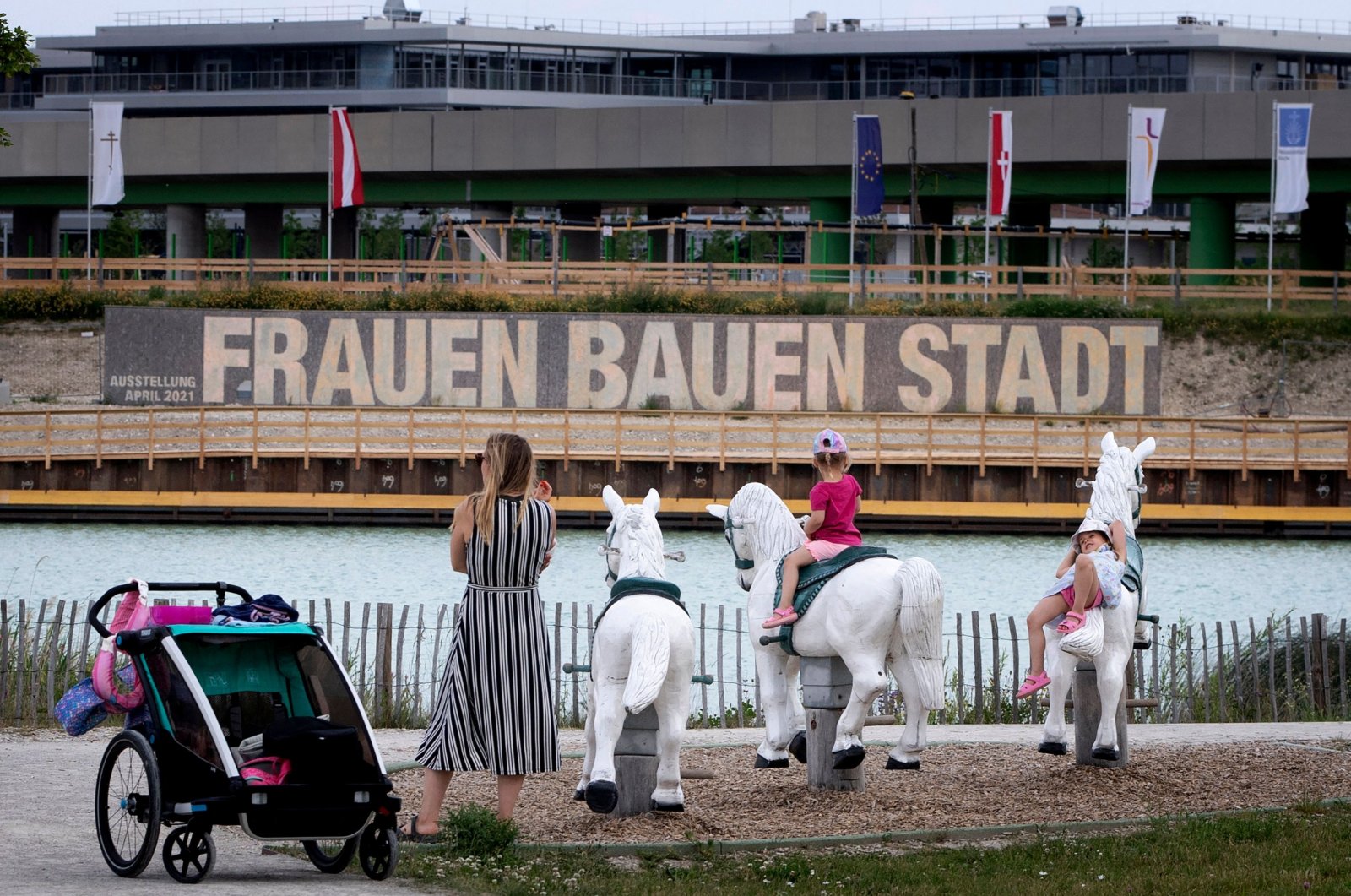 Equality between genders is a growing issue around the world and a visionary project in Vienna aims to address this issue in the field of designers and architects where historically women have often been the minority, with a special suburb in the Austrian capital that is designed by and for women.

It exemplifies how the city is trying to make urban space more inclusive, from brighter lights to broader pavements that make room for pushchairs, and how female architects and designers are driving the change.

The new Seestadt district has been in the throes of development since 2012, a sprawling building site on the city's eastern edge that is projected to expand from its 8,300 population now to 20,000 by 2030.

Giant letters on hoardings around some of the construction sites proclaim "Women build the city."

By turning the focus on the role of women in urban design, Vienna is helping to highlight the still dominant role men play in shaping the built environment.

The developers and bankers who often make the crucial decisions when it comes to urban development are still overwhelmingly male, says Sabina Riss, an architect and university researcher who studies the relationship between gender and urban planning.

She estimates that in most countries "the percentage of women in the decision-making process at between five and 10% at most."

As well as being heavily involved in the design of the new buildings in Seestadt, women also take center stage when it comes to naming the new streets.

The philosopher Hannah Arendt, singer Janis Joplin and children's book heroine Pippi Longstocking are just a few of the names to grace the new addresses.

The district is also hosting a new exhibition showcasing female architects that runs until Oct. 15.

According to architect Carla Lo, who herself has contributed designs for one of Seestadt's interior courtyards, Vienna's planning policies have been refreshed since Kathrin Gaal in 2018 became the first woman to head the city's powerful housing department, overseeing an annual budget of more than a billion euros ($1.2 billion).

"Since she has been there, suddenly the particular needs of single mothers are considered when tenders go out for projects," Lo says.

Having given her input to the development of Seestadt, Gaal says she wants the exhibition there to encourage other women "to make their visions reality."

The desire to cater to women's needs can be seen in many facets of Vienna's modern city planning, from the brighter street lights and more exits at sports venues to help women feel safer, to the provision of better toilet facilities.

In residential design too, there are such innovations as common rooms shared between several flats to keep prices low and encourage families to collaborate for child care.

At the exhibition, visitors can learn about the often overlooked achievements of 18 female architects, artists and urban planners from across the world.

"92% of streets in Vienna are named after men," he says, adding: "This doesn't reflect history or the present.

"That's why almost all locations here are named after women, from the worlds of art, politics, economy and architecture," he says.

As in many other fields, women have long been active in shaping urban spaces but have rarely been accorded the credit or fame that male counterparts enjoy.

As long ago as 1912, a project for a garden city won an international competition for the design of the new Australian capital Canberra.

While it was American architect Marion Mahony Griffin's renderings that impressed the jury, most of the credit went to her husband.

"We have here an example of (Chinese architect) Lu Wenyu, her husband won the Pritzker Prize, even though they always built projects together, and that was in 2012."

The first woman to break the Pritzker's glass ceiling after 25 years of male prizewinners, was Anglo-Iraqi architect Zaha Hadid in 2004, for the Contemporary Arts Center in Cincinnati, Ohio.

Some of the work highlighted in the exhibition is in many countries where urban populations are continuing to swell as a result of migration from the countryside.

In Tehran, a 270 meters (890 feet) long pedestrian walkway created by Leila Araghian was used by four million of the city's inhabitants the year after it opened in 2014 and has since won several prizes.

Lo says that in Seestadt and further afield "we need the viewpoints of all who make up society."