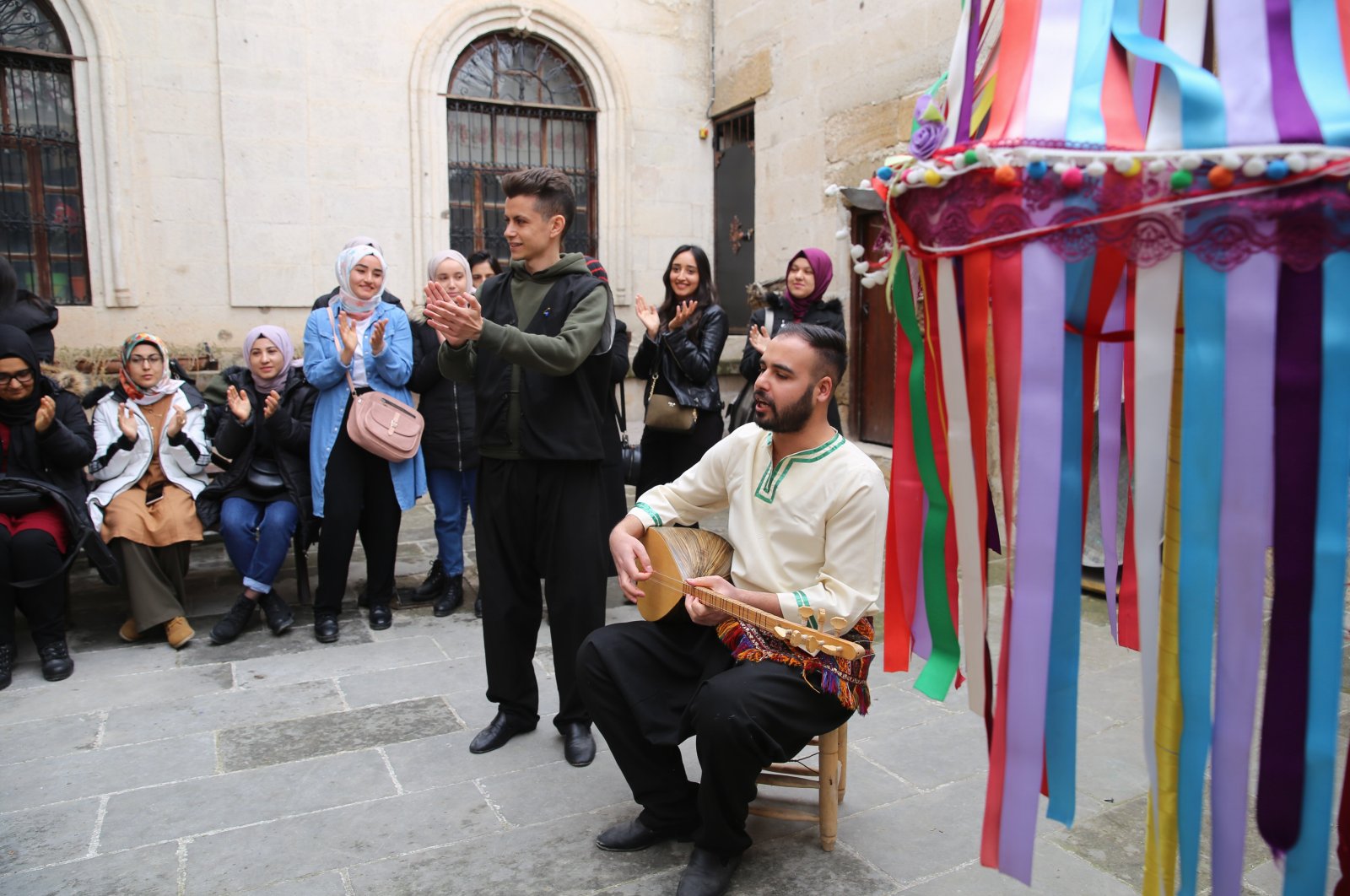 In Cappadocia, one of Turkey's major tourist destinations, examples of the region's culture and traditions are practically displayed by the staff at the new Cappadocia Living Heritage Museum, opened in eight months ago in the Avanos district of Nevşehir province in central Turkey.

The museum was created by Nevşehir Hacı Bektaş Veli University (NEVÜ) in the historical Hacı Nuri Bey Mansion in Avanos as part of the Intangible Cultural Heritage of Humanity Convention adopted by United Nations Educational, Scientific and Cultural Organization (UNESCO) in 2003. Since its inception in June 2019, the museum has continued to attract the attention of domestic and foreign tourists.

The three-story mansion, which was built in the early 1900s and used as a residence until 50 years ago, has 16 rooms where the traditions of bridal rooms, story halls, Hacivat-Karagöz plays, meddahlık (eulogy shows in Ottoman culture and entertainment life), aşıklık (call-and-response duets), Sema performances and various arts-traditions are introduced in practice to visitors.

Students at NEVÜ Faculty of Science and Letters Department of Turkish Folklore keep alive the theoretical knowledge they have received at the undergraduate level in the museum and introduce the culture, art, and traditions of the region to tourists as well as ensuring the transfer of the cultural richness, which has been sinking into oblivion, to future generations.

Associate professor Adem Öger, the head of the Department of Turkish Folklore at NEVÜ, told Anadolu Agency (AA) that students work in shifts at the museum, which is open every day of the week, creating a bridge from the past to the future. Öger emphasized that the museum is important in terms of reflecting the natural beauty of Cappadocia as well as its cultural richness, saying: “What separates our museum from other museums in the region is that it is interactive. There is a mutual exchange of information and an application based on watching during people's visits to the museum. The founding philosophy of our museum is to hand down the culture of our region to young people and students and also to reflect the beauties of Turkish culture to foreign tourists coming to the region. Here, visitors from formal educational institutions see traditional rituals that are in the curriculum of the Ministry of Education but cannot be seen in practice except in this museum. The second important thing is that tourists have the opportunity to see major fields of arts in the region, such as Sema performances and marbling practically in this museum.”

Öger added that the museum has a dynamic structure and that various traditions identified in field surveys have also been revived in the new sections created.

Beyza Ören, one of the students in charge at the museum, said she has reinforced the knowledge she learned in school through experience in the museum. She noted that reflecting traditions with live performance offers visitors a unique experience, continuing: “This museum is a bridge from the past to the future. We portray different cultures in different rooms. Turkish Folklore enables us to carry our cultural heritage to future generations. I think everyone needs to know about our cultural background, because we have a good command of our own culture.”

Ümit Bektaş, a visitor from Adana province, said he was excited about visiting the museum, where folk culture is portrayed in practice.

Emphasizing that the spread of such museums across the country would be beneficial, Bektaş said the younger generation can learn more about the history of the region through these museums.