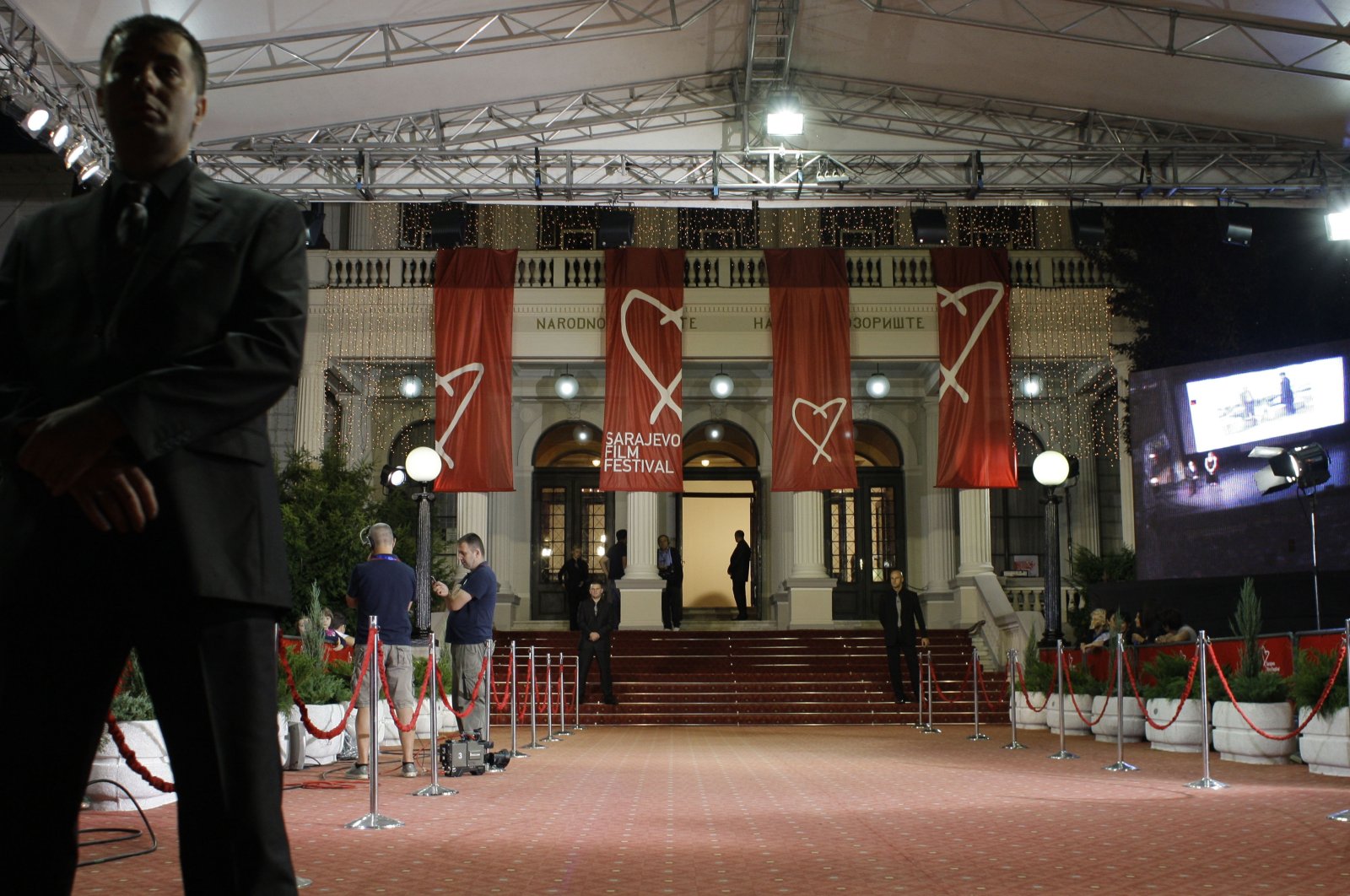 A security guard secures the entrance to the Bosnian National Theatre during the opening ceremony of the 17th Sarajevo Film Festval in Bosnian capital Sarajevo, July 22, 2011. (AP PHOTO)
by German Press Agency - DPA Aug 07, 2020 11:44 am
Edited By Irem Yaşar

The 2020 Sarajevo Film Festival will be held online because of the coronavirus pandemic in Bosnia-Herzegovina, the organizers said on Wednesday. The decision was made on the recommendation of the local health authorities, they said.

Bosnia-Herzegovina, with around 3.3 million inhabitants, regularly reports a high number of new COVID-19 cases: On Wednesday, it was 277 in the previous 24 hours, with six deaths.

The Aug. 14-21 festival is now to be held entirely online, without any events on the ground. It is due to be available on the internet via the site ondemand.sff.ba, where visitors should also be able to take part in online events on the margins of the main features, such as interviews with the authors and presentations.

At the 26th annual festival, a total of 49 films are competing for the Heart of Sarajevo awards in four categories: feature, documentary, short and student film. The Sarajevo festival, the largest in the region, was launched in 1995 while the Bosnian capital was still under siege by Serb forces. The city was relentlessly shelled and came under constant sniper fire for 40 months in 1992-95.