5 new films at theaters this week 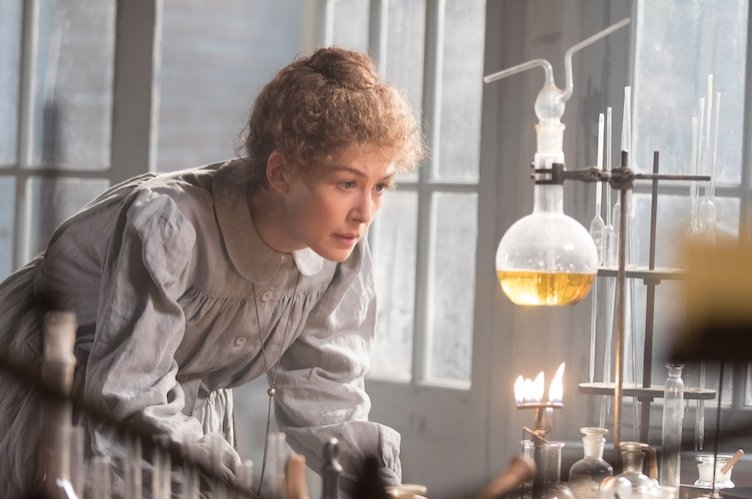 Rosamund Pike stars in the role of Marie Curie in "Radioactive."
by Anadolu Agency Sep 18, 2020 11:01 am
RECOMMENDED

Five features, one Turkish and four international, will go on screen at movie theaters across Turkey this week.

Directed by Marjane Satrapi and starring Rosamund Pike, Anya Taylor-Joy, Jonathan Aris, Sam Riley and Aneurin Barnard, “Radioactive” follows the tale of Marie Curie, one of the most prominent inventors of the 20th century and the first woman to win a Nobel Prize. The feature shows Curie’s struggle to gain the prominence herself and her husband Pierre Curie deserved in the scientific community at the time.

Directed by Terry Spears, "Agent Jade Black" tells the story of agent Jade Black, who is assigned to eliminate an ex-agent who is on the run to carry out his plans. The film stars Katie Burgess, Connie Franklin, Sidney Flack and Luke Wyckoff.

The second film adaptation of American author Anna Todd's bestselling novel series, the production focuses on the relationship and pitfalls of a young, passionate couple.

"Scoob!," an adaptation of the classic Hanna-Barbera animated series Scooby-Doo, tells how the amity between Shaggy and Scooby-Doo began and how they got together with other members of the Mystery Incorporated team. Directed by Tony Cervone, the film is poised to appeal to all animation enthusiasts.