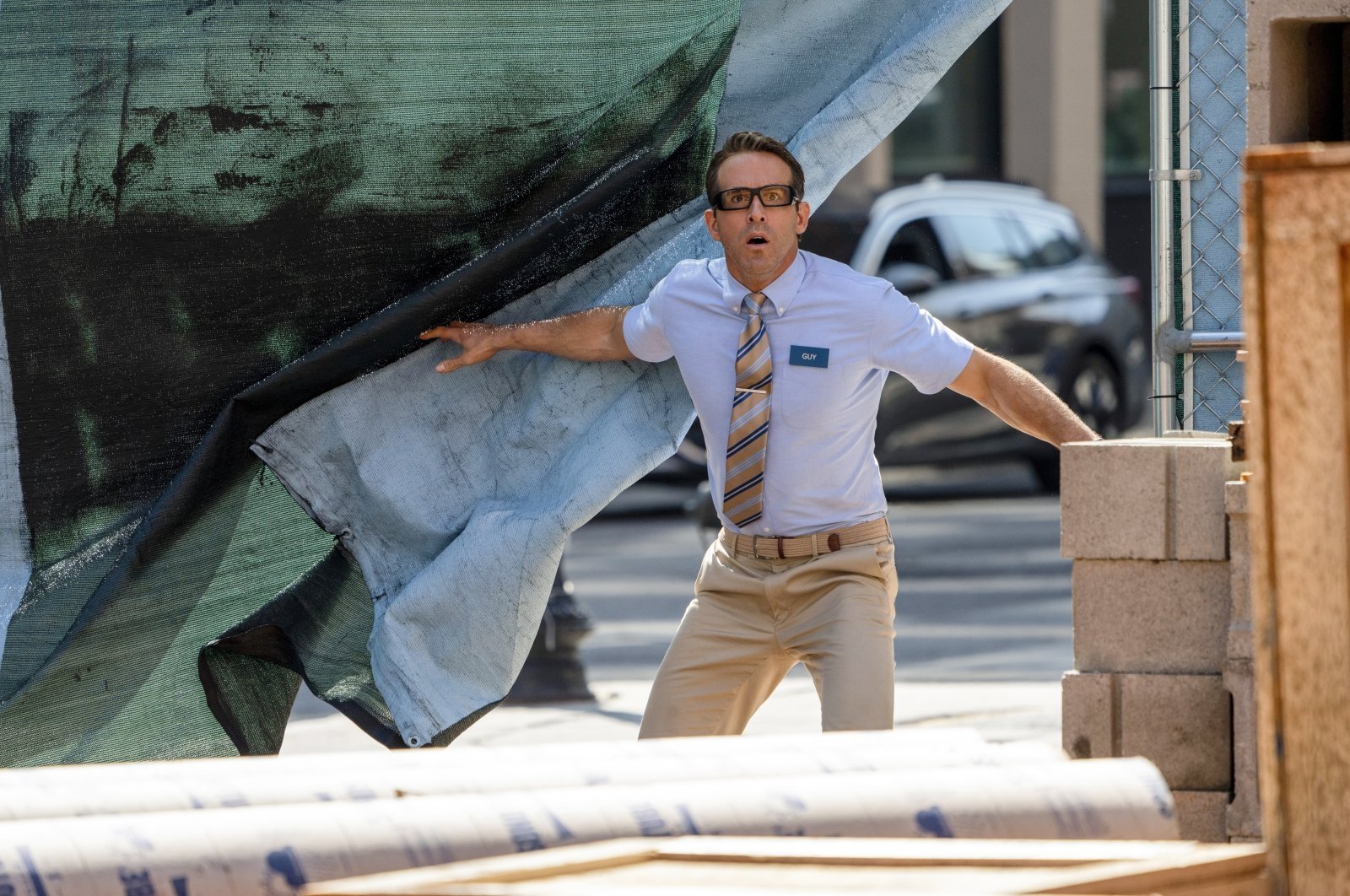 Eight films, three of which are Turkish, hit the big screen in movie theaters in Turkey this week.

Directed by M. Night Shyamalan, “Old” is the first movie that meets cinephiles this week. The production was adapted to the screen by Shyamalan from the comic book "Sandcastle," written by Pierre Oscar Levy and Frederik Peeters.

The movie is about a family who, while on a tropical vacation, realizes that, after a few hours, the secluded beach they are visiting causes them to age rapidly and reduces their entire life to one day.

Directed by Shawn Levy, the film tells the extraordinary story of a bank teller who discovers that he is one of the background characters in the game Free City.

The movie "Ölü Ekmeği" (“Food for a Funeral”), which will be released after the festival journey, is about the story of a little boy who dreams of becoming an expert in traditional music.

‘The Man Who Sold His Skin’

Written and directed by Kaouther Ben Hania, "The Man Who Sells His Skin" deals with the life of a Syrian man named Sam Ali, who escapes from the civil war and tries to establish a new life for himself.

In the drama, Ali's character is portrayed as sensitive and impulsive. He flees the civil war and goes to Lebanon. Wanting to travel to Europe and live with the love of his life, Ali agrees to get a contemporary artist tattooed on his back in exchange for a hefty sum. Having turned his body into a prestigious work of art, Ali soon discovers that his decision hinders his freedom.

The only animated movie of the week, "Croods 2: A New Age" presents the story of the Croods, who start living with a family that is better than them on the evolutionary ladder.

Directed by Joel Crawford and written by Dan Hageman and Kevin Hageman, the film is the delightful adventure of a family living in prehistoric times.

"Gerçek Cinler" (“Real Jinns”) tells the story of a young man named Ceyhun, who goes to a village where terrible events took place for his thesis and experiences unexpected situations. In the production directed by Onur Aldoğan, Ceyhun Sevilmis, Rıfat Kanpara, Kuzey Demir and Okan Aksu appear as the lead characters.

"Long Story Short,” which tells the story of a young man who wakes up to a shocking situation the day after he gets married, aims to attract romantic comedy enthusiasts to movie theaters. The production, written and directed by Josh Lawson, stars Rafe Spall, Josh Lawson, Ronny Chieng, Noni Hazlehurst and Dena Kaplan.