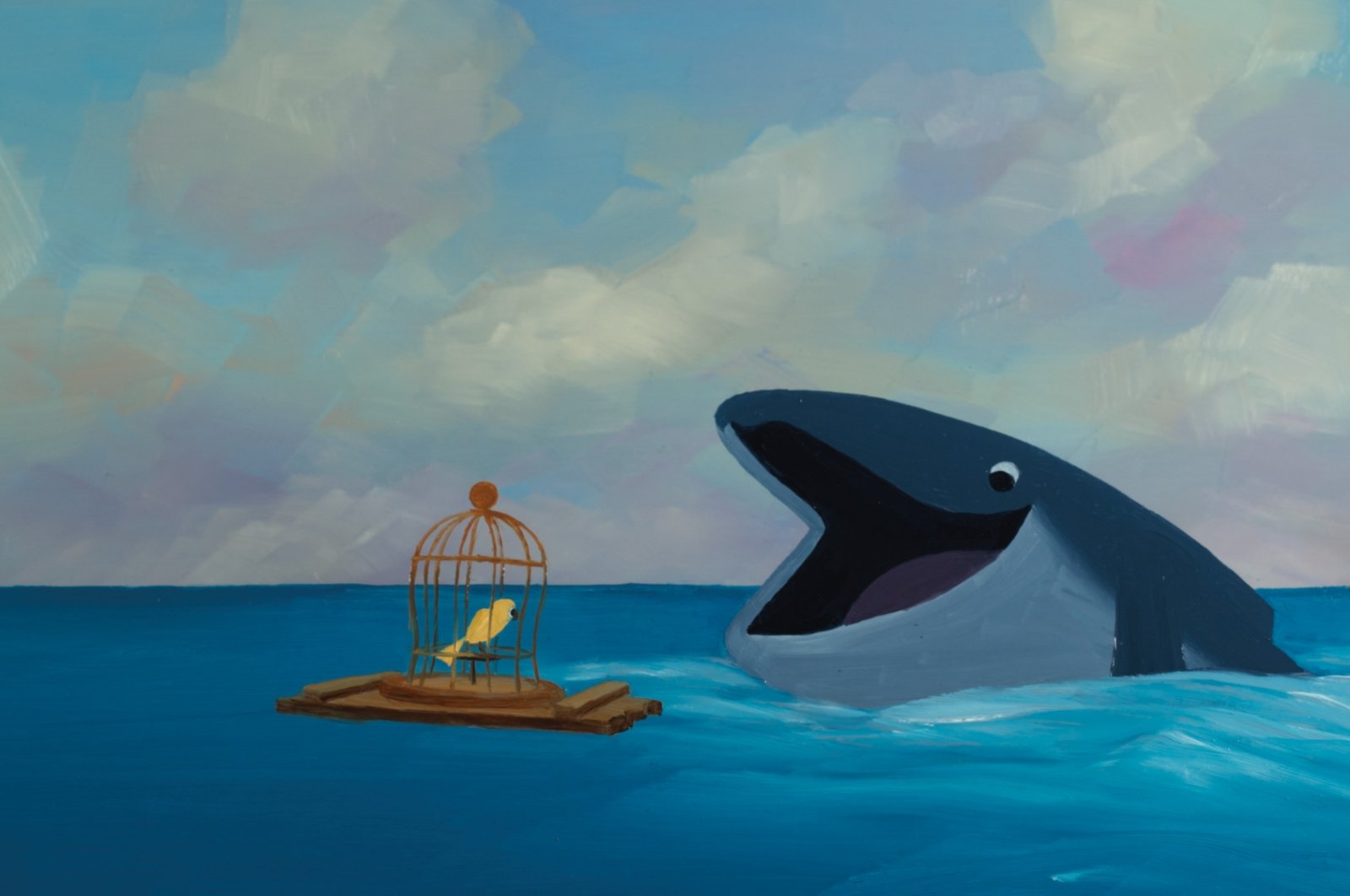 Still shot from “The Bird and the Whale” by Carol Freeman, one of the movies to be screen at the “For Children” selection of the festival.
by DAILY SABAH Aug 26, 2020 12:20 pm
Edited By Irem Yaşar
RECOMMENDED

The Accessible Film Festival is preparing to meet moviegoers online all over Turkey in its eighth year due to the coronavirus pandemic. Taking place between Oct. 12 and 18 this year, the festival will also explore the effects of the pandemic on our lives under the theme “Seeking the Normal.” The changes that have emerged in our daily lives due to COVID-19, our habits that have lost their meaning while trying to get used to this period and the emerging problems of the "old" that we regard as "normal" have pushed the festival to prepare a program around this issue.

“What was ‘normal’ in the ‘old’ world? What did ‘normal’ mean in relation to the body, the self, the cities, the places that we live in and the animals that live together? Where will these relationships evolve in the new post-pandemic world? Will we be able to start knitting a different life with different sensibility or go back to the ‘former normals'?” The festival invites everyone to search for answers to these questions along with six titles featured in its “Old Normal” selection.

Other program titles of the festival are the “Barrier-Free Competition,” which features the best examples of Turkish cinema in the recent period, “From the World,” which features award-winning films from international cinema, “For Children,” which consists of animated films and aims to inspire a new generation of filmmakers, and “Cut A Long Story Short,” which is compiled from the qualified short films of Turkish cinema.

All events free of charge

The Accessible Film Festival will present nearly 50 films from Turkish and the world cinema to the audience as usual. These films and interviews of film crews will be accessible to the hearing impaired via detailed subtitles and to the visually impaired with audio depiction. Detailed information about the Accessible Film Festival is available on the website of the festival, and announcements can be followed on the festival's Facebook, Instagram and Twitter accounts.

6 animated films for children at festival

In addition to the option of the original sound, the films will also be accessible with audio depiction for the visually impaired and detailed subtitles for the hearing impaired.

This year, the selection of “For Children” will feature “Cat Lake City” by Antje Heyn, “Tadpole” by Jean-Claude Rozec, “The Bird and the Whale” by Carol Freeman, “The Little Bird and the Bees” by Lena von Döhren, “Coucouleurs” (“Color Birds”) by Oana Lacroix and “Woolword” by Joanna Polak.

“The Animation Workshop,” which brings together future moviegoers with the art of animation, will also be held online. In the workshop to be organized by animation artist Işık Dikmen, participants will express themselves through the art of animation with the characters and stories they have created, revealing their dream worlds.