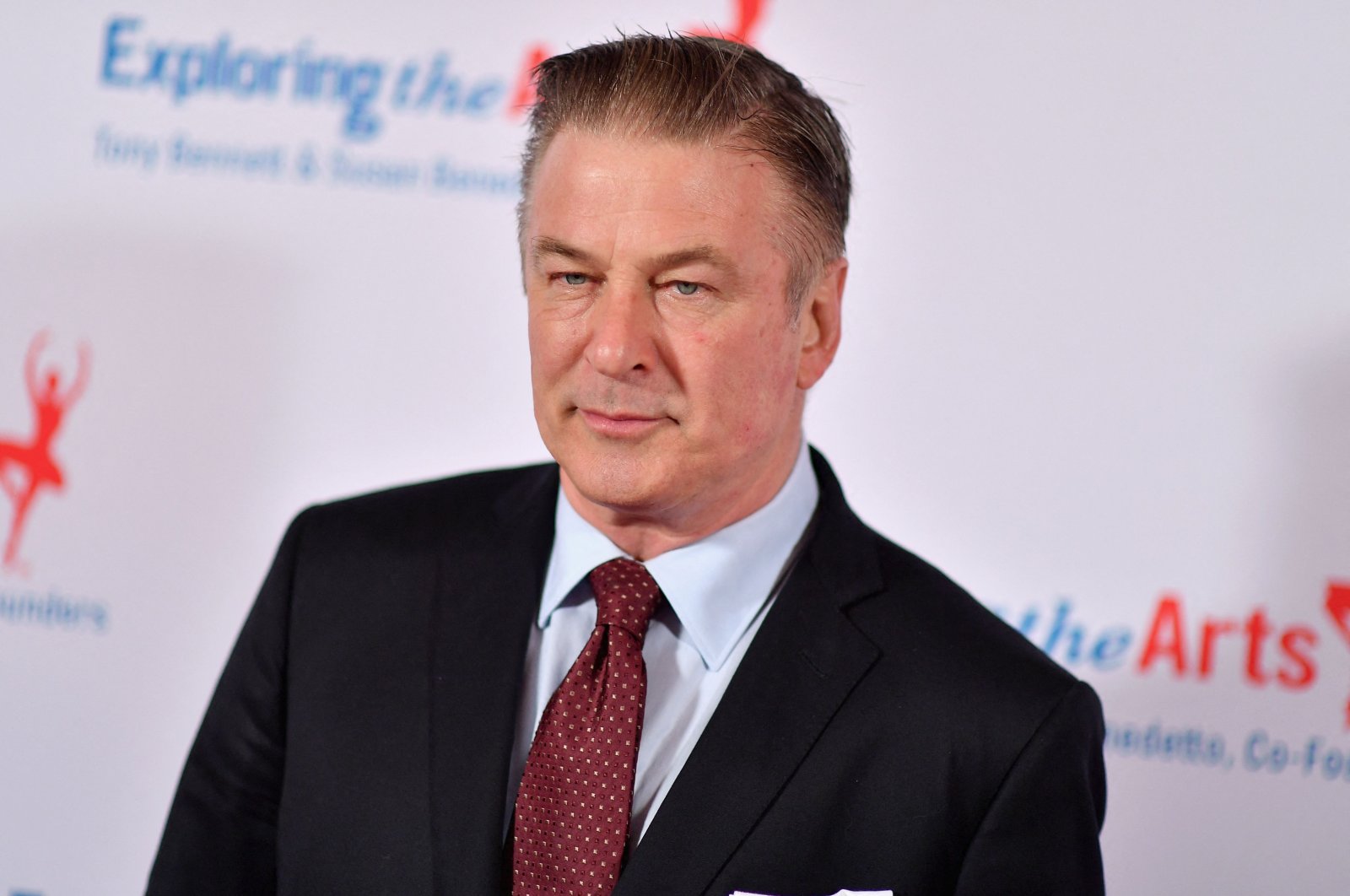 Hollywood actor Alec Baldwin fatally shot a cinematographer and wounded a director when he discharged a prop gun on a movie set in New Mexico on Thursday, authorities said.

Baldwin shot Halyna Hutchins, the photography director of "Rust," and Joel Souza, the film's director, at the Bonanza Creek Ranch, a production location south of Santa Fe, according to the Santa Fe Sheriff's Office. Hutchins was transported by helicopter to the University of New Mexico Hospital, where she was pronounced dead.

Souza was taken by ambulance to Christus St. Vincent Regional Medical Center to undergo treatment for his injuries. The severity of his injuries could not immediately be determined. Actress Frances Fisher said on Twitter that "Souza texted me that he's out of hospital."

Asked whether Souza had been discharged, medical center spokesperson Arturo Delgado said he was not allowed to release information about patients. The sheriff's office said that no charges have been filed and they are investigating the shooting and interviewing witnesses.

"The investigation remains open and active," the sheriff's office said in a statement.

Earlier on Thursday, People magazine reported that a spokesperson for Baldwin had said there was an "accident" involving the "misfire of a prop gun with blanks." Baldwin was seen "distraught and in tears" as he spoke on the phone outside the sheriff's office headquarters on Thursday, the Santa Fe New Mexican wrote.

Baldwin, 63, is a co-producer of "Rust," a Western movie set in 1880s Kansas, and plays the eponymous character who is an outlaw grandfather of a 13-year-old boy convicted of an accidental killing. Production of the film had been halted for an "undetermined period," several news outlets quoted the film's production company, Rust Movie Productions LLC, as saying.

An email to an address for the film production, which was listed on a New Mexico government statement, went unanswered. The shooting evoked memories of an on-set accident in 1993 when U.S. actor Brandon Lee, son of Bruce Lee, died aged 28 after being fatally wounded by a prop gun filming "The Crow."

"Our hearts go out to the family of Halyna Hutchins and to Joel Souza and all involved in the incident on 'Rust.' No one should ever be killed by a gun on a film set. Period," read a tweet from Lee's account, which is handled by his sister.

Earlier on Thursday, Baldwin posted a picture of himself on Instagram sporting a gray beard and dressed in Western cowboy-style attire in front of trailers. He appeared to have a fake bloodstain on his shirt and jacket.

"Back to in person at the office. Blimey... it's exhausting," he wrote. The post was deleted late on Thursday night. Known for his impersonations of former U.S. President Donald Trump on NBC's comedy sketch show "Saturday Night Live," Baldwin has a long history in film and television, including roles in "Glengarry Glen Ross" and "30 Rock."

Baldwin was charged in 2018 after a fight over a New York parking spot. He pleaded guilty to second-degree harassment and agreed to participate in an anger management program. In 2014, he was given a summons for disorderly conduct after an argument with police who stopped him from riding his bike down a one-way street in New York.

And in 2011, he was thrown off a plane for refusing to stop playing the game "Words with Friends" before takeoff. Hutchins, 42, who was originally from Ukraine and grew up on a Soviet military base in the Arctic Circle, once worked as an investigative reporter in Europe, according to her website.

She graduated from the American Film Institute in 2015 and was selected as one of American Cinematographer's Rising Stars of 2019, according to her website biography. She described herself as a "restless dreamer" and an "adrenaline junkie" on her Instagram page. Her last post, two days ago, shows her grinning under a wide-brimmed hat as she rides a horse.

"One of the perks of shooting a western is you get to ride horses on your day off," she captioned the video. April Wright, a writer, director and producer, paid tribute to her on Facebook. "I'm in disbelief," wrote Wright. "So young, vibrant, and talented. Such a wonderful soul. My heart goes out to her son and family."

Representatives for Hutchins did not immediately respond to a request for information about her death. Souza, 48, lives in the San Francisco Bay Area with his wife and two children, according to the IMDB website. His LinkedIn page credits him as the "writer/director" of action film "Crown Vic" and comedy "Christmas Trade."

"This is still an active investigation and we do not yet have all the facts," said SAG-AFTRA, which describes itself as the world's biggest labor union representing performers and broadcasters. "We will continue to work with production, the other unions, and the authorities to investigate this incident and to understand how to prevent such a thing from happening again."

Gun-related deaths go back to the dawn of cinema with extra Charles Chandler shot in the head in 1915 while filming the Cecil B. DeMille movie "The Captive." He died after a bullet was left in a rifle after soldiers shot at a door with live ammunition to give the scene more realism.

Actor Vic Morrow was decapitated and two Vietnamese-born child extras killed in 1982 when a helicopter crashed on them after being hit by pyrotechnics during the shooting of a night battle scene for the sci-fi horror movie "Twilight Zone: The Movie" near Los Angeles. Director John Landis was later acquitted of the manslaughter of the 53-year-old star as well as the children, aged 6 and 7, in the first such case in Hollywood history.

U.S. actor Brandon Lee, a martial arts legend and the son of Bruce Lee, was shot and killed on the set of "The Crow" in 1993 in a case that set off a whirl of conspiracy theories about him being murdered by Hong Kong gangsters. But investigators found his death was caused by negligence. An actor fired at Lee with a gun that was supposed to contain blanks, however, there was a bullet in the chamber and Lee died hours later from his injuries.

Rumors of the Batman franchise being cursed circulated after the 2007 death of stuntperson Conway Wickliffe during a car scene for the "The Dark Knight" was followed by the drug overdose of Heath Ledger, 28, who played the Joker. Co-star Morgan Freeman was badly injured in a car crash and Batman himself Christian Bale faced accusations of assaulting his mother and sister the day before the film's U.K. premiere.

A set dresser was killed on the Samuel L. Jackson sci-fi movie in 2008 when frozen sand, earth and ice from an exterior set collapsed onto staff below during shooting in Toronto. David Ritchie, 56, died instantly.