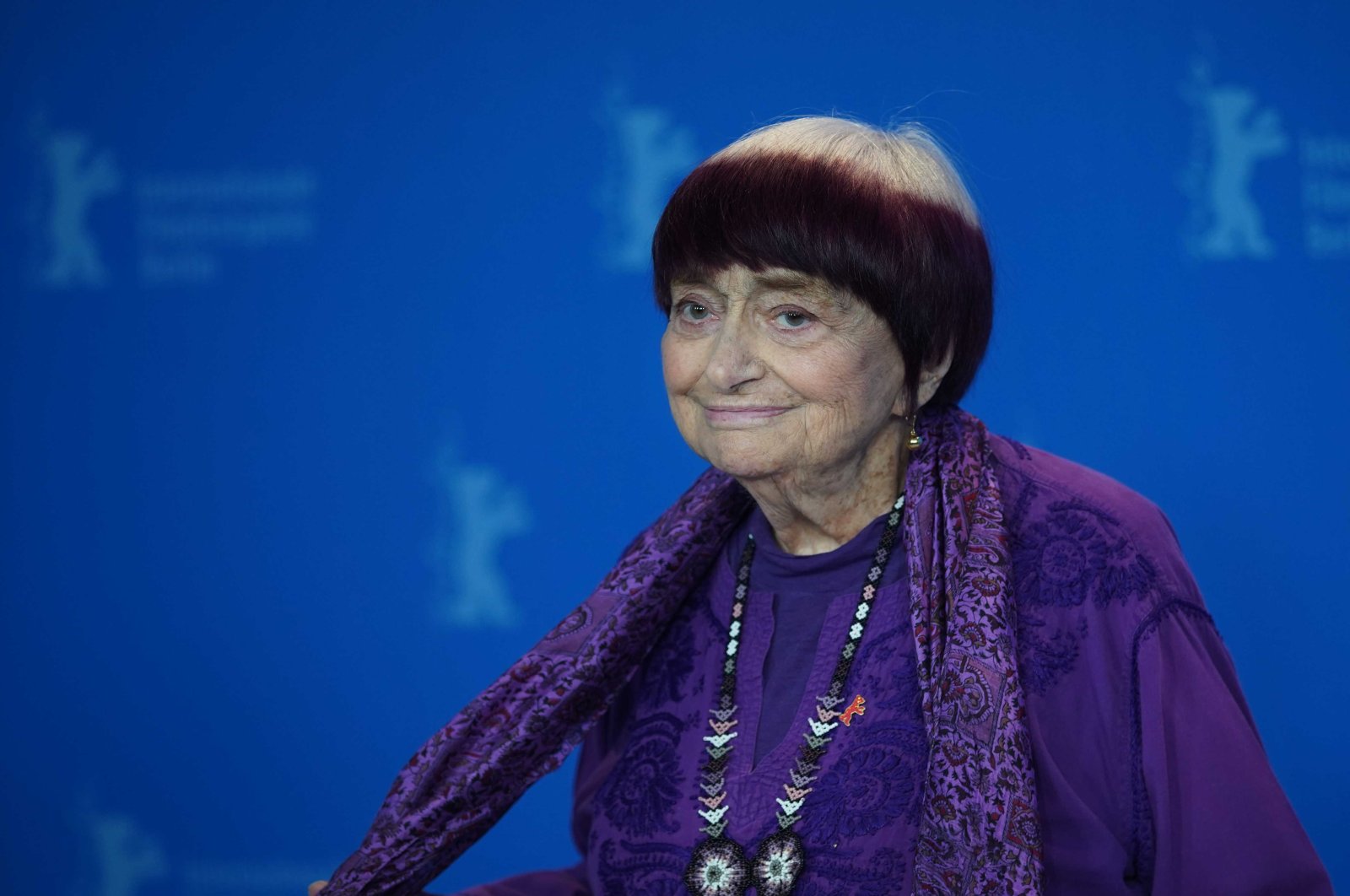 Agnes Varda attends the Varda By Agnes photocall during the 69th Berlinale Festival Berlin at Grand Hyatt Hotel on February 13, 2019 in Berlin, Germany. (Shutterstock Photo)
by DAILY SABAH Apr 10, 2020 11:47 am

“The Little Story of Gwen from French Brittany” ("La petite histoire de Gwen la bretonne"), a short film by Agnes Varda, a French photographer and notable director of the New Wave movement, has been made available for free via YouTube. The short film, which was found a few weeks after Varda's death, has been released by American Cinematheque, which is particularly prominent with their work and publications in the fields of culture and history.

“The Little Story of Gwen from French Brittany,” one of the hard-to-reach short films, features Varda and her friend Gwen Deglise's adventure from Paris to Los Angeles. The production, whose original filming began in 1996, evolved over the years and was finally completed in 2008. Deglise, sent the film to American Cinematheque with a letter describing her life and friendship with Varda, noting that this work meant something special for them. Deglise said that when Varda asked her in 1996 if she could follow her with a camera, she accepted it without hesitation. She cared deeply about the journey and the years that have passed to present this short film in an unmediated way. American Cinematheque has announced that many other short films will be available to viewers in the near future.

The short film is available at https://www.youtube.com/watch?time_continue=2&v=dySwfrzAEeI&feature=emb_title.